It is with great sadness that Wits University Press heard the news of the death of social historian, academic and intellectual Bill Freund on August 17.

Described as one of the grandmasters of SA economic historiography, he was a remarkable and prolific scholar, and the breadth of his knowledge on recent African history was extraordinary. 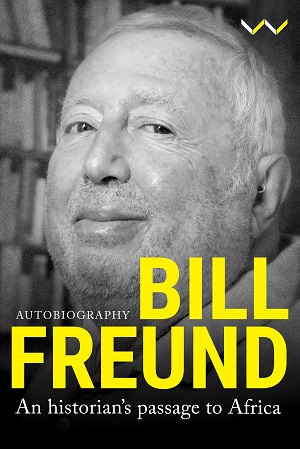 The cover of Bill Freund’s autobiography due to be published in May 20201. Author photo by Rafs Mayet.
Image: Supplied

He had just finished work on his autobiography, Bill Freund: An historian’s passage to Africa, due to be published in May 2021 by Wits University Press.

In this autobiography and intellectual journey, we follow Freund’s progress from a modest (émigré) Jewish home in Chicago, US – where his vistas were extended through voracious reading, inspiring teachers and intellectual engagement – to finding his writing voice in Nigeria, stints at the universities of Chicago, Yale, Harvard and Dar es Salaam, as well as visiting positions at the University of Cape Town and the University of the Witwatersrand, and ultimately settling in Durban, where he was for many years, until his retirement, professor of economic history at the UKZN.

Describing Freund as "the [Eric] Hobsbawm of Africa’s historians", David Moore, professor of development studies at the University of Johannesburg, said: “It is the memoir, or ‘self-intellectual-biography’ of a lost and very brilliant soul, seeking – and finally finding – solace in the study of history and Africa at the cusp of freedom.” 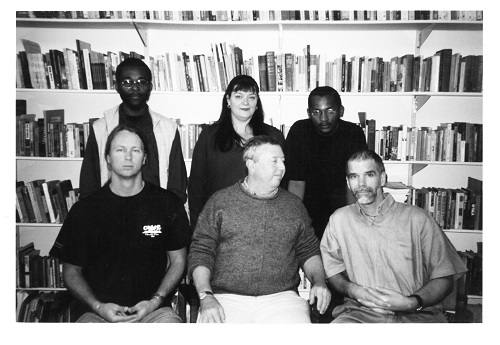 Bill Freund in 2002 when he was head of the department of economic history at the University of KwaZulu-Natal. Seated on his left is Harald Witt and to his right David Moore. Standing behind, left to right, are PhD candidate John Karumbidza, the department's secretary Debbie Boertje, and Buntu Siwisa.
Image: Supplied

Veronica Klipp, publisher at Wits University Press, expressed her sadness at the loss of  Freund: “He was a UKZN institution, an eccentric, a supremely bright and dedicated man who played an important role in nurturing many young academics. He did many insightful peer reviews for Wits Press, combining rigour with a uniquely personal take on politics and the world. He will be deeply missed.” 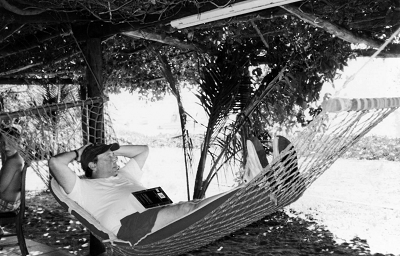 Often described as a Marxist or social historian, Freund wrote in his autobiography with great insight about Karl Marx and economic change in Africa.

This quote is from the unedited manuscript of his autobiography:

Bob (Shenton) inspired me to write, for the very first time, a little piece on contemporary Nigeria which tried to pull the curtain from, rather than celebrate, the oil boom which was having a drastically distorting effect on many aspects of development in the country. It was accepted, not apparently without controversy, by the Review of African Political Economy. He also convinced me to ‘come out’ as a Marxist, that the important thing was to write as one believed. I suppose I don’t always do this but I started to do so and hung my pennant to the Marxist post for many years thereafter.

And there is of course an emotional core to this and it still is not dead in me. As the song says: ‘Well, you ain’t done nothing if you ain’t been called a Red’. That still resonates for me, whether or not it makes the best sense to stand up all the time, and it goes back to my undergraduate days, although this book is really concerned to focus critically on the rationale of socialism, not its gut appeal to the senses.

While others taught African-related subjects, Marxism for me meant increasingly the study of Marx’s understanding of capitalism in its generative form. But it is noteworthy that I have an historian’s Marxism. This historical way of understanding economic change, and notably the idea of distinct modes of production that led to very different political and social outcomes, seemed to me powerful. I went slowly through Capital, which I outlined and carried on into the Grundrisse and other texts. Hobsbawm, whom I admired from my first university class in history, has been one of a limited number of trained historians who addressed Marxist theory. I think Marxism does look a bit different when seen through the eyes of an historian.

Acclaimed author, anti-apartheid activist and journalist Hugh Lewin has passed away aged 79 at his home in Killarney, Johannesburg on ...
Books
3 years ago