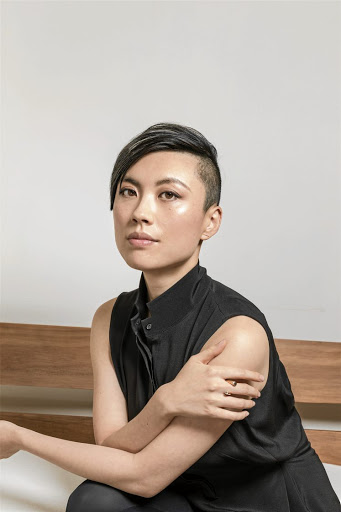 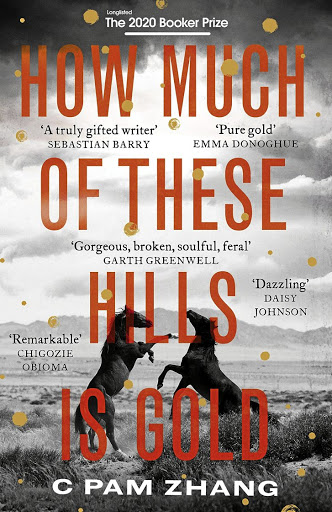 Once in a while there comes a book so sparkling with originality and innovation that it deserves every gold fleck on its cover, as well as its place on the longlist for the Booker Prize. How Much of These Hills is Gold is C Pam Zhang's devastating debut novel which turns the American West tale sideways with a fresh new perspective.

Zhang (the C in her name is short for Chenji) says she cut her teeth on epics of the American West written by the likes of John Steinbeck and Laura Ingalls Wilder. "Those stories, as well as the landscape of this part of the world, are burned into my brain. It wasn't until I was living out of the country as an adult that I realised I had never read anything that captured mine and my family's experiences there. It's a grand and beautiful land, yes, but I experienced such isolation, such uncertainty as to whether I truly belonged. That emotional turbulence was something I wanted to capture in my work - something I'd never seen done against that epic backdrop."

Zhang was born in Beijing and moved to the US when she was four. Her website bio reads: "Born across one ocean, dragged over another. Went willingly every time after. Strange stories. Reluctant realist. Brown/Cambridge/Iowa educated. Lived in 13 cities & still pondering home. Currently located in San Francisco."

So her tale of destitute siblings, 12-year-old Lucy and 11-year-old Sam, is one of heightened awareness. Sam and Lucy are driven to bury their father according to the traditions their long-gone mother passed along to them. They must have two silver dollars to place on his eyes during burial, but they are penniless. In the act of obtaining the dollars they become outlaws and must quickly skedaddle.

Sam bundles their father's body into a trunk, they steal a horse and ride away into an environment where even tough men struggle to survive, never mind two Chinese orphans without any plans or protection. It's True Grit with a shit tonne of grit. It's a coming-of-age tale of loneliness and isolation. And it is a story of not belonging. It is also a tale of who is allowed to have the land and who is allowed to call that place home.

Lucy, Sam and their "ma" and "ba's" experience mirrors what is happening to immigrants in America today. It's the age-old tale of people who are born American but who are not allowed to claim it as their home. The novel addresses the fact that Chinese-Americans - native-born and immigrants - who played a huge part in building and creating the American West, have been mostly erased from history.

Zhang says she wanted to acknowledge this and tell a story that had a mythic, timeless quality to it. "The book has historical echoes but is ultimately re-imagined, with dates scrubbed and no locations named. I think there is something in the national DNA of the United States that loves these mythic stories; that understands itself better through them. From the way the Revolutionary War and the Civil War are taught using larger-than-life figures, to the stories that lured prospectors to the original Gold Rush, and immigrants to these shores."

It's also a story of trauma, loss and grief. Sam is determined to honour their father, to find the perfect burial place for ba. This is despite the violence they experienced by their father's hand after their mother died.

Zhang says she wanted to write about grief and the experience of it. Her father died when she was 22. "I'm interested in how rituals and remembering helps us process grief. The children in the book are given no time to sit with their emotions after their father's death, since they must launch into survival mode. The burial and the companionship of the body are ways to process death."

Zhang's writing is silky and poetic. She takes on the landscape, creating fable-like descriptions of the dust, fire, floods, poverty and the beauty of the land. She writes: "From afar, the hills of her childhood look washed clean. She's lived her share of rainy seasons, but she lived them down in the muck. Where thin soil became soup, each day waterlogged by the suck-tide of living."

Zhang wrote poetry when younger but says she never published it - or got a handle on the form. "Many great prose stylists are failed poets, I suspect. I was overindulgent and undisciplined as a poet, whereas the constraints of fiction - plot, characterisation, chapters - keep my tendencies in check."

These are some of our favourite must-read debut books written by female authors - and there's a bit of something for everyone from crime thriller to ...
Books
9 months ago

In worlds where God has become man

Imagine how life has changed in a year, then let Ken Liu take you 5,000 years into the future, writes Sanet Oberholzer.
Books
1 year ago

Staring into the heart of darkness

Deft storytelling and journalism take us through the orchestrated violence perpetrated on women in war zones, writes Busang Senne
Books
1 year ago
Next Article