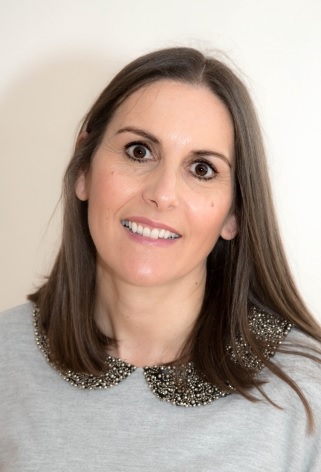 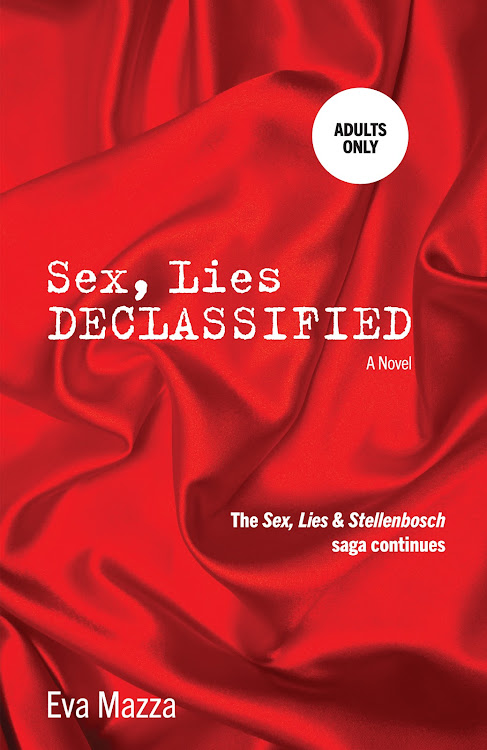 The pastoral Western Cape dorpie of Stellenbosch is home to far more than vineyards, scenic routes, top-tier restaurants, oak trees, and distinguished Afrikaans high schools. Affluence abounds, and the one-percenters of this town relish in hedonism and Bacchanalian-soireés.

Long-time resident of Stellenbosch Eva Mazza introduced us to the lascivious lives of the winelands' wealthiest in her best-selling 2019 debut novel Sex, Lies and Stellenbosch - and they're back in all their sordid glory.

Sex, Lies Declassified (published by Melinda Ferguson Books) follows our protagonist Jen's cumings (typo intentional) and goings in the Mother City and Stellies. Her estranged husband John, their daughter Brigit, and her numerous fabulously prosperous friends add to the smorgasbord of skandaal, spectacle, and drama.

1. If you were to summarise Sex, Lies Declassified in five words, what would your select adjectives be?

Steamy, scandalous, sexy, salacious, spicy. There you go, some alliteration so you know it’s a sizzler.

2. As with its predecessor, you don't draai any doekies om when it comes to tapping into your inner-Anaïs Nin (i.e. the sex scenes are H-O-T). How much fun did you have penning amatory passages?

Sex scenes are such fun to pen, especially when you’re over 50 and you’ve been married for just about that long (and to the same man), so I’d rate penning amatory passages up there with illicit sex, except I’m not committing adultery and I definitely won’t contract a sexually transmitted infection.

Okay so you’ve got Brigit and Jen’s tempestuous relationship. That whole mother/daughter thing that happens, particularly when a daughter hits puberty and her mom is just so not cool. Unfortunately, Brigit still carries it over into early adulthood. Her mother’s inability to stand up and be strong irks Brigit and she lashes out by being a bitch. I think when Jen finds her voice and her strength, Brig begins to respect her more.

As for Brig and her daddy, well, she’s spent most of her life trying to gain his approval. John loves Brigit (if he is indeed capable of love). He really does get a kick out of the alliance they have against Jen. Things are strained between the two in the second book for various reasons – one being that Brigit begins to see what a dog her father is. Plus he certainly tests her by demanding a paternity test, but Brigit amazes the reader with how much more forgiving she is of John’s flaws than of her mom’s.

As for the relationship John has with Pete. Pete is a mommy’s boy (a great irritation to John). What’s more, Pete knows things about his daddy, and John is aware his son is onto him. I believe they both are repulsed by each other for various reasons.

4. Therapy plays a significant role in Sex, Lies Declassified. Not only is Jen's close friend Sharon a relationship counsellor, but Jen and John are both in therapy.

Please comment on the necessary role of normalising therapy via fiction, and on men seeking therapeutic help without connotations of shame

Therapy plays a role in Jen’s healing as well as with her daughter’s ‘issues’. John has been encouraged to attend therapy in an attempt to “unf*&k” himself in Declassified. It’s normal to seem to have everything and still require help, and I’ve tried to illustrate this in both novels. It’s just whether you’ve bought into it or not. Jen certainly has and it has helped her unpack certain issues, as it has for Brigit. But as for John, he’s basically playing around with his therapist and using it to ingratiate himself towards his daughter.

There is the answer to the next question - men seem to be more resistant to seeking help. It’s not perceived as 'manly’ or even necessary. And that’s really not true. Another important aspect of attending therapy, especially couples’ counselling, is if both are willing (and normally it’s the man who isn’t). I may be biased here, but generally men are the reluctant participants unless they’re ‘forced’ into going. In my backstory to Jen and John, I know  Jen tried to get him to attend couple’s therapy and he was averse to it. Fathers also seem to be the ones who are resistant to their children attending therapy. It seems an indictment on them as parents. This I know because I have a few therapists for friends.

4. Cape Town can be described as a secondary character of the novel. What was it like taking a 'break' from Stellenbosch, and how did you decide on the specific spots where Jen and co dine and imbibe?

Cape Town is a very sexy city, so I had loads of fun setting Declassified in the mother of all cities. I had a jol observing the Friday mix at the Radisson RED’s Roof Bar and the engagement between the patrons, especially between the older men and younger women. Gorgeous George was the new sexy kid on the block, so my characters had to go there, too. And, of course, Camps Bay has a great strip of bars and restaurants. No Capetonian escapes a hike up Lion’s Head or Table Mountain. And the V&A Waterfront is everybody’s man-made destination, and Willoughby’s an institution – a great central meeting place where you know you’re going to get really great sushi. (I hope it made everyone lus for a visit after this very long and depressing lockdown.)

5. Your protagonists are exceedingly wealthy, leading lifestyles the majority of us only vicariously experience via books/films/TV shows and so on. The 'scandalous lives of the rich and famous' is a definite draw card within literature; why do you think readers are so attracted to the lives of the larneys?

We love to peek into the lives of the larneys and live vicariously through them. But we especially love it when we discover that no matter how much money they have, they still have the same problems as we mere mortals do, but the larneys seem to fall harder when they fall (which makes us feel a whole lot better). It’s that idea that we really are all the same: there’s adultery, there’s extortion, there’s murder, there’s sex . It’s just the setting is glorious and seemingly respectable, which makes the transgressions more shocking.

7. Patty is an anomalous character in that she isn't white, isn't as rich as Jen, et al., and works for a jintelmans club (an environment regarded as distasteful/sleazy by the Western Cape's one-percenters). Please comment on how the inclusion of Patty speaks to a broader readership.

I’m not sure it was my intention to make Patty speak to a broader readership. When Patty was created she was created in the gorgeous Pearl Thusi’s image. That’s my explanation. I’m a little in love with her.

8. In your acknowledgements you wrote the following: Thalia and Mia for understanding that mommy is thinking, mommy is busy, mommy has a deadline. Who the heck is Jen? One day, when you’re twenty-one ...

If you were to put an age restriction on Sex, Lies Declassified, what would it be? (As an aside - have either of your daughters read your work?)

I have four daughters spanning two very different age ranges. So Thalia and Mia are far too young to read the sex trilogy. Besides being inappropriate, it’s just 'eww' for them (and me). My 29-year-old and 26-year-old had to push through the sex scenes only because they were written by their mom, although my eldest was less iffy about it than the second was. I’d say I’d be comfortable with an 18-plus readership. I’m actually quite a prude when it comes to this kind of thing (it’s the teacher in me).

9. A timely question: of all your characters, who would you most like to be quarantined with?

For sex definitely Leonard. I just can’t believe my readers don’t find him as sexy as I do.

For a good fight, Frankie.

For scandalous stories, Patty and John.

Shew Mila, lockdown has been a thing. Next year, just towards the end of next year.

Eva Mazza's sequel ... what happens next in steamy Cape Winelands

'Sex, Lies DECLASSIFIED' is the much anticipated sequel to Mazza's steamy debut
Books
1 year ago

"I was intrigued by the marital angst of the affluent - and that is why I chose Stellenbosch."
Books
2 years ago