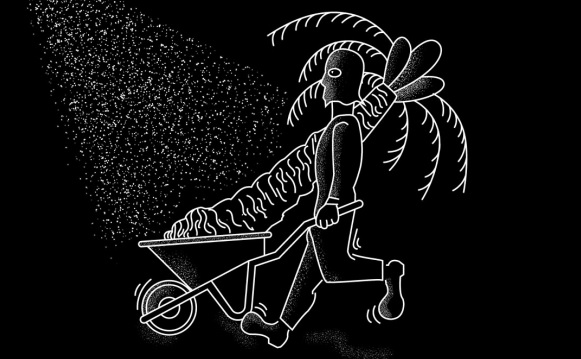 The smuggling of cycads is front and centre of this novel, with Park imparting interesting info on the hows and whys a terror group would want the plants.
Image: Siphu Gqwetha

This title may seem suited to our recent state of being, but Last Survivor is actually about cycads and murder. Dun dun dun. Tony Park brings back his beloved character Sonja Kurtz, the no-nonsense hardass detective, bodyguard and mercenary. In Last Survivor, she is contracted by the CIA to help Joanne Flack, who has been framed for stealing a priceless cycad and selling it to terrorists. Kurtz is not afraid to get into the middle of a gunfight, in fact she thrives on the adventure. She doesn't fear much, except any form of commitment to her long-suffering boyfriend Hudson Brand, a safari guide/private detective.

Park explains that Kurtz, an unlikely female mercenary, became the lead character in his series of action thrillers because of a series of fortunate events. "While sitting at my Land Rover mechanic's garage many years ago in Nelspruit I got talking to a nice old man who, it turned out, had been a mercenary in the 1960s. I thought 'I should write a book about mercenaries'. I also happened to be reading Against All Odds by Eeben Barlow, about the mercenary firm Executive Outcomes. Barlow mentioned that when setting up the company he was surprised by the number of women who applied for a job. I decided to make the lead in my first 'Sonja' novel, The Delta, a female and I've loved every minute since. I like thrillers with strong female leads." 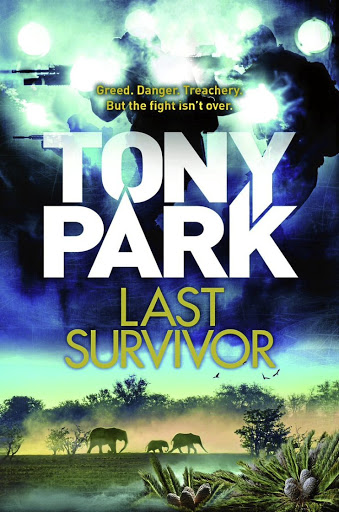 And it shows. His other lead in this novel is another complex female character. Flack at 59 is dangerous, and out to protect herself by any means possible. She runs away to London, where she foils what seems to be a terrorist attack, killing a knife-wielding man with a swift double tap from a gun she grabs from a dying policeman. Now she's on the run from the gang who international intelligence agencies surmise could be the source of the next 9/11.

Even though plants don't seem like a sexy basis for a thriller, the smuggling of cycads is front and centre of this novel, with Park imparting interesting info on the hows and whys a terror group would want the plants. He keeps it light and entertaining, with the cycad in question being an extinct female of the Encephalartos woodii (pronounced woody-eye).

After he learnt about the smuggling of cycads, Park says, he was driven to write. "I think the fact that I knew nothing about this multinational, highly lucrative trade made me want to share my new-found knowledge with a wider audience. Social media is awash with armchair experts accusing people in Asia and other parts of the world for fuelling the trade in rhino horn, ivory and pangolins, but the fact is that your next-door neighbour in Joburg, Sydney, or Los Angeles could be dealing in illegal cycads and contributing to the extinction of a species.

"I wanted to remind people that poaching is not about race or culture, it's about greed. A die-hard (honest) cycad collector friend told me all about the illegal trade during a tour of her amazing garden. Rare cycads can and do sell for upward of R1m, but if an extinct female Encephalartos woodii were to be somehow rediscovered, the premise for Last Survivor, my experts tell me it would be priceless. We decided a crooked collector might easily pay R100m for such a specimen."

Park reflects this die-hard collector's spirit in Flack. She is a member of the wonderfully named Pretoria Cycad and Firearms Appreciation Society - a hilarious and ageing motley crew of South Africans who love the ancient plants just as fiercely as they love their guns, and take it upon themselves to track down the precious cycad they think Flack stole.

Park says he created this society as he wanted to inject more humour into Last Survivor than he did in previous novels. This was "partly to challenge myself, as a writer, and hopefully, to engage readers. I write thrillers, so I also needed to find a way to inject a bit of action into the illegal trade in plants. The group isn't based on truth, but I know quite a few mature people in South Africa who carry firearms!

"I'm 56 and I served in the Australian Army in Afghanistan, but as a military veteran I am a rarity in Australia among my friends. However, many of my friends in South Africa and Zimbabwe of my age have seen military service. The cycad and firearms society are a disparate group, but they share a love of plants and the bond that unites those who have served or faced adversity."

Park keeps the action at high intensity throughout the novel. The only drawback is that for a South African reader the discussion about politics in and around southern Africa does become trite, and the minor characters are a bit stereotypical. But, simply put, Last Survivor is one lekker skop, skiet en donder.