Listening for their voices 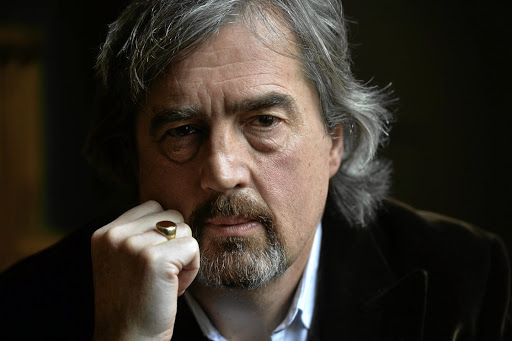 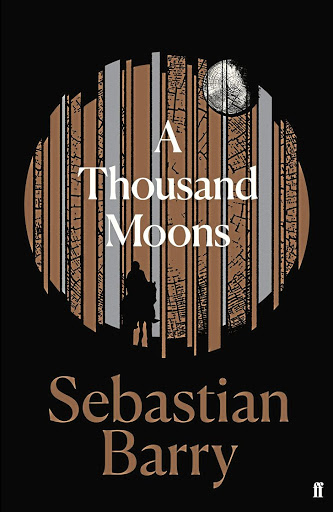 Even as you speak to Sebastian Barry about the narrative miracle that is his latest novel, A Thousand Moons, you find yourself longing to ask aloud, as a child might, what kind of magic do you use? Sebastian Barry is, of course, famed for writing novels of soaring lyrical beauty. Novels that have won him two Booker shortlistings, two Costa Book of the Year Awards, the Irish Book Awards Best Novel and the James Tait Black Memorial Prize, to name a few.

His 2016 Costa Award-winning novel, Days Without End, was deemed by fellow novelist Kazuo Ishiguro "a true left-field wonder" for the way it told the story of Thomas McNulty who, after being orphaned in the great Irish famine of 1847, sails to America where he fights in the Indian wars and in the Civil War.

A Thousand Moons, which is his follow-on novel to Days Without End, is a wonder of a different order. Narrated by Winona, the young Lakota woman who in Days Without End is adopted as an orphaned child by Thomas McNulty and the love of his life, John Cole, it is a coming-of-age story like no other. And if it weren't risky enough in the current moment that Barry should inhabit the character of a dispossessed Native American woman in a violent Civil War-ravaged corner of Tennessee in 1870s America, it is as if he has invented a whole new syntax for Winona. Her "voice" as she speaks of being nothing in her homeland pierces the heart.

For Barry, who spent a year waiting on the voice of Thomas McNulty, the possibility of locating McNulty's adopted daughter's voice for a different novel was the question he posed himself from the outset. "Can a stupid, white, old, straight Irishman like me sit still enough in his workroom for such a voice to occupy the space?"

The impulse to do so, he explains, came when he realised "that we only have Winona through the eyes of Thomas and John and, not to blame them, but I thought that was inescapably, a sort of colonial victory.

"So I thought, can we have her eyes? Is it possible to absent myself completely in all my disqualifications as it were, so she can speak? And I really had to lean in to hear her, but I was resting my faith in the fact that I was listening to something with a sort of wild, Einsteinian authenticity to it. That you can put your trust in Einstein's declaration that although we move up through time, that doesn't mean that the landscape we've moved through is not there anymore."

Barry has long put his trust in Einstein's theory of continuous time when writing his novels, and believes it's why his later novels have started to be written by the characters themselves, for example, Roseanne in The Secret Scripture, as well as Thomas McNulty and now Winona. "The writer can be a receiver of signals, like a peculiar radio of some sort where certain things need to be said, but were not said, or were met with deafness and blindness. This is to me, the essence of the historical novel."

Keenly aware of the controversy surrounding the novel American Dirt, and accusations of cultural appropriation that have attended its publication, Barry cites his writer friend, the now deceased Peter Mathiesson's belief that DNA is the most important thing we've learned in our lifetime, and that we're all the same family.

"So I do rest my faith there, that we are that creature who set out 200,000 years ago from Africa and spread around the world. I claim Winona as a daughter in the supposed past because she, it seems to me, came up the decades to rescue me and give me insight and knowledge for my own daughters, her descendants in essence. And who am I to refuse that?"

Barry has also put in many years reading American history and can cite chapter and verse on the way Native Americans were, like the Irish at the time, "nothing in the eyes of government let alone in the eyes of the population. Anything was allowed to happen to you, no mercy to be shown to you."

He also recalls an encounter in more recent times with a Native American woman who resembled one of his cousins in Wicklow, manning a small museum for the Miwok people in California. She had grown up on a reservation and told him how every time her father went into town for provisions he was beaten up, without fail.

"If you could pierce somebody through with a piece of information without killing them that's what she did. I just stood there and hoped I wouldn't fall down. And that," murmurs Barry, "is where Winona begins, what she tells you."

Just as he came to view Days Without End as "a sort of magical prayer" to protect his son Toby who is gay, Barry says: "I think of A Thousand Moons as unfurling a template of courage or magic to protect my daughters and all young women. And, indeed, all the young women I've seen with my own eyes all my life, but sometimes not with proper sight. I think we men, post the Me Too movement, have to get the scales off our eyes. We're like the creatures that have seven lids," he adds, "and we need to get rid of those seven lids, and see and see and see." @BronSibree

Spirits of the Irish

Her world, our stage

Bron Sibree talks to Anne Enright about writing, sex and a book's life in the world.
Books
7 months ago

The lure of Aussie noir