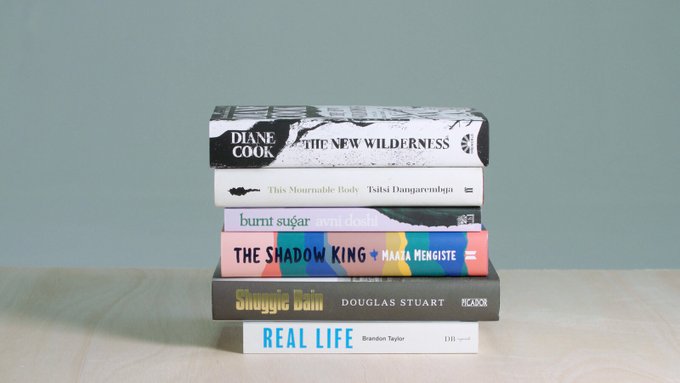 The six titles shortlisted for the 2020 Booker Prize include two novels by African authors.
Image: Supplied

The six titles shortlisted for the prestigious Booker Prize were announced on September 15.

First awarded in 1969, the Booker Prize is regarded as the leading prize for high-quality literary fiction written in English.

Two African authors have been recognised, with novels by Zimbabwean Tsitsi Dangarembga and Ethiopian-American Maaza Mengiste, This Mournable Body and The Shadow King, respectively, making the shortlist.

The six titles vying for the esteemed award are:

This year's winner will be announced at a ceremony at London's Guildhall on November 17.

The 13 novels longlisted for the prestigious Booker Prize were announced on Tuesday.
Books
1 year ago

"Excuse me?" says the white woman, giving you a tolerant smile.
Books
2 years ago