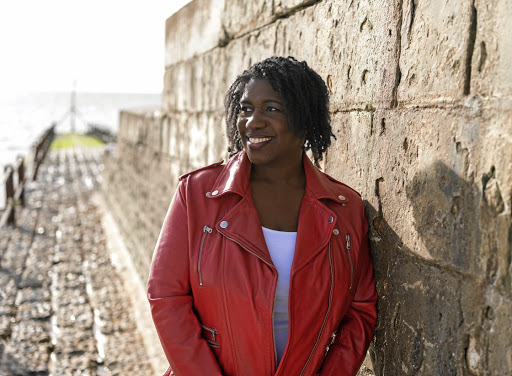 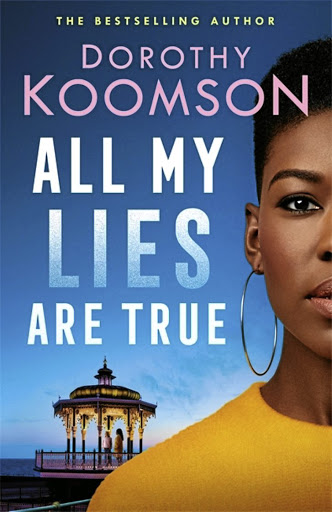 If you are a fan of Jodi Picoult, Liane Moriarty or Lucinda Riley, Dorothy Koomson should be one of your go-to writers. The award-winning British writer has written 16 novels, translated into more than 30 languages. My Best Friend's Girl (2006) sold over 500,000 copies and The Ice Cream Girls (2010) was loosely adapted into an ITV1 production in 2013.

Her latest novel, All My Lies Are True, is the sequel to The Ice Cream Girls - the novel, not the TV show. The Ice Cream Girls follows teenagers Serena Gorringe and Poppy Carlisle, who were accused of killing their teacher in 1987. He was abusing the two in horrific ways but the public believed they had seduced him. After a lengthy trial, Poppy is sent to jail and Serena is let go. Seventeen years later Poppy is released and wants to set the record straight - that Serena killed Marcus.

But did she? Or did Poppy? Both were there. Both had the opportunity. It's cleverly crafted and Koomson keeps the reader guessing until the very end. It did not seem as if it was written with a sequel in mind.

"I've always said that I'm not a big fan of sequels. I put my characters through so much, I don't want to put them through any more trauma," says Koomson. "And then, last year I was thinking about The Ice Cream Girls. I was thinking about how the laws in the UK have changed, and how people are aware of coercive control, emotional and mental abuse and that it's not just physical abuse.

"I thought about revisiting The Ice Cream Girls but not to any great degree. Then I was on a train and there was a couple who were having an argument, but not really. The man was telling off the woman. He was taking her apart but he wasn't shouting or being physically violent. He was calmly and quietly beating down on her until she started crying, and then [he] looked quite triumphant. I thought, how do us lot, who stand around on the outside of abusive relationships, how have we changed? Because everyone knows about it now and about the mechanics of it. But what do we do about it? Do we actually talk to our friends? Do we create safe spaces where they can leave? Or do we even talk to them about leaving? That's why I decided to revisit The Ice Cream Girls."

In All My Lies are True, Serena's daughter Verity learns from Poppy's brother Logan that her mother was one of the infamous Ice Cream Girls. Verity is distraught and to keep Logan away from her family she starts meeting him in secret so they can find out more about what happened in the court case. They form a relationship and chaos ensues.

Koomson says she wanted the book to be about how abuse ripples and echoes. "The focus is on Verity, who was 14 in the first book and didn't know anything about her mother and then in the second book she discovers what happened and that puts a dent in her faith in her mother. She gets involved with Logan and the reader doesn't know how their relationship really plays out. Serena and Poppy are on the outside looking in and being horrified by what they see but also by wondering if their loved one is the abuser or the victim and how to deal with it."

Koomson says she writes about the universal human experience and not about the "black experience". "This idea that the black experience exists and that we all have to sing the same song is ridiculous. No-one expects everyone else to all vote the same way or believe the same things. I write about people."

"All my characters are main characters in their own right, they are the love interest, or they're the slightly kooky girl or the person who goes through hardships. Readers actually care who they are instead of being just the black body that gets killed offscreen who people forget. I want to tell stories of all different women and most of them are black."

A new generation of fictional female crime-fighters and women crime writers is coming to the fore, with their own way of doing things, writes ...
Books
5 months ago

'How Much of These Hills is Gold' is an age-old tale of people erased brought to vivid life in this brilliant debut novel, writes Jennifer Platt.
Books
4 months ago

Kiley Reid's deceptively breezy debut is an insightful dig at our troublesome attempts to grapple with everyday privilege and race, writes Jennifer ...
Books
8 months ago
Next Article