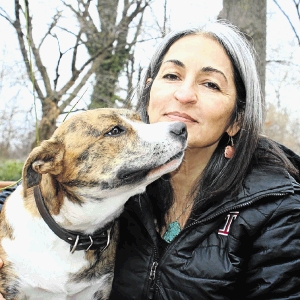 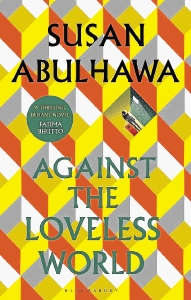 "I've been writing this story in my mind for over 20 years. Like my other novels, some of it came from direct personal experience. Some of it from research. Some, imagined," the international bestselling Palestinian-American author Susan Abulhawa writes in the acknowledgements of Against the Loveless World, in which she explores Middle Eastern politics, displacement, identity and, ultimately, the value of love and humanity's innate dependency on this abstract noun as élan vital.

Abulhawa deflects from the archetypal love story as the protagonist Nahr recounts her formative years growing up in 1970s Kuwait from her cell in solitary confinement, which she refers to as "the Cube", interspersing personal relationships with that of the political.

Born to Palestinian refugees in Kuwait, Nahr and her brother Jehad are raised by a single mother (their philandering father died of a heart attack in one of his mistress's beds), sharing their confined flat space with their dismissive, cranky grandmother.

Living in near-abject poverty, her family can't afford to send the academically gifted Jehad to med school, and Nahr becomes a sex worker as a means to realise Jehad's aspirations.

We are then introduced to the memorable, complex character of harem madame Um Buraq, a tawwe koekie who - with reason - can be described as a misandrist on account of the number of times men have deeply disappointed and emotionally harmed her. She instills a sense of proto-feminism in Nahr, who quickly loses her naiveté.

(There's an endearing scene in which a fellow sex worker asks Nahr whether she prefers Black Label or Red Label - a question which is met with "It's alcohol! I thought you were drinking cola!" from our protagonist.)

The darker side of sex work is delved into in harrowing detail: Nahr is gang raped on the eve of Saddam Hussein's invasion of Kuwait and eventually flees to Jordan with her family, following the torture of Jehad at the hands of the Kuwaiti police who regard Palestinians as Hussein's allies.

Abulhawa's novel is centred on Middle Eastern politics and a knowledge of, or interest in, the conflict and geography of the region is beneficial, as googling tends to interrupt the narrative flow. Not to despair though: Against the Loveless World is anything but a dull historical account of political unrest.

Once back in Palestine to finalise her divorce from an Iraqi soldier, Nahr meets his brother - the handsome guerrilla Bilal, and becomes embroiled in cover operations including weapons smuggling.

Via Bilal's group of resistance fighters, Abulhawa delivers a powerful reminder of how circumstance forces one into a life of uncertainty, vulnerability and instability, after an educated daughter of a wealthy Palestinian family makes a glib remark about Nahr's history as a sex worker, which Nahr responds to:

"Those destitute refugees from Iraq and Ethiopia you like to talk about with such feminist fervor - do you know what they do in Amman? They sell their daughters and sons. Honor is an extendable luxury when you have no means or shelter in this fucking world . We are not all blessed to receive a good education and inherit what it takes to live with some dignity. To exist in your own land, in the bosom of your family and your history. To know where you belong in the world and what you're fighting for. To have some goddamn value . Some of us, Madam Honor, end up with little choice but to Fuck. For. Money."

Nahr's involvement with the resistance fighters sees her being arrested and sentenced to solitary confinement in an Israeli prison, which Abulhawa opens with: "I live in the Cube. I write on its glossy gray cinder-block walls however I can - with my nails before, with pencils now that the guards bring me some supplies."

By way of the tangibly claustrophobic confines of the Cube, Nahr's painful memories, and perennial hope that Bilal - "the most complete human being I've ever known" - isn't suffering, Abulhawa has created a lasting story on the complex nature of love, contingency, and the individual's experience of the devastation of war.

Raffi Berg's book is a tale of adventure and he tells it with panache, writes Margaret von Klemperer.
Books
8 months ago

Beyond the call of duty

For Munjed Al Muderis, his personal safety did not figure in his decision to go back to the Iraq he had fled as a youth, writes Bron Sibree
Books
1 year ago

Not your average get-in-bed read