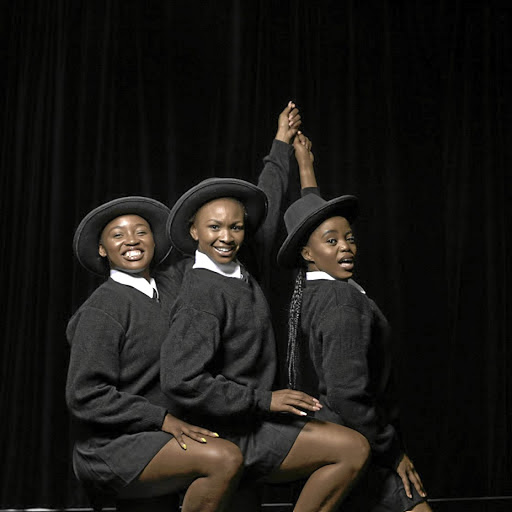 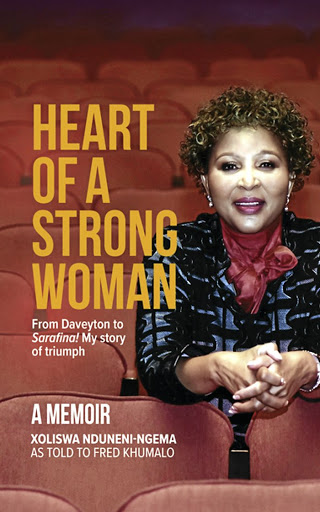 When the musical Sarafina! exploded onto Broadway and became a runaway hit on stages across the world, Mbongeni Ngema and his then wife, Xoliswa Nduneni-Ngema, the powerhouse behind the Committed Artists theatre troupe, made artistic history.

But, behind the scenes, Nduneni-Ngema was trapped in an abusive marriage that - entangled as it was with their creative success and fame - was difficult to escape.

Her courage, underscored by planning, finally got her out.

The courage it took to stand up to her talented, charming and brutal husband - and to challenge the "sexually toxic" culture that thrives in the shadows offstage - blazes through her memoir. This is essential reading for any woman who wants to understand what abuse looks like up close - to have an insight to what #MeToo looks like in local theatre.

But the story is much broader than that, shining a spotlight on South African theatre in the '80s and '90s, when she was in charge of blockbuster productions, and giving a glimpse into a polygamous marriage from the wives' perspective.

Nduneni-Ngema shares intimate insights into her life with the womanising Ngema and beyond, like the acts of a play. They span the period from her first meeting him as a schoolgirl in 1979 to her divorce from him early in 1992.

Written in a conversational style, the story opens with mystery and picks up the pace from the first scene. Her account comes across as searingly honest, tinged with irony and humour.

Woza Albert!, Fear and Loathing in Lagos, The Harem Grows, Underground, Storming the Bastille and Truth and Reconciliation are chapters in the book, which feature people like Sarafina! star and Ngema's second wife Leleti Khumalo (now also divorced from him).

But the hero in this book is Nduneni-Ngema, who gets a grip on your heart and throat with her revelations and doesn't let go.

Ngema is more than a two-dimensional villain. His brilliance is celebrated, before it dims amid his abuse of power involving his wife and young cast members.

Of some 150 members of the Sarafina! production in Lagos in 1991, Nduneni-Ngema writes, not one came to her rescue when she was trying to stop Ngema beating her up in a hotel room, a trauma that ended with rape.

"Mbongeni has grabbed my body around my hips, lifting me off the floor, pushing me against the windows ... I screamed. Help! I screamed again and again. Continuously. Nobody came."

I screamed. Help! I screamed again and again. Continuously. Nobody came

The authors note: "Mbongeni's recollection of this particular episode is different ... 'When she says I beat her up, I did not'."

Following the Nigeria trip, Nduneni-Ngema picks up her duties at Committed Artists while filming on the movie of Sarafina! starts.

One night after Ngema has lashed out again, Nduneni-Ngema seeks refuge with a psychologist friend, who jolts her by saying: "I think you enjoy being abused by Mbongeni. He beats you up, he abuses you, yet you keep going back to him..."

Nduneni-Ngema goes underground, during which time she confronts her demons. "Day by day, I began to realise the young/zombie Xoliswa, though she physically resembled the real Xoliswa, had long ago begun to bury the attributes and values that had become the hallmark of the original...

"Real Xoliswa knew she would never be bullied by a man ... Fake Xoliswa whispered in her ear: 'Take it easy, things will be OK. Relax. Time heals.' Real Xoliswa acquiesced. Not only did things not turn out OK, they got worse."

She is ready after one year to start a new life and emerges from hiding. Following her divorce, she single-mindedly pursues her career, taking up high-profile positions including as CEO of the State Theatre. At the time of publication, Nduneni-Ngema is CEO of Joburg City Theatres.

She writes: "I am telling my story now in an attempt to break the silence, to break this vicious circle which breeds an environment fertile for the abuse of young innocent women who are trying to make an earnest and honest living in the artistic industry. The industry does not have to be sexually toxic."

"It is the spirit of these women ... which continues to inspire me, to give me courage to go on and push open the doors that have long been closed to us."

‘I am going to kill you, bitch’: Ex-wife tells of alleged abuse by Mbongeni Ngema

For years, Xoliswa Nduneni-Ngema’s jet-set lifestyle of travel and shopping was a veneer that covered an unhappy relationship with an allegedly ...
Lifestyle
1 year ago