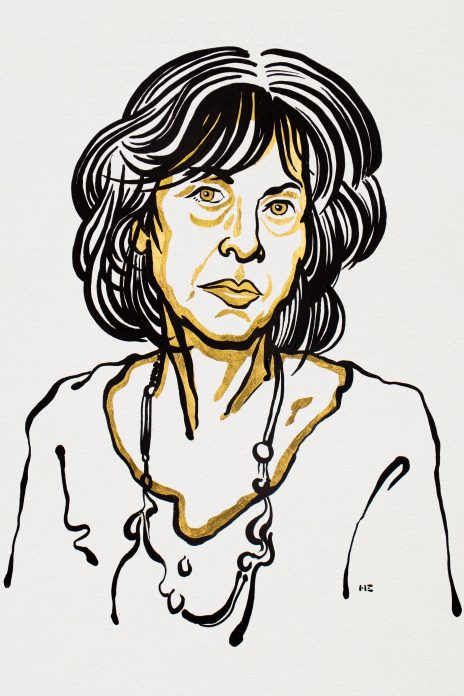 A sketch of the 2020 recipient of the Nobel Prize in Literature, Louise Glück.
Image: Niklas Elmehed. © Nobel Media.

US poet Louise Glück was announced as the recipient of the Nobel Prize in Literature 2020 on Thursday.

The Swedish Academy, which selects the annual winner, lauded Glück for "her unmistakable poetic voice, that with austere beauty makes individual existence universal".

Glück, whose prose often draws on death, loss, relationships, childhood, nature, and Greek mythology, is also a recipient of the Pulitzer Prize for Poetry (1993), the Bollingen Prize (2001), and the National Book Award (2014).

Awarded to the author of any country, who has, in the words of the will of Swedish industrialist Alfred Nobel, produced “in the field of literature the most outstanding work in an ideal direction", the Nobel Prize in Literature is considered the world's most prestigious literary award.

Soyinka and Gordimer's wins are of special significance, as Soyinka was the first black African author to receive the award and Gordimer the first white African woman to be announced the recipient of this coveted prize.

The six titles shortlisted for the Booker Prize include two novels by African authors.
Books
1 year ago