I'm with the band 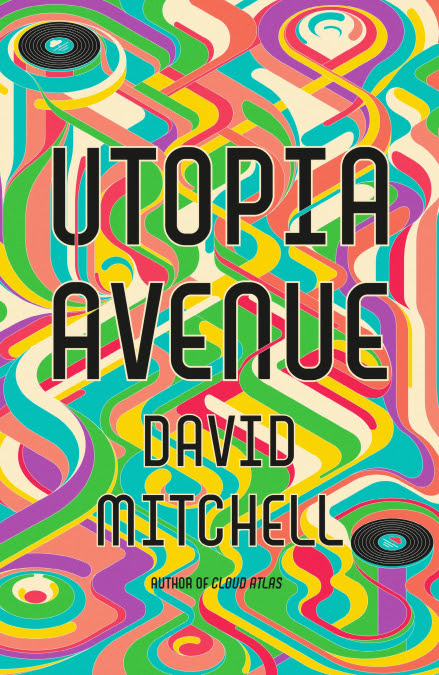 David Mitchell’s 'Utopia Avenue' has a beginning, a middle, and an end, and it will make you happy.
Image: Supplied

Mitchell's other books straddle the rungs between these extremes and do not cause such fervent clashes of aesthetic loyalties but Utopia Avenue, his eighth novel, has stoked the embers of this battle.

Cloud Atlas disciples have sneered at its readability and its linear structure (it has a beginning, a middle and an end, and generally you always know what's going on). Members of the Black Swan Green brigade, of which (disclaimer) I am one, are foisting Utopia Avenue on friends, urging them to: "Read this. It will make you happy."

In 560 pages, Mitchell tells the stories of four young musicians whose lives become intricately entwined when they form a band in London in 1967. Utopia Avenue, the name of the band, came to guitarist Jasper de Zoet in a dream. He explains it to the others like this: "'Utopia' means 'no place'. An avenue is a place. So is music. When we're playing well, I'm here, but elsewhere too. That's the paradox. Utopia is unattainable. Avenues are everywhere."

It is irrelevant to mention that Jasper is related to the protagonist of a previous Mitchell novel, because Mitchell adds these swirls for fun and not significance. Jasper's tragic backstory might be the source of his perilous state of mental health, or it might just be who he is. We worry for him, but he is also the source of much comedy. Humour sparkles throughout the book, counterbalancing the hardships and heartbreaks that fall, as rain must, into each character's life.

The other band members are bass player, blues vocalist, working-class hero and babe-magnet Dean Moss; Elf Holloway, a middle-class folk singer and pianist whose controlling Australian boyfriend deserves a punch; and jazz drummer Griff Griffin, who swears a lot, probably because he is from Yorkshire.

The era is important. In the UK there is still postwar bitterness and much grime and drudgery. In the US there are anti-war protests and the creep of capitalism into the freedom-espousing world of music.

In one of many cameos sewn into this fiction, Jerry Garcia calls 1966: "The Summer of Granted Wishes." In the same vignette, Paul Kantner of Jefferson Airplane tells the awestruck Utopians a yarn about a barefoot friend who asked a stranger to lend him sandals so he'd be allowed on a flight out of San Francisco. The stranger happily complied.

"That exchange," says Paul, "could only have happened in a narrow window of a few months between 'sixty-six and 'sixty-seven . Now, in 1968, it's too late. The stranger would say, 'Sure you can have them - five bucks, plus sales tax'."

It is inevitable that a novel immersed in the musical culture of the late '60s will emit a nostalgia tangible even to readers born long after the fading of embroidered bell bottoms, but Mitchell never allows his story to sink too deep into melancholia or saudade. He does this mostly by making his characters so vibrant it doesn't matter when or where they live.

He also does it by making even the most tone-deaf reader almost able to hear the magical process of songwriting and feel the enchanted pull of music. Jasper, in a moment of rare eloquence, puts it best: "If a song plants an idea or a feeling in a mind, it has already changed the world."

Last year, Taylor Jenkins Reid published Daisy Jones & The Six, another addictive novel about the music industry. In it, a character comments that the best time for a band is not when they've made it but when they're on the way up. Utopia Avenue is a very different sort of book but this observation holds true for Mitchell's band, whose first album is titled Paradise is the Road to Paradise.

Mitchell (mostly) avoids the predictable paths of destruction by fame as he tracks the band's rise to fortune. In his fictional characters as well as their imagined encounters with real musicians, he reveals the human humdrummery beneath the mythical godliness bestowed by fans on vinyl giants.

Few books about real or made-up musicians have ever shown how they are all - in the beginning, the middle and the end - just people. Mitchell has composed four of
the most likeable people ever to strum a chord. If they were a real band I'd buy all their albums. @deGrootS1

Tales from the Summer of Love

David Mitchell's bewitching novel celebrates the power of music to connect across divides, define an era and thrill the soul.
Books
7 months ago

The rough streets of Glasgow in the ’80s are the setting for a story of universal meaning and hope, writes Sue de Groot.
Books
8 months ago
Next Article