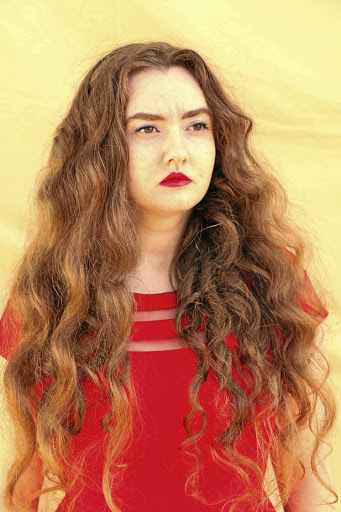 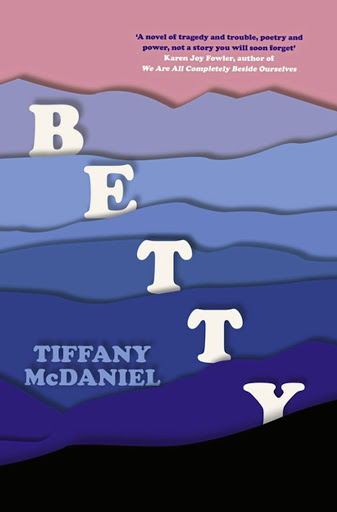 Writing Betty was a journey not only through my family history, but a journey to grounding my own identity and finding myself. That has been the beautiful part of picking up the shovel and digging deep into the roots of my family tree. I have learnt where it is I have come from, and how all those paths merged into one.

Betty is inspired by my mother's life. For the book I conducted Q&A sessions with her, her siblings, and their mother, Alka. My grandfather Landon died over a decade before I was born, so I shaped his character out of the memories and stories they shared with me.

From the time I was a little girl, there were things I knew about the maternal side of my family. Mom made sure to raise me and my sisters on the knowledge of our Cherokee heritage. Growing up, my mother would pass down her father's stories and his teachings.

Papaw Landon grew up in a house with several generations of his family. The elders only spoke Cherokee. But papaw was of a generation where he had to speak not only the language of his people, but the white man's English too, because that was the world he was entering. What became the universal language in their house was storytelling.

Indigenous people have always used storytelling not only as entertainment, but as a way to speak to their origins, their culture, their wisdom, and their identities. The stories became the Cherokee and many other Native American tribes' oral history that they passed forward to each new generation.

Gardening and storytelling go hand in hand in my family. Having been raised in gardens, each plant I put into the earth connects me with my papaw and those Cherokee ancestors.

My mother, Betty, was one of three sisters. As fate would have it, she had three daughters. Me and my two sisters, Dina and Jennifer. Mom raised us in three sister gardens, like Landon does in the book. Even today when I plant the corn with the beans and the squash, I reflect on the heritage of my family, and understand that through the act of embracing it, we are keeping those ancestors alive.

It was also through gardening that the mythology and the love for story was strengthened. The poem My Broken Home, which starts out the book, is a poem my mother wrote for this publication. Hers was a family of artists. She writes poetry, her father told stories, my aunt Fraya was a singer and my aunt Flossie an actress.

I grew up around these folks, so I used my experiences with them to craft the mythology I thought they would speak of. In the case of Fraya, I wrote songs for her that I felt she would have sung about her experiences. In the case of my mother, I wrote her in the book to be writing down the stories and secrets she was told, only to then bury them into the earth, hiding them.

When she spoke about her life in those Q&A sessions, about the secrets she held on to, I saw her as someone who was burying into her own self, digging holes into her soul to hide these secrets. I wanted to see the physical act of this. When writing a family story, you must wade out into the water of that history, collect the ripples, and carry them back to the river's edge.

When writing a family story, you must wade out into the water of that history, collect the ripples, and carry them back to the river's edge

As I did the Q&A sessions with the women in my family, I uncovered a painful past for them. I understood that one must be delicate and supportive of those speaking about their abuse. My mamaw Alka said she never spoke of her abuse as a child because she thought it was what happened in every family. When it's both your mother and your father as part of that abuse, you have no other adult in your life to steer you to safety.

As an adult, Alka supported victims telling their stories, because if there had been someone in her family or her community who spoke openly about these things when she was a little girl, it might have saved her. So as an adult, she hoped that by her speaking about what had happened to her might save another child from the same fate.

I was surprised by mamaw's and my aunts' willingness to speak about the sexual abuse and rape they had experienced, but they had held onto these secrets for decades. To finally speak about these things was like uncaging birds and setting them free. In that act these women, too, found freedom.

This type of storytelling keeps stories alive for the next generation. I think about if I hadn't been writing this book, these stories and secrets would have died with them. To include the mythology and history of the Cherokee people, you introduce readers to things they might not have known before. Few people know Cherokee society had been a matriarchal and matrilineal one. They had celebrated women as leaders and thinkers before their society was dismantled by Christianity.

Because my papaw Landon had been raised by strong women, they instilled in him that women are to be seen as equal contributors to society. When we reflect back on the folklore and mythology of the societies and cultures who first laid claim to this land, like the Cherokee, then we are celebrating and acknowledging their importance today.

I'm so honoured by my Cherokee heritage, and I use that universal language of storytelling to uplift my mother's and my papaw's experiences of what being Cherokee meant to them in their time and place. I wanted to position my words on the importance of not just the history of the generations before me, but my love for them as well. And in that love, the pen is brave.

Tiffany McDaniel is a poet and a visual artist living in Ohio. Her debut novel, The Summer that Melted Everything, won the Guardian's Not the Booker award.

'How Much of These Hills is Gold' is an age-old tale of people erased brought to vivid life in this brilliant debut novel, writes Jennifer Platt.
Books
4 months ago

Being born in Taiwan and raised in South Africa can make for a confusing identity, writes Michele Magwood
Books
1 year ago
Next Article