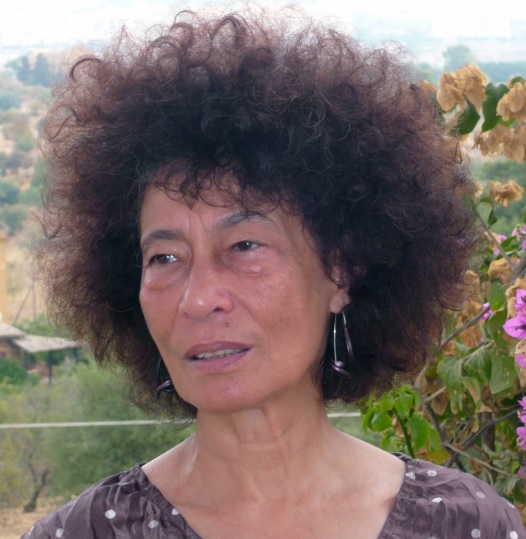 Can you tell us a little about your latest novel, Still Life?

The ostensible subject of the novel is Thomas Pringle, leader of the Scottish settlers of 1820, and known as the Father of South African Poetry. I look at Pringle from a number of perspectives - Hinza Marossi, his adopted native son; Mary Prince whose slave narrative Pringle published in London; and Nicholas Greene, a character lifted from Virginia Woolf’s Orlando. These characters allow me to interrogate Pringle and the colonial project, and solve my problem of how to write his history.

The narrative tapestry of Still Life is remarkably woven. What, for you, are the creative responsibilities of authors writing about historical subjects?

It is incumbent on the writer to know as much as possible about her subject; in other words, to do the necessary research. I am not interested in the genre of the historical novel, so instead of creating an illusion of the characters’ lives in the nineteenth century, I foreground their fictionality by resurrecting them and placing them in the contemporary world. Nevertheless, this take on history is subject to some of the same restrictions as the historical novel: knowledge of the subject dictates what the fictionalised characters can or cannot say or do. Their words and actions must in essence be faithful to the historical subject.

Still Life explores the nature of history: history as creative act, as elision, as decision. That's not how we learn in school. How would you like people to approach their history, both at an intimate, personal, and broader national, or even global, level?

I am not alone in questioning history. Historiography is by now a well established part of studying history and it goes some way in exposing where histories come from, how they are constructed. History-from-below and oral history projects have also for some time been valued in education, a necessary adjustment to the fact that history has always been written from the point of view of privileged men.

I don’t know about current approaches to teaching history, but imagine that interrogating existing texts, asking how they come into being and whose interests they serve are necessary questions. I would like to think that in the current spirit of interdisciplinarity, history is not in the hands of historians alone, just as literary studies cannot ignore social or historical sources. For instance, consulting literature of the past (I’m thinking, for instance, of texts like Wordsworth’s dissenting sonnet to the Haitian revolutionary Toussaint L‘Ouverture who was imprisoned by the French) or research-based non-fiction like the works of Jonny Steinberg are all valuable resources for the teaching of history.

How can we insist or ensure that contemporary women's stories are recorded, represented, recognised in our own time?

To whom would we insist? Women’s stories are only recorded and recognised at their own instigation and by their own activism. It is not in the interest of patriarchy to do so; the very nature of patriarchy prevents it from considering the value of women’s contributions. No doubt there are many more stories to be uncovered, but there is optimism to be gained from women’s achievement in their own visibility. Hopefully these are disseminated through education systems.

The theme of ghostly figures runs through your work. In Southern Africa, we are both haunted by ghosts and strengthened by ancestors. What are some of the most exciting and interesting ways of navigating this, in literature or elsewhere, that you have encountered?

My Still Life characters are not ghosts in the sense that they haunt the living; neither do I represent ancestors who have an enabling function. Instead, my characters interrogate the past and hopefully throw light on the present.

I remember Njabulo Ndebele’s wonderful Cry of Winnie Mandela, as an imaginative work that invokes the ghost of Penelope, wife of Odysseus - not as a ghost that haunts, but rather as literary ancestor, a model for women who wait for the return of their men, and as an empathic device to historicise the experience of black women under apartheid.

Writing as well as reading a novel is, by definition, a slow process of co-creation. There seems to be a shift into shorter, more immediate forms of meetings between reader and writer these days. Do you feel the contemporary novel is a respite, an anomaly, or an anachronism?

For different people it may be any number of these, and continual shifts into different encounters between readers and writers are inevitable given the new media, so my view, as a writer of old-fashioned novels, is of limited interest. Readers, like writers, will choose their preferred forms, and fortunately for me there are still publishers and reviewers who are prepared to take on the time-consuming novel. I am not only grateful to them but also content with my very limited readership.