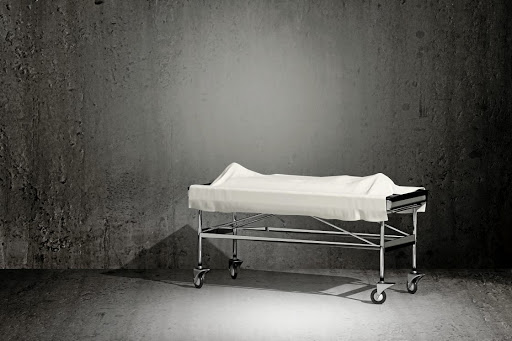 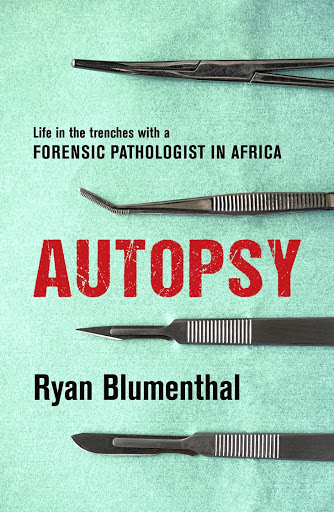 In SA, where a population of 58-million people is served by fewer than five dozen forensic pathologists in total, the case load is approximately double the US maximum.

Ryan Blumenthal, who did his training at the University of Pretoria, has written an engaging personal account as a medical detective - following the clues revealed under his scalpels and saw, letting the dead speak as to the reason for their departure - that will both fascinate the lay reader and be instructive to his professional peers. This is a field of medicine that has been imbued with a certain dramatic glamour by television series like CSI and authors like Patricia Cornwell, whose fictional coroner Kay Scarpetta was the trigger for a whole new genre of crime writing.

Blumenthal explains his initial attraction to forensic pathology as stemming from a desire to help "real" victims, rather than those patients one encounters in clinical practice who are so often the victims of their own bad health decisions. "Like most health professionals, I went into medicine to try to help people. Yet the ill were not always that innocent and many were beyond help [because of their own actions] ... I felt morally injured by all of this, like I was wasting my time trying to save people as a general practitioner."

In essence, the goals of forensic pathology are globally the same - to establish the cause of death to bring closure in the case of natural deaths and justice in the case of criminal actions - the conditions under which it is practised on the African continent are very different from those in the developed world. Some African nations have not a single forensic pathologist, others have only the most rudimentary facilities.

SA has by far the sophisticated facilities, but aside from being dreadfully underpaid compared to other specialisations, conditions are still far from ideal. Despite some world-class autopsy suites and laboratories, most facilities are run down and equipment is outdated. Throw in strikes, electricity outages and water reticulation failures, as well as simple systemic failures such as lack of insecticide spray, and one can only conclude that the life of a local forensic pathologist is an unusually difficult one.

From our excessive road deaths to our excessive substance abuse and violent crime, Blumenthal's book is a harrowing record of the many unpleasant and unique ways in which South Africans die. The nature of violent death here is very different from most countries: muti murders, with the removal of body parts for witchcraft potions; necklacings with burning tyres; mob assaults and stonings; Temik (aldicarb) poisonings; wildlife-inflicted fatalities; lightning strikes; a plenitude of natural disasters; and traditional medicine deaths.

"At times, the numbers of the dead and the severity of the pathology seen at autopsy make me think that I'm living in a Mad Max movie."

It makes for scientific puzzles. On stonings, which have become a favoured method of dispensing "community justice" in recent years, Blumenthal observes: "One would expect to find skull fractures or broken ribs or a subdural haematoma of the brain or an external haematoma of the head, yet, remarkably, the internal organs are in pristine condition."

Blumenthal manages to fascinate without becoming macabre. He records that the most common item found in the pockets of deceased South Africans is a tin of Zam-Buk lip balm. And he notes that many suicides of middle-aged women are preceded by a sudden and dramatic change in hairstyle. He speculates, "A woman's hairstyle is one of her most important physical attributes and a major change may point to unresolved internal psychological conflict."

Working in forensic pathology in Africa demands a critical interrogation of one's motives. "You need to be physically, emotionally and psychologically fit ... it is a calling, almost religious in nature."

The attrition rate is staggering, with many of his colleagues having emigrated to countries where the workload is less demanding. Some have left the field completely, with one former colleague packing shelves as an assistant in a grocery store in England.

It's not all doom and gloom, though. He writes that people in Africa are among the most resilient on Earth. "Africa forces you to live through your senses ... While my job might entail dealing with death all day long, no other field highlights the concepts of resilience and fragility quite like forensics." @TheJaundicedEye

In this episode, True Crime South Africa interviews pathologist Ryan Blumenthal to get insight into the field of forensic pathology, and his journey ...
News
6 months ago

Johan Steyn's novel has been described as an 'important, must-read book'
Books
1 year ago
Next Article