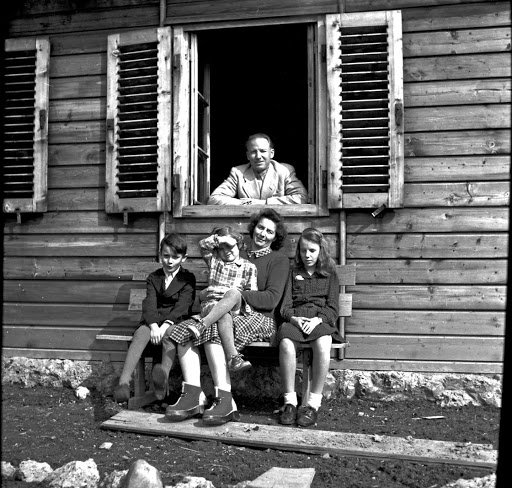 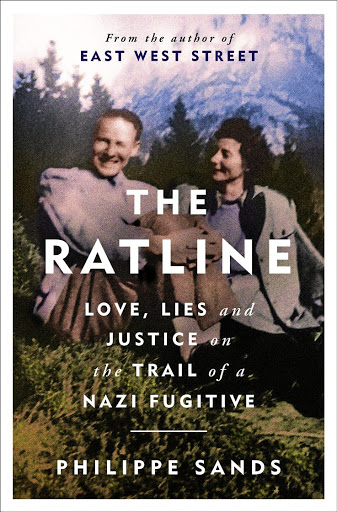 The Ratline: Love, Lies and Justice on the Trail of a Nazi Fugitive *****
Phillipe Sands
Weidenfeld & Nicolson, R350

Philippe Sands likes to attribute his latest book, The Ratline - a riveting account of his investigation into the life and mysterious death of Otto Wächter, a high-ranking Nazi on the run in post-war Europe - to a series of accidents. "One thing just leads to another," says the lawyer and British academic who was involved in the extradition trial of Chilean dictator Augusto Pinochet and many of the most notable cases brought before the international courts in recent years.

As he outlines the 10 years of research and "accidents" that gave rise to The Ratline, he likens researching his books to marshalling facts for a case. "You learn in international cases that there are always the legal arguments, but the facts end up being of absolutely great significance. And that's one of the things I love doing, looking for facts, for archives, for historical documents, doing interviews with people on the ground."

For Sands it all began with East West Street. Published in 2016, this award-winning exploration of the origins of international law weaves together the story of his grandfather, Leon Bucholz, who was born in Lemberg, Poland, in 1904, with those of two other Lemberg sons, Hersch Lauterpacht, who introduced the concept of "crimes against humanity" into the Nuremberg Charter - and is considered a father of the modern human rights movement - and Rafael Lemkin, who invented the concept of "genocide".

Seeded in 2010 by an invitation "from out of the blue" to deliver a lecture on these concepts in the Ukrainian city of Lviv, as Lemberg is now known, East West Street also told the story of Hans Frank, Hitler's personal lawyer and the governor-general of Nazi-occupied Poland. Frank was convicted at Nuremberg for war crimes and crimes against humanity for his role in the death of millions, including the Jewish population of Lemberg and its surrounds, and virtually the entire families of Lauterpacht, Lemkin and of Sands's grandfather, Leon.

In the book Sands writes of his friendship with Frank's son Niklas, who "detests his father and acknowledges his criminality". Niklas introduces him to Horst, son of his father's Austrian deputy, Otto Wächter, former governor of Nazi-occupied Galicia and its capital, Lemberg. Horst, Niklas warns, "has a different approach".

Sands warms to the open nature of this septuagenarian, who acknowledges the horrific crimes of the Nazis but not those of his father. Horst seeks to persuade Sands of his father's "humane" rule by feeding him a stream of information, participating in interviews, appearances, a documentary film, a podcast. Ultimately he opens a vast archive of more than 2,500 family letters, photos, diaries and documents to prove his case. Sands, too, wants to know about Otto, whether justice was done. As he writes in The Ratline: "For that, I would leave no stone unturned."

This "game of double advocacy", as Sands calls it, was to last years, and is the engine of The Ratline, which initially reads like a detective novel, deftly entwining an account of Sands's friendship with Horst, told in real time, with the historical story of SS Gruppenfuhrer Otto Wächter, and his adoring wife, Charlotte. But the story that emerges from the hundreds of letters they wrote each other is infinitely more chilling than the one Horst chooses to believe. Lawyer and ladies' man Wächter "crossed a line early", recounts Sands. "In 1921 he's beating up Jews, in 1923 he joins the Nazi party, in 1934, he's involved in killing [Austrian chancellor Engelbert] Dollfuss. Every time he crosses a line there's a momentary reaction against him, but the skies don't fall and he learns with the crossing of lines that, actually, life can get better."

Power and wealth accrued to Wächter as others suffered. Indicted for mass murder by Polish authorities, he "disappeared" on May 10 1945. Four years later, on July 9 1949, he resurfaced in a hospital in Rome under the false identity of Alfredo Reinhart, and died four days later. He had been living secretly for months in a monastery, attempting to secure his escape to Latin America with assistance from within the Vatican - just as notorious fellow Nazis Josef Mengele, Erich Priebke and Walter Rauff had - via one of various routes now called ratlines. His death ensured he never faced justice for his role in killing more than 100,000 Jews and Poles.

Horst still disavows this view - in the face of damning evidence - yet their relationship endures. "I like Horst, and I am protective of him. For me the beating heart of this book is Charlotte Wächter. She is the reason for everything; it's not about the love of his father for Horst. It's the love of his mother."

Once you cross a line, you enter a place in which your integrity is destroyed and is irrevocable

Sands admits to his own fascination with Charlotte, whose anti-Semitism rivalled that of her husband, and who remained loyal to the serially unfaithful Otto and to Nazi ideology until her death in 1985. She helped him survive in the Australian Alps for over three years, aided his passage to Rome and spent the rest of her days "cleansing" his reputation.

Questions of complicity accrue in fascinating and profoundly disturbing ways in this narrative, which takes on another life as a spy thriller when Horst divulges that he believes his father was murdered. Following Wächter's trail into the labyrinthine world of Cold War espionage in 1949 Rome, Sands unlocks a mystery that begets newer and more startling ones. His years of detective work also open a window onto failures of justice as well as questions of complicity that, says Sands, "shocked me to my very core".

Sands is already working on a new book involving the previous inhabitant of Wächter's monastic cell in Rome, Walter Rauff, that will draw on his own experiences working on the trial of Pinochet, for whom Rauff later worked. "So the story goes forward, closer and closer to the present day."

But for Sands, who has more than a quarter-century's experience as an international litigator, and has penned 17 books addressing the importance of legal systems and the legal and moral responsibility of lawyers, "the present day" holds its own threat to the legal systems he upholds. "It is disturbing that those countries that did more than any other to create the 1945 idea of a rule-based system of international relations - that is the US and the UK - are now leading the charge in rowing back from it. Basically, Britain and the US have fallen into an abyss, and may well be on the path to fascism." @BronSibree