New heroes in the mirror 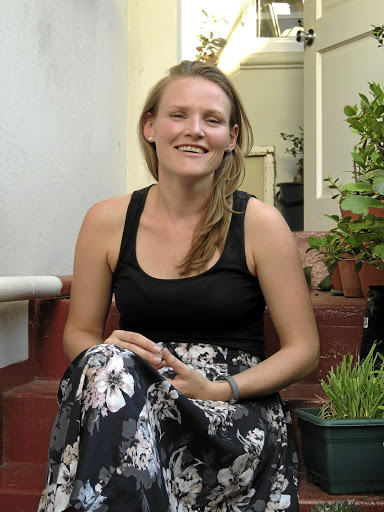 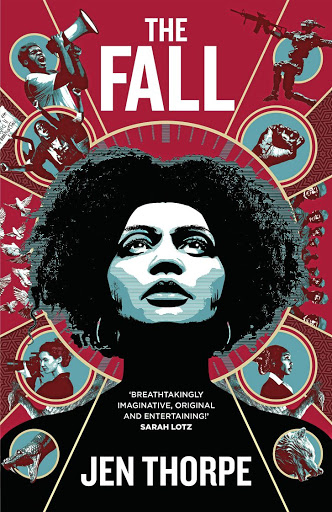 The dizzying suspense in The Fall mounts from the first line: "This time around I'm making it out alive." Speaker: Hector. Day: Monday. Fantastical as the plot becomes, the University of Cape Town campus, protesting students and a die-hard journalist are as gritty as it gets. Most of all, you care about them and their struggles, which are deeper and broader
than paying fees.

Author Jen Thorpe takes you under their skin and into their minds, creating powerful characters who anchor the book when the president and her zoo of magical creatures (and pool, remember the fire pool?) threaten to float away. The "freeze lemurs" of Madagascar, which stun their predators, are not inconsequential as it turns out.

Thorpe, left, twists the strands of the story tightly together, one entertaining turn after another, spinning a plot that is original, even if the underlying themes - including corrupt and heartless politicking, political blackmail, unmet student demands, Russian ties to SA and sexual assault - are grimly familiar.

The menace of zombie cops deployed to control students at any cost feels close to the bone, despite their sci-fi nature. But the magic-realist elements of the story, in particular the zoo purchased by the president for her pleasure and glory, are just fun.

The Fall is surprisingly light reading for all the weighty issues it throws up. The story starts on Monday and is over in a week. Student leaders Hector #FeesMustFall and Sindiwe, and visionary student Thuli, are endearing protagonists, drawing you into their lives and dragging you along for the ride, glamorous against the odds. Too-clean white sneakers; lipstick gleaming.

The opposite is true for veteran journalist Helen, who appears to be falling apart but doesn't give up. During the course of the week their lives collide in unpredictable ways, marked by streaks of heroism.

Thorpe's portrayal of the others are essentially caricatures and she is unsparing when it comes to the self-serving, greedy president Noné; her aide is another story. The political technocrats are granted some redeeming qualities.

Ray, the mother of student leader Sindiwe, is also more nuanced. Still, she is part of the political establishment and the conflict from this echoes what generations of parents and kids have experienced.

At one point Ray asks her daughter where Hector is hiding.

"I know that's not true. You two are like a pair of hyenas, working together. You know where the other one is hiding."

"You'd call your own daughter a hyena?"

"If she causes mischief and then lies about it."

She turns away from me to look out her window. An impasse.

"I'm just trying to keep both of you safe."

The Fall makes us all look in the mirror, at our choices and assumptions. For most South Africans, rainbows and silver linings are scarce.

Thorpe's detail of life in the 21st century is vivid and the dialogue sharp. In planning a protest, Hector tells Sindiwe: "I was thinking we need to do something bigger?"

"Bigger like getting our asses off campus and taking the message to the politicians wherever they are."

"Whatever you're planning, it better be exciting, because if we don't do something soon, these kids are going to choose Netflix over affordable education."

Despite the flippancy here, Thorpe does not undermine student commitment; instead she makes it clear why student needs matter. Why people need to listen.

The Fall is remarkable in giving readers a riot of a time in a book that defies genre - part political satire and history, crossed with drama and sci-fi, united by the oldest story of all, a love story.