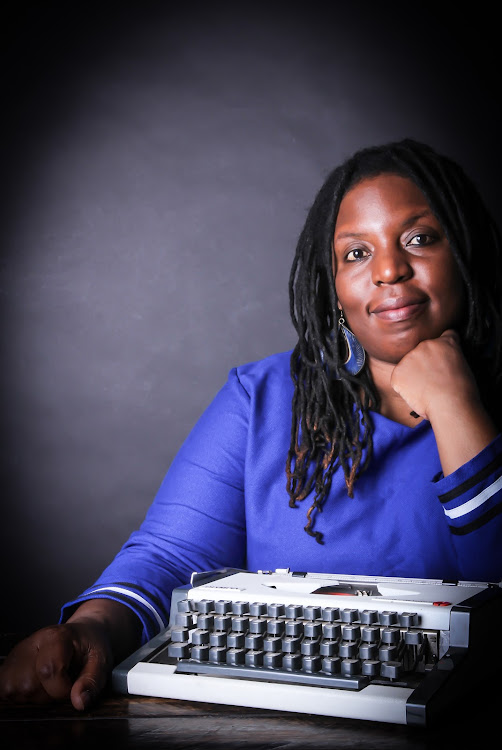 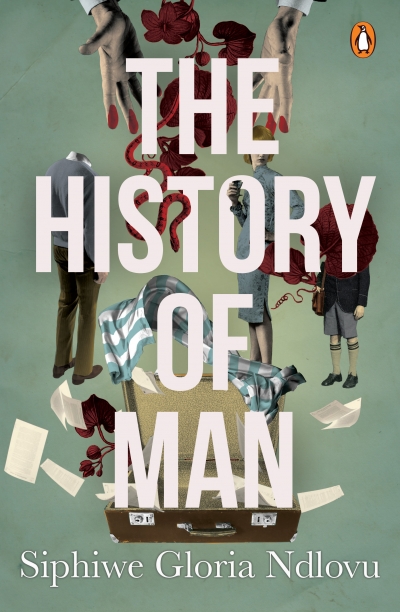 Congratulations on The History of Man. Please tell us about the novel, and what inspired you to write it?

Thank you. The History of Man is the story of Emil Coetzee, who we first meet as a 50-something year old civil servant who finds himself, on the day of a ceasefire, washing blood off his hands.

The story then follows him through childhood, adulthood and manhood to examine how he came to be the man he is. In this way, the novel is an exploration of the colonial experience and of the narrative created by and through that experience. As an author, I’m interested in excavating the past.

Both The History of Man and your debut novel, The Theory of Flight, are set in unnamed southern African countries. Why is it important for your setting to be at once deeply familiar and yet gently ambiguous?

There is both a practical and stylistic reason for this. The country that my novels are set in has had four name changes throughout its modern history. Since, in some sense, I write historical fiction it could become rather messy to have to contend with these changes in the series of interconnected novels I intend to write.

More importantly, for me, each name change tried to birth a new identity for the country and nation, but, for the most part, things stayed relatively the same. It’s these connections and similarities that interest me. I think the colonial and postcolonial names of the country have a lot of weight and baggage attached to them that I don’t really want readers to bring to the text. I want us all to start thinking beyond our received perceptions when it comes to this southern African country.

Your family left Bulawayo as political refugees, starting a remarkable series of moving, making and coming home. In the move between southern Africa and the northern diaspora, what was gained (or lost) for you?

When my family left what was then Rhodesia, I was a toddler. When we came back a few years later to what had become Zimbabwe I had just turned three or four. Nothing much had changed for me, but so much had changed for my grandparents, who had both been politically active. They had left as second-class citizens and returned to be full citizens, finally able to be the selves they had always wanted to be.

This gift of a true self was something they gave to their children and grandchildren, so that when I went to the US for college, years later, although I was still growing, changing and searching, there was a core, a kernel that I was building everything else around. I believe it was this core that made me determined to come back to Bulawayo after 18 years in the diaspora because, I think, it always served to remind me where home was for me.

The History of Man tackles big themes like war, colonialism and masculinity, but within the nuances of personal, everyday narratives. What stereotypes on 'African stories' and styles of representation were you wanting to avoid or challenge in telling this story?

To be honest, I don’t think this is something I was actively thinking about during the writing process. I think a writer should strive to create characters who are well-rounded and multi-dimensional and stories that are nuanced and, if possible, work on several levels.

Humans are complicated and contradictory and, therefore, the narratives and histories we create cannot help but be the same. The history of Africa is both beautifully and tragically chaotic and African stories should, and do, reflect this. My stories certainly deal with that chaos, but try very hard not to just focus on the doom and gloom – there is always a silver lining, so when you write about the grey cloud, you also have to write about the silver lining.

Your doctoral research focused on Sarah Baartman and representations of black womanhood. How has it helped to shape the way you think about representing and 'storying' everyday African experiences and lives?

There was a time when pan-Africanism was a viable and attainable way of being for us.

The story of what happened to Baartman definitely shapes the way I approach history in my work. The History of Man is very much about the silences and erasures inherent in the colonial narrative, and The Theory of Flight is about a character – Genie – who asserts her "self", her voice and her agency in a postcolonial narrative that wants to reduce her to a simple statistic.

South Africans have recently come out of an intensive period of focus on US politics but, during the same week, political activists have been imprisoned and election legitimacy contested across our own continent. Why do you think there is such an appetite for western stories at the expense of pan-African experiences?

There are many reasons for this and most of them stem from the collusion between capitalism and colonialism, which still continues, mostly unchecked, to this day. There was a time when pan-Africanism was a viable and attainable way of being for us. For now, that time seems to have come and gone, which is a pity because imagine how formidable we would be if we had kept that outlook, that focus on ourselves, our shared experiences and our shared interests.

It is no surprise we are always being asked to look elsewhere and pay attention to everything but ourselves.

You've created work across a variety of genres, among them film, novels and academic theses. How does your academic training intersect with your creative voice? Is it a help or a hindrance?

Without my academic training I would have very little to write about. As soon as I started doing African Studies and engaging with our continent critically and intellectually, all these other ways of seeing, knowing, experiencing, remembering, 'being African' revealed themselves to me.

Studying literature allowed me to unpack and fully appreciate what makes stories work, what creates their appeal and lasting impact, what makes them teach us lessons about the human experience so effectively. Film gave me a visual language and framing to draw from when I write. I definitely write the stories I do the way I do because of my academic training.

Fiction requires empathy: both writer and reader must be able to imagine the inner worlds of others. With our own world feeling increasingly divided (and divisive), might fiction model the kind of creativity that can still save us?

I certainly believe and hope so, but I would say that, as a writer. The arts, in general, help us interrogate the human condition and allow us to come to a better understanding of ourselves and others.

By focusing on the "interior" lives of others, fiction is best placed to do this because it transports us beyond understanding and takes us towards imagining the experiences of others – we get to walk in others’ shoes and get to know if, where, when they pinch, whether or not they are several sizes too big or too small, how old or new they are – and this work is necessary for the health of societies and communities and nations.

It is no accident that when governments want better control of their people they look for ways to defund or otherwise marginalise the arts. Fiction is powerful. It gives us alternatives to the way things are and it allows us to dream of better futures. It definitely can save us from ourselves.

Siphiwe Gloria Ndlovu tells Michele Magwood about her inspiration for 'The Theory of Flight' and the writers that have influenced her.
Books
2 years ago

"At the moment of her death, Imogen Zula Nyoni - Genie - was seen to fly away on a giant pair of silver wings."
Books
3 years ago

The real meets the magical in Siphiwe Gloria Ndlovu's debut novel, The Theory of Flight

‘On the third of September, not so long ago, something truly wondrous happened on the Beauford Farm and Estate. At the moment of her death, Imogen ...
Books
3 years ago