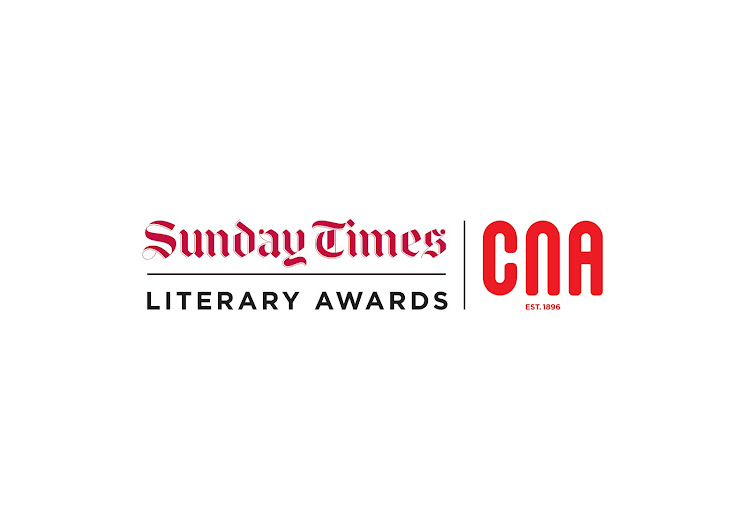 After a year’s hiatus due to the Covid-19 pandemic, we can now, thanks to CNA, announce that the 31st nonfiction prize, and the landmark 20th fiction prize, will be awarded next year.
Image: Supplied

The literary awards have been around for decades. After a year’s hiatus due to the Covid-19 pandemic, we can now, thanks to CNA, announce that the 31st nonfiction prize, and the landmark 20th fiction prize, will be awarded next year. The 2021 Sunday Times CNA Literary Awards is happening!

Events this year caused us to reflect on what the awards mean, not just for writers and readers but for our country as well. We checked in with some former winners to hear what they thought.

The good news is that there’s plenty of wonderful new writing to look forward to from our beloved authors in the next year.

In 2006 judge Edwin Cameron’s memoir Witness to Aids (Tafelberg) was a joint winner of the nonfiction award. Since then Cameron has written a second memoir, Justice: A Personal Account, and has co-edited a new edition of Honoré’s South African Law of Trusts.

He says of winning: “The award consolidated the African and wider international reach of Witness to Aids for readers and researchers and reading groups, which continues. In this way, it did touch my life. It is still the most significant literary award for nonfiction in our country.” 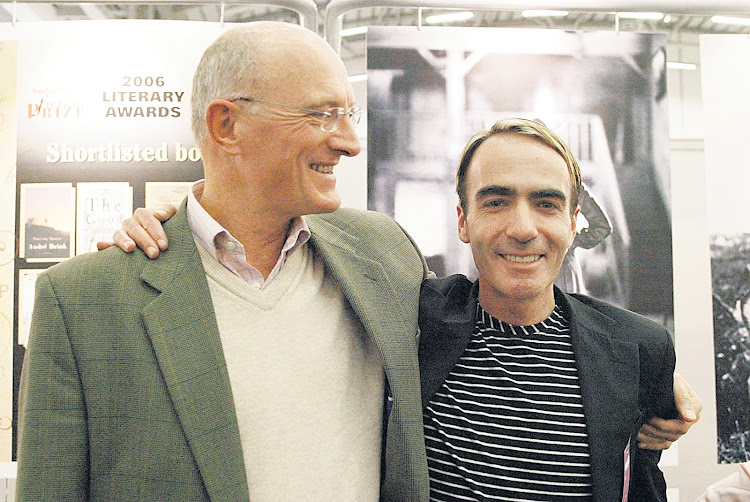 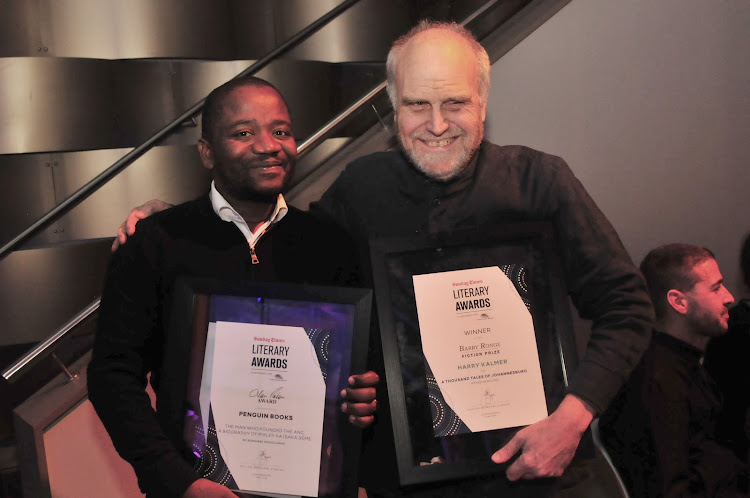 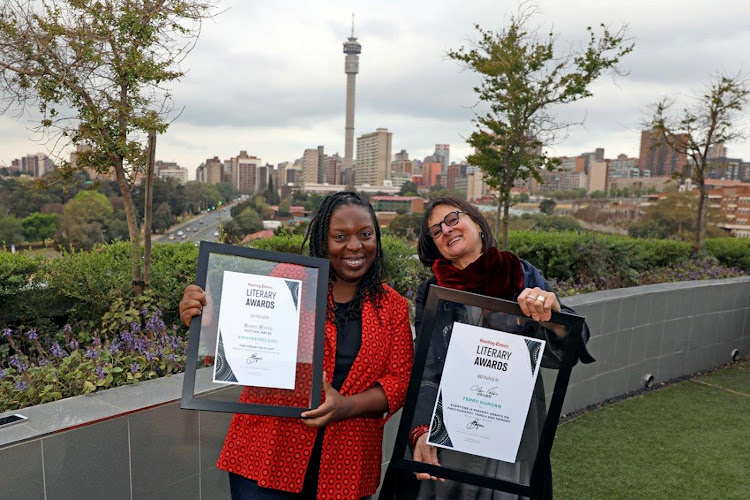 Siphiwe Gloria Ndlovu, who won the fiction prize last year for her novel The Theory of Flight (Penguin Fiction), was in Johannesburg for the bulk of 2020 but is now at home in Bulawayo, “the beautiful city of kings”.

“I remember saying after the ceremony, the award made me feel like I could define myself as a writer with more assuredness, which may seem like a small thing, but it definitely is not. Critical acclaim and recognition just do wonders for your self-esteem as a writer.”

Ndlovu is working on The Quality of Mercy, a follow-up to her second novel, The History of Man. With The Theory of Flight they're a part of a series of interconnected novels.

She says: “While The Theory of Flight came out first in terms of publication, it is one of the latter stories in terms of the chronology of the story world; my fourth manuscript, which I was working on this year is chronologically the first story in the series. It is where everything begins.”

“They make their interest in high-quality local and regional literature very clear and set the standard and tenor of our literary world. They give writers something to reach for, to try to attain with every book they write. As a writer, when you look at all the amazing authors who have won the award since 2001, it is just a wonderful feeling to be in such good and esteemed company.”

Photojournalist and author Greg Marinovich won the nonfiction prize in 2017 for his brilliantly researched and moving account of the Marikana massacre, Murder at Small Koppie (Penguin).

“It was really a big thing for me,” he says. “I have long been known as a photojournalist, and by those who know me better as ‘a photographer who writes’. It is great to be recognised as a writer. There is also the really big thing, of course, that the story and nuance of Marikana is told in a complete and deep way.

“This has always been a frustration to me as a photographer, when my work is used out of context, often to show the opposite of what actually was the larger truth.”

Claire Robertson won the fiction prize with The Spiral House (Umuzi) in 2014, her debut novel, which she published at age 52.

She says: “I had written it just to please myself, but there I suddenly was, in this vortex of opinions. It all felt very personal — and then came the thrilling process of the long list and the short list and the night itself, and in between all the magical thinking.

“The award was pure, generous, wonderful affirmation, and it has continued to give off lovely affirming vapours year after year. As well as the big fancy certificate and the cash, that night Benjamin Trisk also handed me a beautiful white and silver fountain pen. It has, of course, been a writing talisman ever since.

”At the time, Trisk was head of Exclusive Books — he is now CEO of CNA.Robertson has written three other novels — The Magistrate of Gower (2015), Under Glass (2018) and Isle, which is due out early next year and is set mainly in the Rhineland in the Middle Ages — all published by Umuzi.

She says: “Both no 2 and no 3 were shortlisted for the award and, if the prize is thrilling, the shortlisting is the most collegially satisfying experience, particularly in such a solitary endeavour. There you are, the five of you — or rather, your five books — in a conclave of appreciated books, of books whose honourable and sincere effort is recognised. Being part of that is easily as good as winning, though of course not as lucrative!”

Robertson says prizes such as the Sunday Times CNA Literary Award are good for the country: “People like shorthand in this age of star ratings and Tripadvisor; being able to tag each successive book and/or edition with ‘Winner of the ST Literary Award’ and a South African Literary Award [which Spiral House also won] is good for the winner’s stablemates. “That there is such an award is good for the country, especially with all the lost time we need to make up with telling our stories. I watch people win it, see their brains go blank for a moment, their blood fizz with shock and happiness, and I think, every time, how good it is for the writer, for SA, and for the species that there is still a place where we care about books.”

Max du Preez says he was surprised when he won the nonfiction prize for A Rumour of Spring: SA after 20 Years of Democracy (Zebra Press) in2014. “I thought others were more deserving, but it was good to be recognised.”

The Man Who Founded the ANC: A Biography of Pixley ka Isaka Seme (Penguin) by Bongani Ngqulunga was the winner of the nonfiction award in 2018. Ngqulunga says the award changed his life in many ways: “It’s the most prestigious literary award in SA. To count myself among those who have won it is a great honour. Winning has strengthened my determination to become a better writer.

“In a country such as SA with pressing socio-economic problems, writing and reading books may sometimes appear to be esoteric pursuits. The Sunday Times Literary Awards have shone a spotlight on the importance of writing, the importance of books to individuals and societies. The recognition that the awards give to the art of writing is immeasurable.”

For Terry Kurgan, winning the 2019 nonfiction award for Everyone is Present opened new opportunities as an artist and writer. “My book grew out of certain interests and preoccupations that have always been present in my visual arts practice, and so winning has given me the courage and energy to hurry up and get on with the next book.”

Imraan Coovadia, who runs the writing programme at the University of Cape Town, has written several books since winning the fiction prize in 2010 for High Low In-Between (Umuzi), including the nonfiction work Revolution and Non-Violence in Tolstoy, Gandhi and Mandela.

Michiel Heyns says winning the fiction prize in 2012 with Lost Ground possibly changed his life. “It’s possible that subsequent submissions have been taken more seriously in its wake. Lost Ground was translated into French and got me invited to the St Malo Literary Festival.”

Besides translating other people’s work from Afrikaans into English, Heyns has published four more of his own novels since winning the award.

He says of the awards: “I think prizes do give a certain news value to literature, which it badly needs in the face of so many other claims to people ’s attention. I understand people who say that prizes are not what writing is about, but at the same time prizes create a buzz around a form that is in danger of becoming obsolete.

“The Sunday Times Awards in particular have been invaluable in keeping a conversation going about literature.”

The winners of the prestigious Sunday Times Literary Awards were announced at a gala dinner held at The Venue, Melrose Arch, on Saturday 23 June.
Books
3 years ago