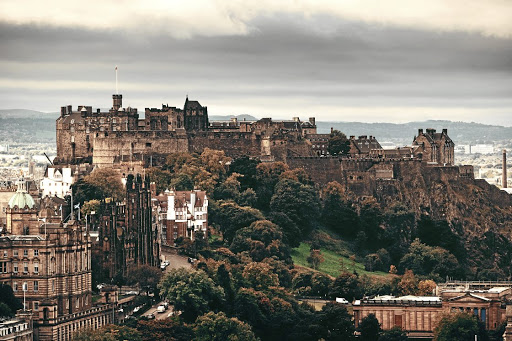 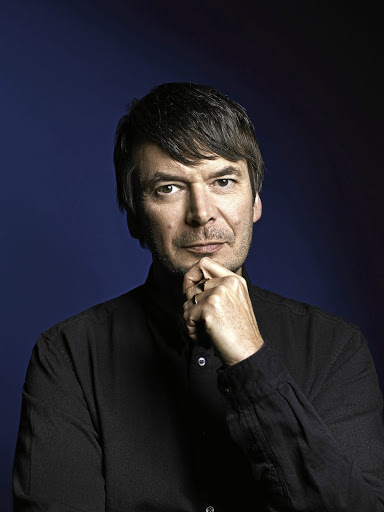 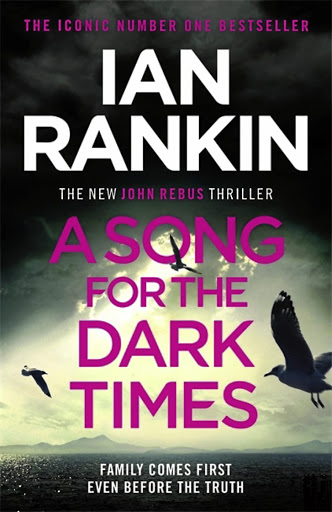 In an interview in a Johannesburg pub, when he was on a book tour to SA 15 years ago, Ian Rankin said thoughtfully over a pint that he didn't think John Rebus, Rankin's famous fictional policeman, would enjoy meeting his creator. Rebus, then at the height of his powers in Edinburgh's law enforcement squad (and always in trouble with his superiors as well as the city's crime bosses), had no patience with university-educated liberal thinkers. "He'd have dismissed me as soft," said Rankin.

That was then. In A Song for the Dark Times, Rankin's 24th Rebus novel, the irascible former detective inspector is a couple of years into retirement and his intolerant attitudes have mellowed slightly. Those of us who like to start books without reading the back-cover blurb experience a jolt of fear on the first page, when Rebus's friend and longtime sidekick Siobhan Clarke is clearing out his flat.

Speaking last week via Zoom from his own Edinburgh flat, Rankin (slightly greyer than he was 15 years ago but still with the intense looks of a New Wave band leader) says: "If you read the blurb then of course you know he's alive, but I did that on purpose to tease my publisher and my agent, the first people to read the book. I wanted them to have a moment's heart failure. And it worked."

A Song for the Dark Times has at the heart of its plot an abandoned internment camp that was used during World War 2 to house prisoners of war and citizens of enemy countries. Some of the book's characters are the survivors and descendants of those housed in what was, if not a full-on concentration camp, still a prison where inmates could sometimes be summarily executed. Rebus's present-day investigation - which he is compelled to do for family reasons even though he is no longer a policeman - is intertwined with the long shadows of crimes committed in the past.

Rankin said the idea arose when he was paging through the file in which he saves random thoughts and articles of interest. "There were a couple of press cuttings in there, from two different newspapers in different years, both reviews of books that were being published about internment camps in the UK. And I thought, that's not a part of history that I know very much about, and I started reading more and found it really interesting because there is a corollary here to what's going on in the world now.

"What happened was, before and during World War 2, people were told not to trust their neighbours if their neighbours looked different or seemed different or spoke differently from them. So your delicatessen owner with a German surname or the Italian ice-cream seller or the guy who runs a Chinese restaurant, these people were being rounded up. There were over a thousand of these camps around the UK in the 1930s and '40s.

"And I thought, potentially we are heading that way again, if you look at the rise of the Far Right, we are heading towards where we round up people who are different from us, we are told not to trust people who are different from us. And the media do a lot to stir it up, of course. So I was able to talk about that topic in a historical context, which made it look less like I was standing on a soapbox and pontificating.

"There were quite a few of these camps in Scotland. My fictional camp in the book is called Camp 1033 because in the UK there were 1032 camps. Eventually the internees went home and some of these camps were given over to the Polish forces, because the Poles were based in the UK in World War 2, and they would lock up their enemies here, even if their enemies were fellow Poles who just had a different political viewpoint from them. And the Brits could do nothing about it because the camps were sovereign Polish territory.

"There were executions in these camps, of Polish dissenters and of Jews, because a lot of the Polish soldiers hated the Jews. And nothing was done about it, nothing could be done about it. And I thought, this is an extraordinary story that hasn't been much told, so that became the reason for the book."

Another reason for the book was Rankin's wish to take Rebus out of his comfort zone, the familiar environs of Edinburgh.

"As soon as I thought about sending him to his daughter's home town, I thought, ooh, now we've got dramatic tension - is Rebus heading north as a cop or as a father? If he starts to suspect that his daughter may have played some role in her partner's disappearance, will he feel compelled to point the finger at her and prove her guilty, or will he feel compelled to protect her by putting someone else in the frame? When I started writing the book I had no idea which way it would go."

The book's title, incidentally, is a quote from Bertolt Brecht. It jumped out at Rankin because of everything going wrong in the world when he was planning it (Brexit, Trump in the White House, and a dozen other disasters) but it is strangely apt for Our Time of Covid. He finished writing it during lockdown but is relieved that he had already decided to set the events in 2019. "It would have been a totally different book if it was set in 2020."

If it takes another 15 years until we meet again, Rebus may no longer be alive on the page, but Siobhan Clarke will hopefully be chief of police, and if there is any justice in the world, Ian Rankin will still be Scotland's finest crime writer. Some might even say the world's finest. Perhaps it's time for a poll.

Rebus does a lot of driving in A Song for the Dark Times, and on almost every journey he listens to the music compilation recorded for him by his friend and former colleague, Detective Inspector Siobhan Clarke. There was so much interest in this from music fans that Rankin’s publishers started releasing a track a week on Twitter.

There are 15 classic and eclectic tracks on it, including Should I Stay or Should I Go by The Clash, Edina by Blue Rose Code, Mogwai’s Friend of the Night, Brian Eno’s Always Returning and Leonard Cohen’s Hallelujah. Sing along in a Scottish accent and you’ll feel as though you’re right there in the book.

Though he spends much of the latest book in the remote village of Tongue on the wild north coast of Scotland where his daughter Samantha lives, Rebus belongs firmly in Edinburgh, as does his creator Ian Rankin. When we last spoke 15 years ago, Rankin lived on the same block as fellow authors JK Rowling and Alexander McCall Smith.

He has now moved to a flat “just across the park from Rebus’s apartment in the real world. Weirdly enough that went on sale just a couple of months ago. It was actually advertised as ‘John Rebus’s apartment’.” Rankin was tempted to buy it and rent it out as an Airbnb for Rebus fans. “If you arrived at the door there’d be a cigarette smouldering in an ashtray and a Rolling Stones album on the turntable, beer in the fridge and all the rest of it. But it was too expensive so I didn’t do it.”

You may not be able to visit his home, but there are many “Rebustours” of Edinburgh for fans, which include the Oxford Bar, where the curmudgeonly music lover has enjoyed multiple pints of IPA over the years, and which really exists. @deGrootS1

If you read one book this week Even Dogs In The Wild by Ian Rankin (Orion)The 20th Rebus outing, with the retired Edinburgh detective using his ...
News
5 years ago

After binge-reading piles of thrillers, William Saunderson-Meyer sees through the puffery and takes a sceptical approach.
Books
2 years ago

SA’s Deon Meyer interviews fellow crime writer Michael Connelly on his process, his plans, and what’s next in the publishing pipeline
Books
10 months ago