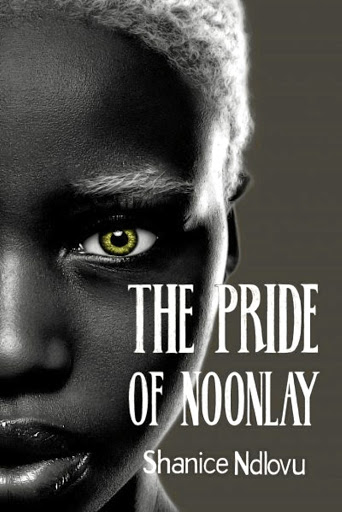 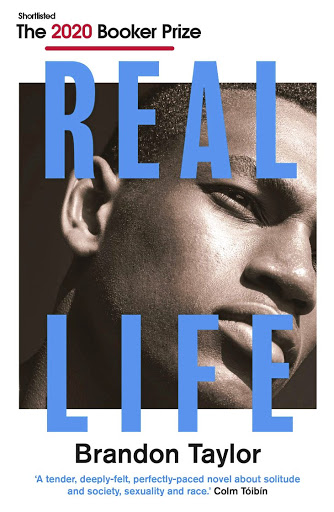 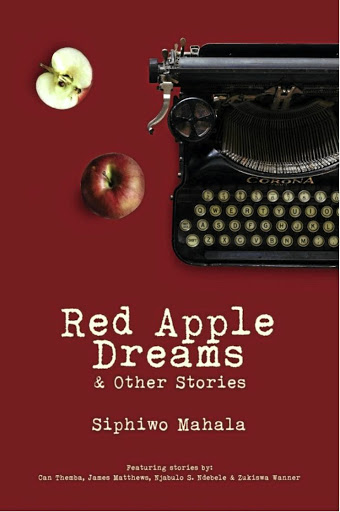 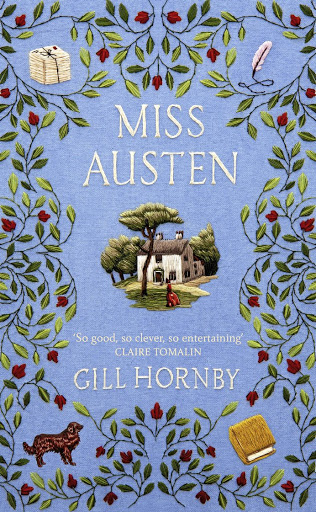 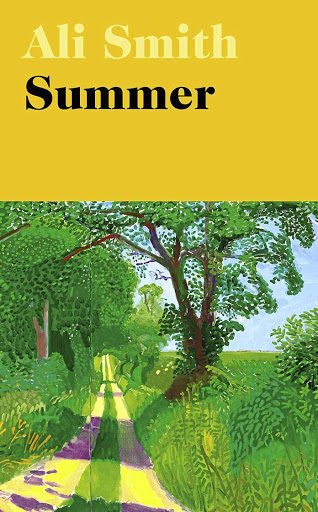 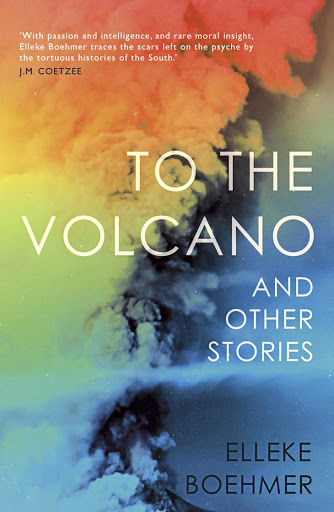 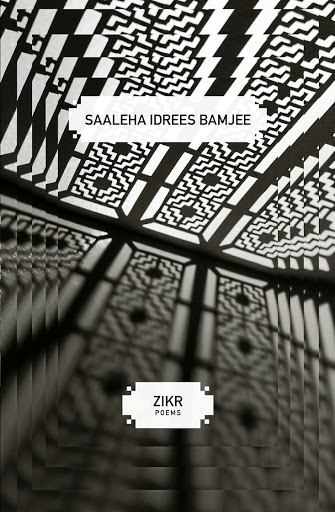 KARINA SZCZUREK
To the Volcano, and Other Stories by Elleke Boehmer

The short story will always hold a special place in my heart. This year, To the Volcano, and Other Stories spoke to me particularly as it explores the tenuous and tenacious relationships people have with the South. Set mostly in the southern hemisphere and illuminated by the legendary southern light people travel vast distances to experience, the stories investigate the complexities involved in our engagement with this part of the world. They are about seeing, interconnectedness and about the shifting of perspectives. To the Volcano does not eschew tough topics such as trauma, colonialism, illegal migration, ageing and loss, but Boehmer's exquisite, considered prose elucidates them with a tenderness I found deeply touching.

Arderne goes hard on imagination and contemporary CT. There's nothing better than local invention, especially when someone doesn't hold back. It's also part Kaaps and I love the challenge it brings to the English hegemonic chokehold we endure in literature. She took chances and it's painfully honest to the point of brutal. This is the book that tops my list without a doubt.

A thoroughly researched book that looks to dispel the notion that humans are a terrible, selfish and nasty species. Bregman brings the reader anecdotes, research cases, news stories that prove we aren't as terrible as we think. That humans are in fact undeniably wired to be kind and nice.

This finely written and nuanced debut should have won the Booker Prize in my opinion. It's about the unbearable whiteness of being in graduate school and the shifting sands of subtle racism and unspeakable desire. In one weekend of consequence for Wallace, a black doctoral student in a competitive biochemistry programme, he must confront both his circle of frenemies and his gay sexuality. Look out for the chapter with the most breathtaking American gothic-esque storm scenes I've ever read - betrayal, death and sex under a vengeful sky.

Poets who make a brilliant debut often turn out to be the great novelists of the future. That's what I thought on reading Bamjee's Ingrid Jonker prize-winning collection. In a beautifully direct voice, she tells stories of family, reflects on the nuances of her Muslim faith (the title refers to a ritual prayer of remembrance), and illuminates the conundrums surrounding women's bodies, from weight gain issues to miscarriages to the threat of sexual violence. It's the sort of book you want to give other young poets to show them what's possible, and it contains the definitive poem on women's bathing costumes.

This is a fictional account of the life and death of Shakespeare's son Hamnet, who died in 1596 at the age of 11 of bubonic plague. Within five years, Shakespeare would write Hamlet, perhaps his most personal work. O'Farrell spends much of the novel reimagining the circumstances around Hamnet's death - and the protagonist is Shakespeare's wife, Agnes. When Agnes learns that "her husband" has written a play about their dead son, she sees this as an act of betrayal. Although much of the action is surrounded by contagion and loss, it's a novel that is forever nosing its way back towards life.

In a year where everything has felt like a never-ending task that requires inner strength long depleted, a book that you can read in an afternoon is a welcome breather. Makholwa's latest is fun and delicious. It's so salacious it feels like you're reading about the dirty secrets of the neighbours you sometimes say hello to but always wonder about.

Fernando Aramburu's epic soap opera, Homeland, was definitely worth the time I spent on it, as was the time I spent with Tyll Eulenspiegel in Daniel Kehlmann's Tyll. I also read my first Tana French. It was called The Searcher and it was great. But, if you force me choose my best book of the year it will have to be Phil Klay's Missionaries. At a time when there seems to be a ban on white male testosterone in books, Klay convinced critics and readers that the space still exists.

This is the fourth and final book in Ali Smith's Seasonal Quartet, novels she has been writing and releasing, one per year, for the past four years. As 2020 progressed I wondered how Smith would deal with what's gone down. Summer didn't disappoint; it's a remarkable end to an ambitious project. Because of the speed at which the books have been published, they are all full of up-to-the-minute references. Like its predecessors, and perhaps more so, Summer deals with a lot of darkness. But Smith's skill lies not only in digesting and reflecting wisely on the morbid state of current affairs, but in juxtaposing those details with gentle but insistent reminders about the power of art, thoughtfulness and friendship.

Of the many books that found their way into our home this year, Mahala's resonated with me greatly. It's a collection that is well-written and profoundly human, bringing together both Mahala's own writing (which is exceptional) and the work of South African literary luminaries Zukiswa Wanner, James Matthews, Njabulo Ndebele and Can Themba. The best short stories are briefly immersive moments that call us back to the world in interesting ways, and this book does just that.

This is a collection of Sibiya's 13 short stories recently published by Xarra Books set in KwaZulu-Natal. The author has a beautiful way of telling what looks like an ordinary story in an extraordinary, hypnotic way that I could not stop listening to the voices of his village characters. He dissects his characters with passion, humour and compassion by using simplicity, dexterity, and his familiarity with the oral storytelling tradition of isiZulu mythology and folklore. These stories have successfully transported me deep into places that I have never been before.

SUE NYATHI
All my Lies are True by Dorothy Koomson

This book is my first introduction to Koomson, who has written more than 21 books. It's a whodunit thriller - except we don't have a body. There are more twists than a coiled rope and at some point you have no idea who to believe or disbelieve. The gender-based violence themes will resonate with many South African readers even though the story is set in the UK. Her writing is riveting and leaves you hankering for more.

It is absorbing on so many levels: the exquisite writing, the intriguing and faultless construction of the story, and the story itself - a complex and gut-wrenching tale of two fathers (one Israeli, one Palestinian) who have lost their young daughters to the other side in the Israel-Palestine conflict. Its themes of tolerance, humanity and resolution could not be more apt for our divided times. The fact that it is based on a true story lends it an even greater weight. The fact that it has missed every big-hitting shortlist in the book-prize world is a travesty.

How I could ever do Girl, Woman, Other any justice, except to say that it may have changed my life, and for months since reading it I have pored over and over the highlights on my Kindle, feeling as if my feelings about writing are changing, how I read is changing, and all because of Amma and Grace and Hattie, and Penelope and Shirley, Bummi, Augustine, Winsome and Carole, Yazz, Dominique and LaTisha. Again, how can I say anything to match what has been and will be said about this kaleidoscopic excavation into such extraordinarily real and human characters. This is what writing should be. Empathy, blood. And people.

A soaring feat of structure and narrative - part memoir, part novel, with real life characters (Martin Amis himself, his father, Kingsley Amis, Saul Bellow, Christopher Hitchens and Philip Larkin mingling with fictional characters from Amis's earlier books). Audacious and funny, mainly a plotless meandering through the most important global events of the past 30 years, all told with Amis's signature virtuoso use of the English language.

I've been reading this alongside Douglas Stuart's Booker Prize-winning Shuggie Bain - a novel that, to paraphrase JM Coetzee's slightly unkind remark about Alex La Guma, "has the fingerprints of Realism all over it". This isn't to suggest that Haddon can't do realism: the opening chapter's unflinching description of a plane crash is as forensically detailed as pulp fiction, yet artfully managed. Shuggie Bain's bleak portrayal of the dispiriting effects of poverty and patriarchy is vital and necessary - these subjects always are. It is a novel in which the perpetually peeling wallpaper is always stained with tobacco and moistened by the pungent steam of boiled cabbage. The Porpoise, by contrast, moves with the pace of a controlled thriller. Haddon's handling of realism is lighter than Stuart's - so light that realism dissolves into the kind of metafictional artifice, now arguably outmoded, that Booker Prize-winning novels were once known for. Perhaps this is why the Booker judges decided to overlook it.

The Pride of Noonlay by Shanice Ndlovu

This is a tour de force of African fantasy. Published by Modjadji Books, this collection of short stories does something magical in the way it crafts a whole new world rooted in the familiar. Ndlovu manages to transport the reader away from stark reality to a place of magic and spells that play just out of the reader's eyeline. The stories merge in a way that makes your heart skip with a feeling of déjà vu. Reading this book left me feeling like I had been here before, in a dream or a memory of a past life. The characters stay with you long after reading; you'll start to recognise them on the street, they'll linger at the corner of your eye or, if you're like me, you might just find them in yourself.

It has been the kind of year when my best reading has come from a retreat out of our current reality. Meeting that brief superbly was Miss Austen. Cassandra Austen, sister of the more famous Jane, has always had a bad press for burning the letters between the two of them after Jane's death, but Hornby has given her a voice, and made her actions explicable - even admirable. As a solitary woman in a patriarchal world, she was confined by convention, but she was no pushover. The novel is often very funny - Cassandra, like Jane, is witty and acerbic, and the other characters are fully believable. They are true to the time they lived in, but also say a lot to us now about the role of women in society. A moving and warm-hearted story.

In 2011 Steve McGown was living a dream - motorcycling down the continent home to SA when he was kidnapped by Al Qaeda in once-fabled Timbuktu. It was a nightmare that he turned into a situation he made the best of. He learned French and Arabic, and slowly got to know his kidnappers as human beings. He converted to Islam and found countless ways to cope in his wide-open prison of the Sahara. There were no walls, but no escape through the sands either. He decided that if he was not to be killed then he must go home a better person. It's an accessible read and a reminder to us all of how we can live more rewarding lives no matter where we find ourselves.

From autobiographies and action to drama and mysteries, a bonanza of great reads awaits you at your nearest bookstore
Lifestyle
1 year ago

In fiction as in life, abuse echoes through communities and down the generations — and into sequels such as this one, writes Jennifer Platt.
Books
1 year ago

Scottish-American author Douglas Stuart was announced as the winner of the 2020 Booker Prize for his autobiographical novel 'Shuggie Bain' on ...
Books
1 year ago

Maggie O'Farrell's fictionalised account of the story behind Shakespeare's most famous play is spellbinding, writes Kate Sidley
Books
2 years ago