The queen of crime paints a picture 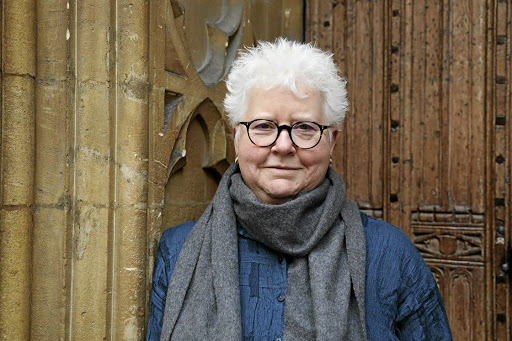 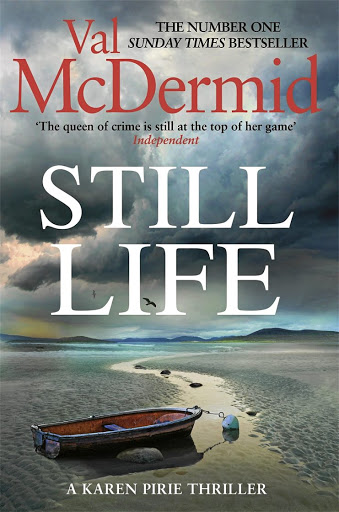 It's no secret that Scottish crime-writing legend Val McDermid's latest novel, Still Life, unspools its intricate web of interlocked mysteries against the shadow of the impending pandemic. It ends just as lockdown in Scotland begins. Undeterred by the "strange experience of not going out into the world", McDermid created a YouTube video series called Cooking the Books, in which she cooks dishes that the characters in her books eat. "We were all doing these Zoom events, and I was worried people would get bored, so it was something to give them a bit of a laugh that was loosely connected to the books. People often talk about the food in the books and ask me for recipes."

But what she hadn't envisaged was how popular the videos would become. Or how controversial. Like the episode in which she prepares "Hamish's Hipster Porridge", the breakfast concoction that Karen Pirie's erstwhile boyfriend Hamish eats in Still Life. "People come up to me in the street and go: 'That porridge. That's no' right!' "

That's just it about McDermid. Never mind that her books have sold more than 16-million copies or are translated into 40 languages, she is always up for something new, and is as engaging off the page as she is on it. Nor has she restricted herself to the crime genre. She's penned an award-winning nonfiction book on forensics, a children's book and a retelling of Northanger Abbey, to name but a few.

"In recent years," says McDermid, "people have brought all sorts of different projects to me, so if anything seems halfway appealing I'll have a crack at it."

Aptly dubbed the Queen of Crime, McDermid famously alternates between four different crime series: her wildly popular Tony Hill and Carol Jordan series, which spawned the BBC TV series Wire in the Blood; and her private-eye Kate Brannigan and journalist Lindsay Gordan series. Still Life is the sixth in her cold-case detective Karen Pirie series; it's also her 34th novel. "I can't write two books back to back with the same character very readily because I get bored. I want every book to be better or at least different to the one that went before. And for as long as the stories keep coming I'll feel that urge to do something different, something exciting," says McDermid.

For Still Life, which sees Karen Pirie investigate two complex cold cases, including one that propels her to France, then Ireland, and into the black market realm of modern art, McDermid researched portrait painting.

In fact, the novel was partly seeded by her experience of sitting for a portrait by Audrey Grant, which was erased repeatedly and "was less about a portrait of me than it was about the process, and it raised for me interesting questions about how we represent the person in art. I wanted to invent a modern artist, but I didn't want to just copy the styles of others because you'd be accused: 'Oh that's really Damien Hirst in disguise, or Tracey Emin'. So I came up with this mad idea of a painter who paints a landscape or a building initially, then cuts it up and makes a portrait of collage."

Still Life is already being lauded as one of her finest novels yet, as is the deft development of her Pirie character. "When I first came up with the idea of writing these Pirie novels, I was interested in this idea that the past always casts a long shadow, that no matter how hard you run you can't outrun your history, and also that events of the past leave terrible scars on the present. In this book I was interested in questions of identity, and people trying to erase their history in different ways."

Already planning a new five-book series that will be "radically different" and unfold in the pre-Brexit, pre-Covid-19 era, McDermid remains a powerhouse of curiosity, invention and generosity. Renowned for championing new crime writers through her hosting of the New Blood panel at Harrogate Crime Writing Festival each year, McDermid is lavish in her praise for other writers' books, but is at a loss to understand why her own are so popular.

"It always seems to me to be a joyful miracle. I just do what I do and try and get better at it. But I think you have to write what matters to you," she adds. "You have to be honest." @BronSibree

I had to explain “noir” to the writers - stories that are dark, and look at the disruption and the decaying aspects of society.
Books
1 year ago