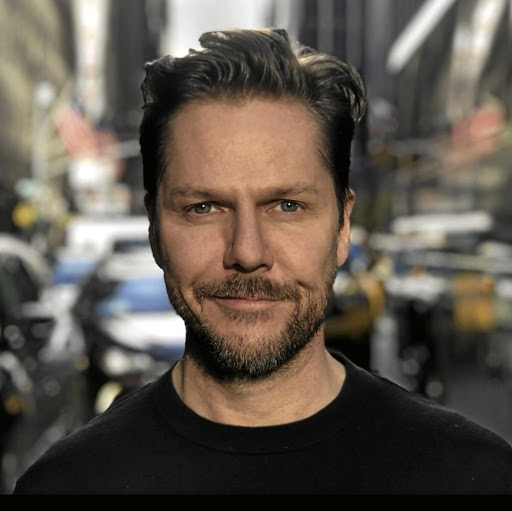 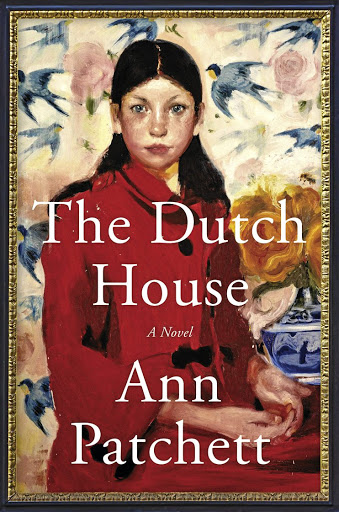 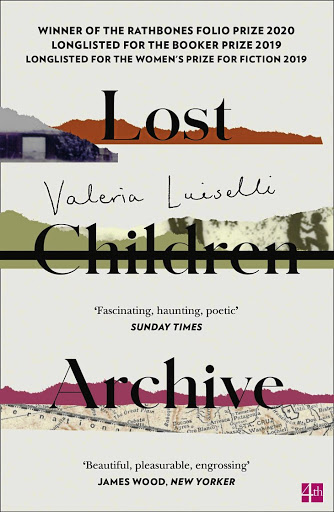 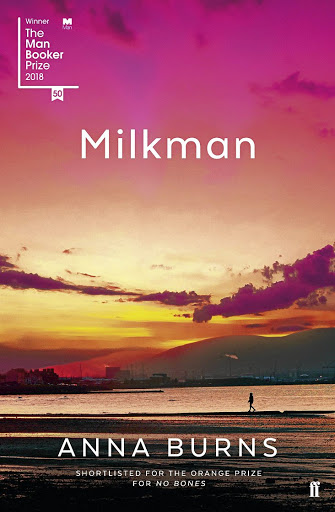 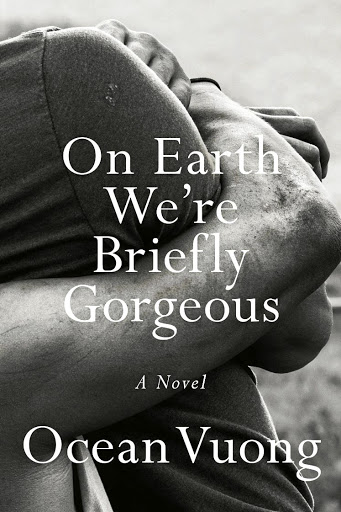 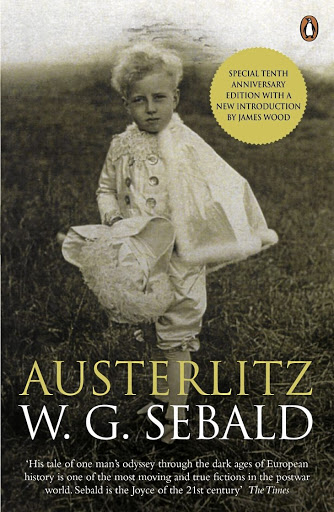 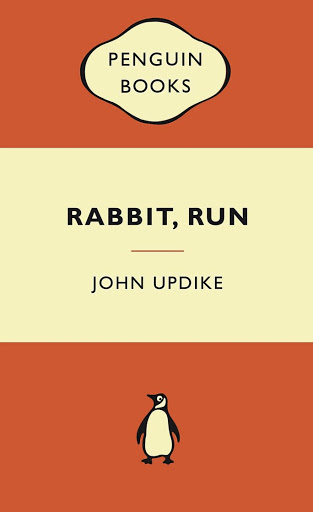 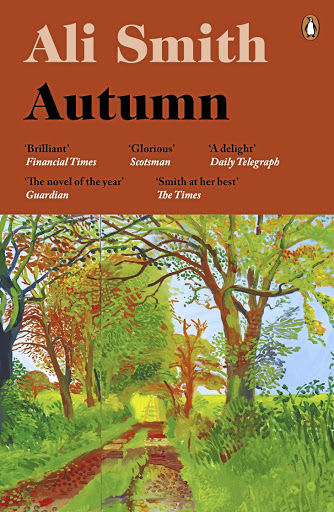 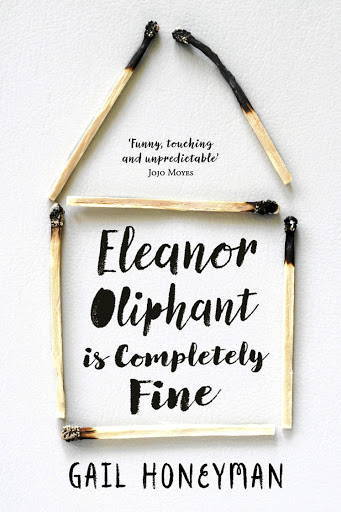 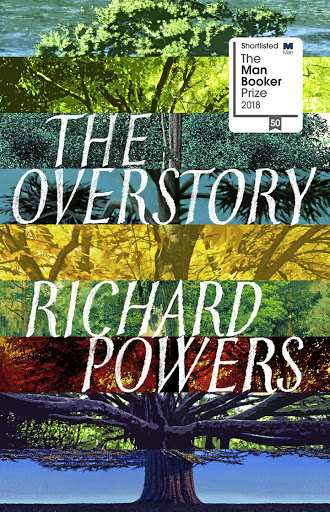 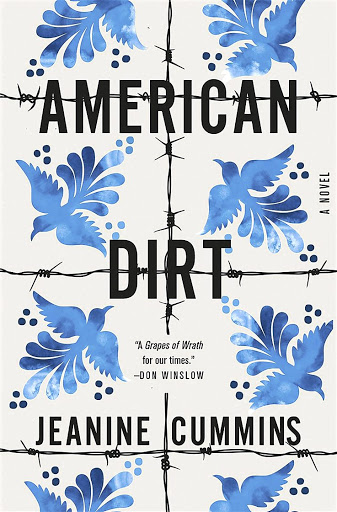 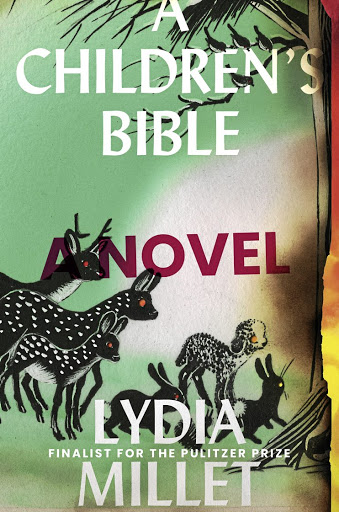 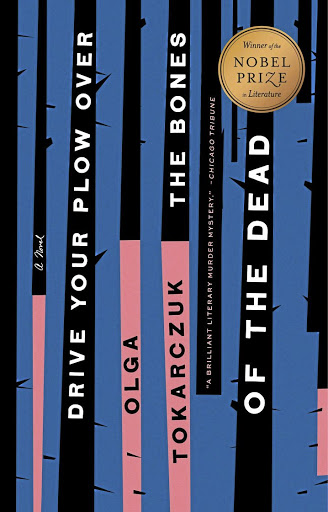 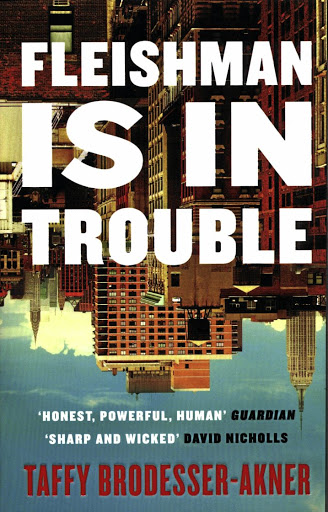 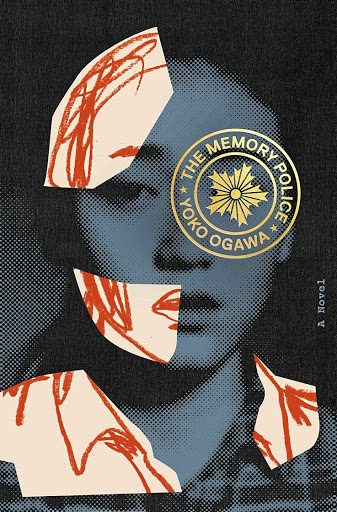 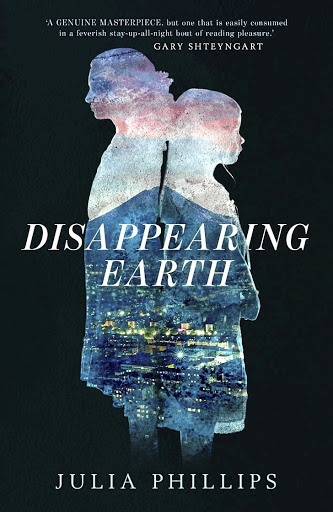 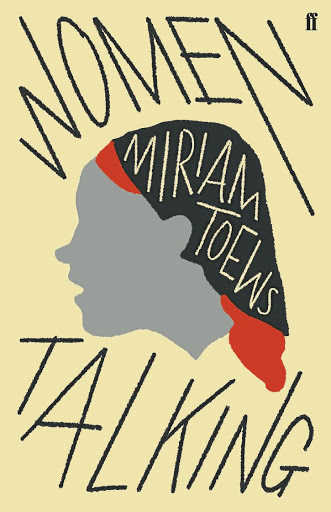 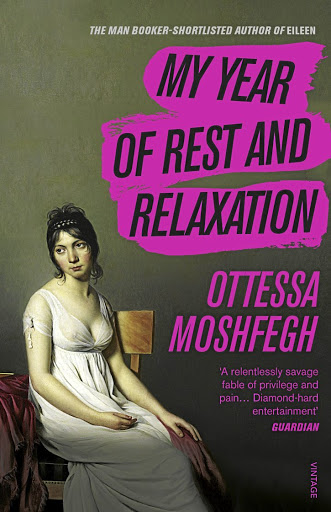 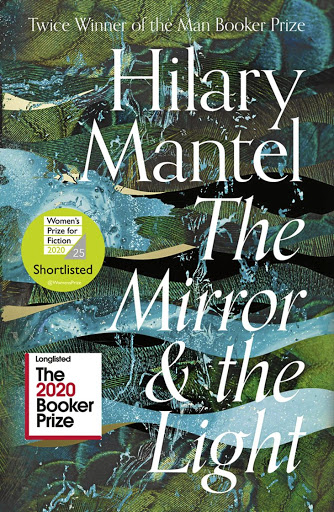 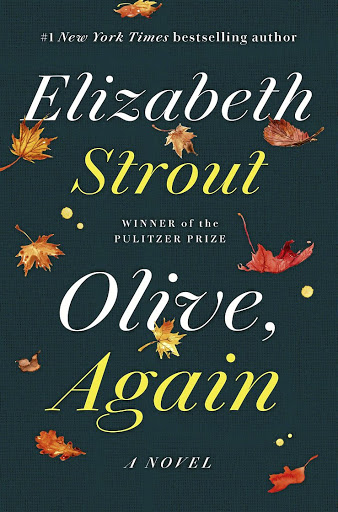 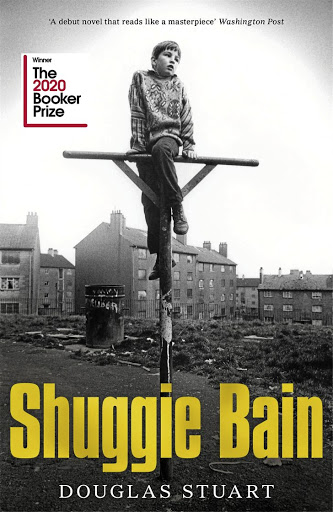 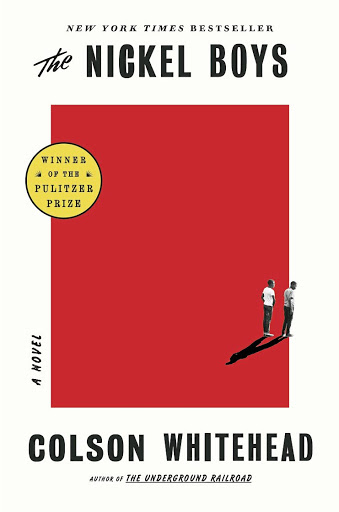 Gary du Toit has made detailed lists since his mother told him at a young age that he didn't have a memory, he had "a bloody forget-ory". She told him a lot of other things too, but he didn't list them and so he can no longer remember what they were. A creative director at advertising agency BBDO in New York, Du Toit won an Emmy as the writer of the "2019 TV Commercial of the Year". About winning the award, Du Toit says: "It's one of those categories no-one cares about, and you have to go online to watch. I think our award was right after the category for 'Best Wigs/Hair in a Scripted Longform Online Reality Series' or something.

Although he was born in Zimbabwe, he grew up in Botswana and has spent his professional life divided between SA, Canada, the UK and the US. When people ask him where he's from, he just says: "When a man and a lady love each other very much they give each other a special kind of hug ."

A book so filled with purple prose that I accidentally left it near my washing machine and all my undies came out mauve. Florid nonsense.

Despite a good start, this book devolved into a series of asides (and deviations (and digressions (and (almost) endless parentheticals))) so that I soon became mired in
all the interpolation. I now have a pretty good idea of what it feels like to be a bullet fired into a swimming pool full of jello.

During the lockdown, with the future on hold, I decided to read this modern classic. On completing it, I was interested to learn there were three more books in the series. I hoped that they would be called "Rabbit's Dick Falls Off", "Rabbit Gets Hit by a Truck" and "Rabbit's Funeral is Very Poorly Attended". Sadly, this turned out not to be the case. Why anyone would want to spend any more time with this insufferable character is beyond me.

I started this in 2002, and finished it last year. So not exactly unputdownable then.

THE DUTCH HOUSE by Ann Patchett

A book that feels like an excellent short story (man buys fabulous house for wife, wife dies, kids are exiled from house by evil stepmother) with an extra 300 pages roughly stapled on the end. I love Ann Patchett. I did not love this.

THE OVERSTORY by Richard Powers

Look, I'm into trees. I donate to The Rainforest Foundation and Amazon Watch. But even I found this five-hundred-goddam-page tome on trees (their generation, their spread, their relentless destruction by stupid, short-sighted humans) a pretty hard slog. Beautifully written but quite astonishingly depressing. And long. Did I mention long?

Reading this book is a lot like watching a balloon get inflated to bursting point ... only for it to get released and fly about the room making farty noises. You're convinced it's all building to something terribly explosive. But then it doesn't. And everyone has tea.

In some progressive quarters, admitting you like this book is like confessing that you regularly dress up in blackface or have NRA gold status. I don't really get what the controversy is about (I certainly don't think that writers should be restricted to write only about things they've experienced first-hand). Not great literature, perhaps, but a rollicking good yarn IMHO.

Like American Dirt this book focuses on the immigration crisis at the southwestern border but unlike American Dirt this was unanimously critically acclaimed and I would say that it was deserving of all the praise except for the fact that the last chapter is written in a continuous 24-page sentence which I imagine was an attempt to build to a breathless climax but was actually just really annoying and I would hereby like to ask all authors to quit this tiresome literary trend immediately okay thanks bye.

An eco-polemic masquerading as a whodunit, this odd little book tells the story of Janina, a William Blake-quoting, astrology-obsessed recluse who comes to believe that wild animals are exacting their revenge on the area's hunters. Enjoyable, but I expected more from a Nobel Prize winner.

A CHILDREN'S BIBLE by Lydia Millet

A story about environmental collapse told through the eyes of some children trapped in a house while the world floods outside, this book is filled with biblical allusions. Noah's ark, of course, but there's also a birth in a barn, a plague, some angels, a Cain and an Abel, even a sort of crucifixion. But, like, why?

THE MEMORY POLICE by Yoko Ogawa

I'm not sure I'd have liked this book as much in any other year. But this allegorical novel about a mysterious island in which objects are slowly disappearing (hats, birds, photographs, boats) resonated greatly with me in a year in which the very concept of an "outside world" became a little abstract. Eerie and darkly beautiful.

FLEISHMAN IS IN TROUBLE by Taffy Brodesser-Akner

Essentially just a "he said/she said" story, this book is elevated by its terrific writing, which is smart, zingy, and often very funny ("she was golden and tan, like an Oscar with hair"). I LOLed often and hard. Still, I have to say the "she said" section was maybe a little dreary. Weird to write a feminist commentary and give the bloke all the good lines. Side note: I recommended this to several friends and they all hated it.

Interesting idea to set a feminist novel in a Mennonite colony, where the women have a status barely higher than the beasts they seem to be constantly milking. Based on real events where more than 100 girls and women were raped by what they were told were ghosts or demons (spoiler: it was actually the Mennonite dudes!), this book is not nearly as dark as I thought it would be. In fact, it has a steely humour. Miriam Toews is rapidly becoming one of my all-time favourite writers.

I think it's safe to say this book was NOT sponsored by the Russian Tourist Board. Set in the Kamchatka Peninsula in the Russian Far East, it depicts the post-Communist state as a crumbling, corruption-addled shithole. Still, it makes an excellent backdrop for this dark thriller about the disappearance of two young sisters. A page-turner with a most satisfying ending.

THE MIRROR & THE LIGHT by Hilary Mantel

Tbh, I haven't quite finished this book yet. Even though it's a page-turner, it has an AWFUL lot of pages to turn. Maybe it shits the bed in the final act, but so far this is an excellent finale to the Thomas Cromwell trilogy. (Next time you write a 900-page book, Ms Mantel, might I suggest splitting it in two? No-one would have protested a Thomas Cromwell quadrilogy.)

MY YEAR OF REST AND RELAXATION by Ottessa Moshfegh

In 2020, it was hard not to sympathise with the lead character in this story: a young woman who, with the help of a pill-prescribing psychiatrist, decides to tune out for a year and just sleep. Could have been depressing if it wasn't so damn funny. In its deadpan misanthropy, it reminded me of Bret Easton Ellis before he started sucking.

I don't know why a book about a bullied gay child growing up in a run-down public housing project in Glasgow with his alcoholic mother should be such an entertaining read, but there you go. (It is worth noting that some people have compared this book to Hanya Yanagihara's A Little Life. This is absurd. Shuggie Bain is good.)

Confession: I enjoy the company of Olive Kitteridge, an entirely fictional character, way more than many of my actual living friends (none of the ones who might be reading this, of course - I think YOU'RE amazing). Picking up more-or-less where "Olive Kitteridge" left off, this sequel is every bit as moving as that Pulitzer Prize-winner. Is there anyone who writes so empathetically about us stupid, sad, selfish humans as Elizabeth Strout?

THE NICKEL BOYS by Colson Whitehead

Look, beginnings are easy. Any fool can write an intriguing first page. It was a dark and stormy night: bam, you've hooked me. But it takes a rare talent to write a great last one, and the final revelation at the end of The Nickel Boys is a total gut-punch. The story of two black boys sentenced to a hellish reform school in 1960s Florida, this should have been a gruelling read. But Colson Whitehead is too smart for that. This was the most exciting thing I read all year.

Even though this was a year we wished away, it still gave us some excellent books. We asked a few of our fellow people of the book what stood out for ...
Books
1 month ago

Four discerning reads for your book club this week.
Books
1 year ago

Thomas Cromwell - adept at unpleasant things and a canny reader of the human heart - is back, writes Sue de Groot
Books
11 months ago

The rough streets of Glasgow in the ’80s are the setting for a story of universal meaning and hope, writes Sue de Groot.
Books
7 months ago
Next Article