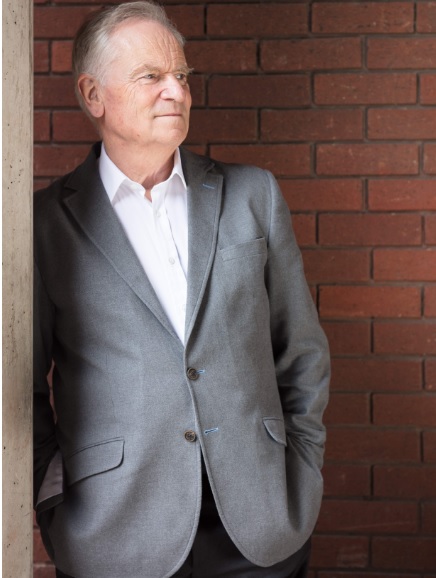 Over the course of his career, spanning nearly 50 years, Jeffrey Archer has published more than 37 titles and sold more than 275 million copies around the world.
Image: Broosk Saib

Over the course of his career, spanning nearly 50 years, Archer has published more than 37 titles and sold more than 275 million copies around the world. His books have been published in 97 countries and more than 33 languages. He has had 27 Sunday Times number one bestsellers. He is the only UK author ever to have been a number one best seller in fiction (20 times), short stories (four times) and non-fiction (A Prison Diary).

Over My Dead Body is part of the internationally bestselling William Warwick series and will be the first to be published by HarperCollins simultaneously across their English language markets, including SA, during 2021.

Eugene Ashton, CEO of Jonathan Ball Publishers, said: “We are delighted by Jeffrey Archer’s return to HarperCollins. SA has always been an excellent market for his books and Jonathan Ball has previously looked after them so it is as if things have come full circle. Archer is simply one of the world’s best and we look forward to selling many more of his books.”

Redmayne said: “I’ve been a fan of Jeffrey Archer since first reading Kane and Abel, and it has been a constant irritation that my tenure at HarperCollins started after his fantastic run of books with us in the 1990s. I am delighted the situation will now be rectified as he returns to us, his ambition to entertain his readers as strong as ever and with many incredible stories to tell.”

Elton said: “Jeffrey Archer is, quite simply, one of the world’s greatest storytellers. He combines sheer unputdownable pace with a cleverness and intricacy of plotting that is rarely matched, and the hundreds of millions of copies he’s sold around the world are a monumental testament to his skill. It is a huge privilege to be working with him.”

Archer said: “I’ve had 18 wonderful years with Pan Macmillan, whose outstanding team I’ve been proud to work with. However, after completing my contract with them, I am delighted and excited to be returning to HarperCollins, who successfully published me for so many years. I’m looking forward to them joining me on William Warwick’s next stage of his journey, from inspector to commissioner.”

'Klara and the Sun', the first novel by Kazuo Ishiguro since he was awarded the Nobel Prize in Literature, will be published by Faber & Faber in the ...
Books
9 months ago

Dane Bowman, Bruce Dennill and Michele Magwood share their thoughts on this week's reads
Books
1 year ago
Next Article