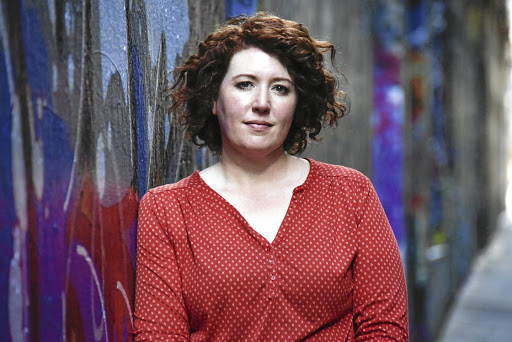 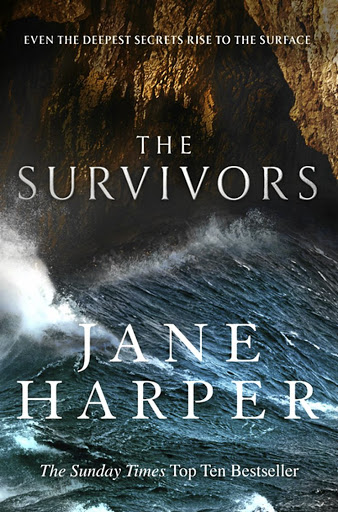 She's been called the "Queen of Outback Noir" but with her fourth novel, The Survivors, Jane Harper proves she is not quite so easily pigeonholed. Not to worry though thriller fans, she keeps to form with a classic Aussie whodunit - but this time the reader is transported to the dangerous, icy waters of Evelyn Bay in Tasmania rather than the hot, dry Outback that has become Harper's locus for murder.

And fans can breathe easily, not only because we're at the coast but also because the writer (who now lives in Melbourne with her husband and two kids) knows exactly what she is doing. She paints a nuanced watercolour picture of Evelyn Bay through
the eyes of her protagonist, Kieran. He returns to the small town with his adorable new baby, Audrey, and his partner, Mia (who is also from the bay).

There's no fanfare when they arrive - he's there to help his mother, Verity, pack up their family home. His father, Brian, has dementia and has to be placed into a nursing home for round-the-clock care, and his mother has chosen to move closer to the home to be with him.

Brian is not the only one who keeps forgetting about the past. All the town's inhabitants have trouble remembering exactly what happened. They don't want to relive what occurred 12 years ago when a fierce storm hit the town. In fact, this is one
of the reasons Kieran is not openly welcomed. He's the reason his oldest brother, Finn, and Finn's best friend, Toby, both died in the ocean. They went to rescue him when he was stranded in the caves on the cliffs and in turn they drowned.

Kieran's return to Evelyn Bay is as traumatic for him as it is for Liam, Toby's son, who is now grown up and is still angry over his father's death, and who blames Kieran for his loss. However, Kieran is supported and surrounded by his close friends from childhood. There's Ash, his childhood soccer nemesis turned best friend, who is now the town's landscaper; Olivia, who is now dating Ash and is a waitress at their local hangout, the Surf & Turf, and his best friend Sean, who was Toby's brother and is Liam's uncle. Sean now runs a fishing, snorkelling and scuba-diving business.

The deaths of Toby and Finn are not the only major tragedies that happened that day 12 years ago. Olivia's younger sister, Gabby, disappeared and only her backpack was found a few days later, washed up on shore.

All of this devastation and loss still looms over the town like a fog, and when Bronte, a young waitress from the Surf & Turf, is found strangled on the beach soon after Kieran arrives, her death dredges up all sorts of half memories and secrets.

There are many questions that were never answered when the big storm happened. Then, everyone was focused on the tragedy of the two men. But now, could the disappearance of Gabby and the murder of Bronte be connected? Kieran's father seems to be the person who could have seen both of them last. And Liam seems to be a person of interest because he had given Bronte a lift to her house before she was murdered.

There are turns and twists and red herrings, but mostly what's clear is that there is a heavy atmosphere of guilt. Whether it be Kieran, his mother, Mia (who was Gabby's best friend), Olivia or Brian, everyone blames themselves for something they did all those years ago.

What Harper does well is weave the past into what is happening now, showing the remote town as a charming seaside place to visit in the summer that has an underlying menace in the off-season, a greyness underscored by iron sculptures called The Survivors. Visible from the lookout, these three statues facing the sea are a memorial commissioned as a tribute to the 54 passengers and crew who lost their lives in a shipwreck nearly a century ago. They look out to sea, never totally submerged, always a reminder of death.

Harper is a master of painting the scene, but she is a wizard at forming her characters. Besides Kieran's friends and family, the rest are part of a small community mired in grief. Harper creates a meta character as an observer - a well-known thriller writer named GR Barlin who has just moved to the area. He says: "I really hoped I'd stay here long-term but now I'm not so sure. Places like this, they need to be tight-knit to work. Once the trust is broken, they're stuffed. Whether people see it or not, the writing's on the wall."

And the trust is broken in so many different ways. It's a book that focuses on this loss of innocence and trust, devastation, grieving and growing up.

Harper has proven once again that she writes thrillers (and this is said in an Australian voice) "from the heart". She is not the Queen of Outback Noir. She is simply the Queen of Aussie Noir.

Australia-based author Harper has had a big four years since her debut, she tells Bron Sibree
Books
2 years ago

The lure of Aussie noir