Clear eye on a big year 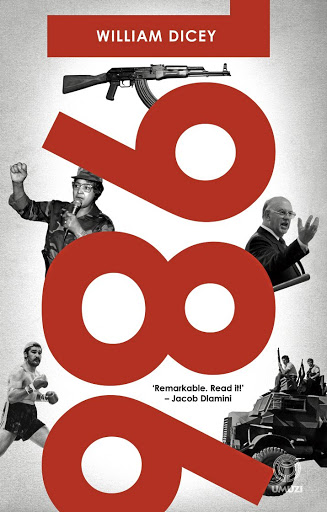 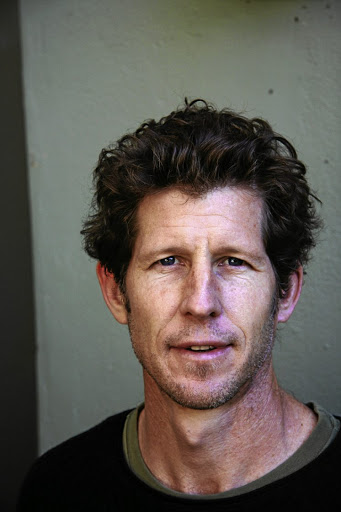 William Dicey is a fastidious writer whose books are separated by long periods of time. His first, Borderline - a travelogue detailing a journey down the Orange River - was published in 2004; his second, Mongrel - a collection of wide-ranging and perceptive essays observing everything from a carcass competition in the Karoo to the frustrations of a Cape Town murder trial - was published in 2016.

After the publication of Mongrel, Dicey jokes that his girlfriend said, "Right. Enough writing about yourself."

Dicey hadn't decided to heed her command just yet as he had already begun working on a project about SA in the 1980s, which he decided to "keep a secret because I thought I might still want to work on it. I was reading books about the '80s." One of those books was Rian Malan's seminal memoir My Traitor's Heart, in which the author made the early claim that 1986 was a watershed year in South African politics. This ignited a spark of curiosity in Dicey, who had been a teenager in Cape Town at the time but, as he writes in the afterword to his new book 1986, "Why didn't I know that 1986 was a year of particular significance?"

The quest to find out led Dicey down a two-year path, trawling through newspapers from the time, poring over books of reportage by journalists who were covering SA, and reading the work of many other South African writers and historians who have, thanks to knowing what they could only know after the events of 1986 unfolded, made a strong case for its significance in South African history. It was a year of necklacings, witch killings, vigilantism, unrest, political assassinations and the beginnings of the calls and early attempts to seek a negotiated settlement to the end of apartheid. It was also a year of rebel sports tours, cut-price crayfish, beauty pageants and the other comforts of ordinary white South African daily life.

Dicey's book about that year is a loose assemblage of around 120 entries organised according to date that trace the events of 1986 not as hermetically sealed and happening only in their time and place but rather as fluid moments of significance that can now be more clearly seen thanks to the 35 years that have passed since their occurrence.

Through Dicey's intelligent and subtle guidance, they serve as jumping off points for a book that weaves its engaging and inquisitive spell backwards and forwards in time to provide a picture, not only of the undoubted significance of that particular year, but more broadly of the 1980s as an era in which the seeds of SA's "miraculous transformation" in the 1990s were laid.

Unlike his previous books, 1986 is striking for the absence of its author's distinctive voice thanks to a conscious decision that Dicey made to emulate books about history, "where the author is entirely absent. I won't say that I pulled it off but I worked pretty hard at it. I wasn't able to kill all my darlings. It's a tricky balance - you don't want to sound like a newspaper, because there's a certain boredom that would set in, so you want to keep that fractional degree of authorial flourish, but way less than most books. So that's the kind of ground I was trying to find."

Of course Dicey's curation of the events is in itself an act of authorship that manages to pull off the difficult balance of allowing the reader to experience the time through the moments and voices that interest him without hitting you on the head with reminders of their significance or relationship.

As he says: "When I was first reading the history I was quite struck by the absurdities of the stories from those times so my ears definitely pricked up every time I came across the absurd." He was, however, "careful to never use the word absurd or any of its synonyms because I think you steal your own thunder that way and it's so much more powerful to have the reader think that on their own ... [even though] I was looking for it big time."

Ultimately the experience of writing about 1986, which Dicey is keen to emphasise he makes no claims for as better or worse than any other year, did lead him to agree with Malan, that "It was a watershed year. It was the last year in which a civil war seemed possible. It was also very violent . peak vigilante time. Of the 400 recorded necklacings, 300 of them happened in 1986, so it was a peak violence year."

Dicey is not a historian and neither does he pretend to be, and while readers may wish to read into his choice the idea that 1986 was worse than say 2020, that isn't his intention. Rather he says: "My ultimate aim is to say, 'Here is 1986.'

"I've tried to make it interesting to read so that people who normally wouldn't read history might find some interest in it, but the bassline objective is to say, "This is what happened in 1986 ... lest we forget."

In this radical critique of established pre­colonial and colonial history, heritage activist Patric Tariq Mellet retells the story of dispossession, ...
Books
1 year ago