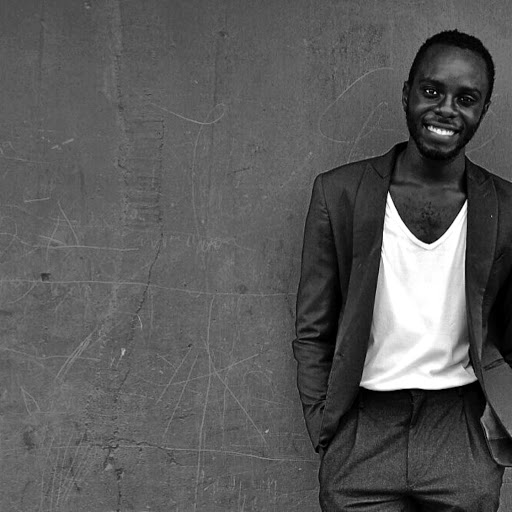 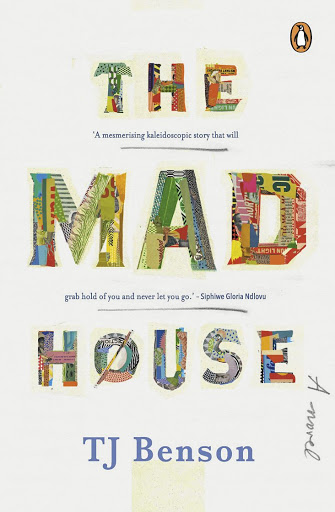 TJ Benson, first runner-up for the 2016 Short Story Day Africa Prize and finalist for the 2017 Brittle Paper Award, has released his debut novel, The Madhouse. The book is a surrealist painting of an unorthodox Nigerian family set during the 1980s and '90s in Kaduna, the city Benson moved to after selling the rights to the novel. This layered and complex literary drama blends the reality and politics of the time with otherworldly elements - such as two brothers, Max and André, who get sucked into one another's dreams, while André's dead twin haunts him. Even the foster daughter, Ladidi, has a mystical air.

Yet this unusual and immersive speculative fiction tale got its start in a very different genre. "I had consumed too much Harlequin novels as a teenager," Benson says, "and I had noticed they all stopped at 'happily ever after', so I started asking myself 'What does happily ever [after] entail in Nigeria?' " An understandable question for a man who lost his parents at 10 years old, leaving him bouncing between other families. "My childhood was football and Disney cartoons," he reflects.

Benson's novel is anything but a Harlequin romance, saturated in real-life grit. Two middle-class lovers, Sweet Mother, a minister's daughter, and Shariff, raised Muslim, find themselves accidentally living together. The pair gradually come together, their union bringing forth art, music and children, while redefining family roles. Yet their lives are fraught with hardship and betrayal.

"When I started writing this book," Benson says, "I already knew the family would be unusual. At the time not many [Nigerian] men believed their wives were full human beings and even fewer pursued their artistic whims and were invested in knowing their children. Those who wished, had their time stolen by the terror of that era."

Not that times are easy now. "At the start of the pandemic I couldn't write at all," Benson says. "I lost all language." Also, "We are still dealing with the events of October 20 2020 when our government fired live rounds at unarmed citizens protesting police brutality."

Currently participating in a Caine Prize editing workshop, Benson is gradually returning to writing, all thanks to his art (illustration and paintings with silver ink on inkjet paper, sometimes on old photographs he took before the pandemic began), stating: "It was drawing that drew me back."

In The Madhouse, time moves in ways that defy reality. A clock in the Madhouse's kitchen speaks only of midnight and noon. Sweet Mother uses paint to place actual time on Shariff's chest. To lose time, she makes a stew from her unusual homegrown vegetables. In an attempt to cope and regain control of her fragmenting family, she burns time into a sheet of plywood.

Meanwhile, Max and André grow up in plurality, rather than as individual boys. "My main characters weren't just carrying the present 'them,' " Benson says, "but also all their histories and all the promise of their distinct futures." This is a theme that intersects with Benson's visual art. "My visual art is an exploration of sensory maps, the internal histories of the body."

The Madhouse, as a home, carries its own internal histories and exists for the family as a place of both pain and refuge that sits outside the Nigerian day to day. Yet its walls cannot completely keep out the region's political turmoil, echoing Benson's own experience in writing the story. "I felt ambushed by my own work when I discovered the politics of the time was beginning to shape [the characters]."

But even as the army patrols the streets, drags Shariff off to war, and tosses him in prison, there is a more welcome invader: music. "It was impossible for me to think of middle-class life in the '80s and '90s Nigeria without American Jazz and Nigerian Afrobeats," Benson says. Unusually, The Madhouse goes beyond mentioning these tunes and brings them to your phone. Scattered in the chapters, between paragraphs, are QR codes that will whisk the reader off to music videos that bring to life the vibe Benson's prose has built.

Altogether, The Madhouse explores the question of how to balance family obligations with your own desires without becoming consumed by either. The story thus becomes both a celebration of life and a warning. A beautifully layered read. @ms_tiahmarie

In Nigeria bodies obey instructions yelled out of loudspeakers to the electronic beat of drums: Whine your waist! Shake your baka! Put it on me!
Books
1 year ago

Thompson beat off stiff competition from authors from Zimbabwe, Ghana, Uganda and Nigeria.
Books
2 years ago