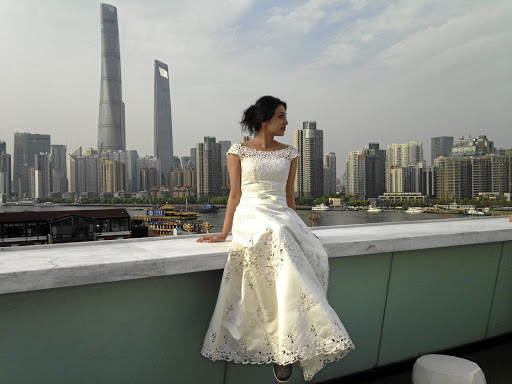 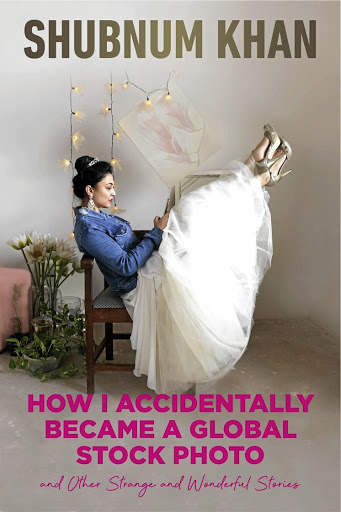 The word "wonderful" in the title of Shubnum Khan's travel memoir - How I Accidentally Became a Global Stock Photo and Other Strange and Wonderful Stories - does not mean the author is full of herself (she so isn't). "Wonderful" is used here in its original, wondrous sense. It means being filled with a sense of wonder, having a capacity to find magic in any and every situation. By turns serious and ebullient via Zoom from her home in Durban, Khan says one of the things she would like people to take away from her book is "to see even the small ordinary moments as extraordinary".

Some years ago, Khan's photograph appeared without her permission in dozens of countries, advertising all sorts of brands and services - the title story describes in hilarious detail her struggle to have her face removed from a stock agency's files - but she has also been to many places as herself, which was understandably a lot harder.

She describes scenes of breathtaking wonder as she relives her journeys to the mountains of Kashmir, the cacophony of China, the streets of New York and the strangeness of South Korea, among other places. There are also many small, if not exactly ordinary, moments, such as her recollections of growing up with three sisters and losing (or perhaps finding) herself in books about secret gardens and magic faraway lands behind wardrobes or above trees.

"I do try to go for that," she says with a self-deprecating laugh, "but it's easy to forget about wanting magic in your life. I think honestly that when you remember it, and when you consciously cultivate that sense of wonder, then wonderful things do happen. It's when you forget to remember this that life can become mundane."

This anxiety supplies much hilarity in the book, but the laugh-out-loud scenes are balanced by thoughtful passages of introspection. Khan says the counterpoint between humour and reflection was not easy to achieve.

"For some time I felt like I was writing two books and I struggled with this, because on the one hand I felt it was a funny book, with all these funny stories, but then I also kept trying to write these introspective pieces about travelling as a woman, as a Muslim woman, and I didn't know how to put the two together. I was reading so many books to try to work this out. I read over 70 books last year, partly because of lockdown but also to try to find that voice."

She has found a voice uniquely her own, where hilarity and reflection blend seamlessly. "Laughter and sadness are so close together, after all," she says. "Sometimes when you're laughing you are also crying."

Mostly, however, this is a book about courage. Unlike many memoirs where the intrepid writer climbs untrammelled peaks and slashes through tropical jungles and fights off Komodo dragons and flies solo over the Atlantic, this is not the sort of armchair travel book where the reader enjoys impossible journeys from a safe and comfortable distance. This is a book that makes you think: I could do that!

And this is the essence of Khan's charm. By sharing her fears and her anxious lows as well as the spectacular highs of global discovery, she takes readers by the hand, as though we were nervous fliers, and shows us how anything is possible.

On her first trip alone, as a volunteer teacher in a Kashmiri village accessible only on foot or horseback, Khan describes a particular revelation:

"I didn't know if I was an adventurous person who could trek through mountains and jungles and I didn't know if I would ever be, but I did know that I was a girl from Durban who had sat at home and dreamed of seeing the world. A girl who, until just a few months ago, cried in the back seat of a car as she went out alone for the first time and a girl who was now sitting at a fire, somewhere in the Himalayas, beneath a sky so full of stars she could reach out and touch them if she wanted. She could pick them out of the sky. Fill her hands. Carry the light in her pockets. Hold it close when she was an old, old woman."

Alongside such heavenly moments there are many visceral, earthy ones, some of which frankly and funnily confront bodily functions. And in the Himalayas there were also fleas. Khan's account of how they tormented her and a fellow volunteer from SA makes one's skin itch, literally, but she says she doesn't think she did the bitey creatures full justice.

"I don't think I adequately described in the book how bad the fleas were," she says. "I had photos that I didn't send home to my mum because I didn't want her to know how bad it was, but I showed her later.

"My whole arms were full of red bites. It was so bad you couldn't think. The fleas were the worst."

Courage means facing down fleas as well as bigger foes. The biggest of these is always our own fear, and so it is something of a misnomer to call Khan's entrancing memoir merely a travel book. It certainly makes one want to travel in the physical sense, to see other lands and meet other people, but it is also, perhaps primarily, a journey over the borders drawn by fear.

"I didn't intend this to be a book about a woman travelling the world and how you need to be brave but that's how it turned out, that's what it ended up becoming," says Khan. "I would hope that the book shows women that we are far more capable sometimes than we might think we are, and that we can do so much more than we realise.

"Throughout the book I'm anxious and I'm scared but I still tried to do it and I found I can do it. Writing this, reliving those travels, was such a nice reminder for me because I forget, we all forget all the time, and so when I read these stories and remember, it's like, oh you CAN do it. You know you can be at the point where you are so terrified of doing something, you're frozen, you think you can't do it, but then you remember, I did it before so I can do it again, it can happen.

Khan's first novel, Onion Tears, was published to widespread praise in 2011 and resulted in several fellowships around the world (she also has an MA in English and has worked as an academic). The follow-up has been harder, she says, but writing this sparkling memoir has put her in a space where she finally feels ready to finish her second novel. She is also an artist of some repute, mostly for book covers and private commissions. 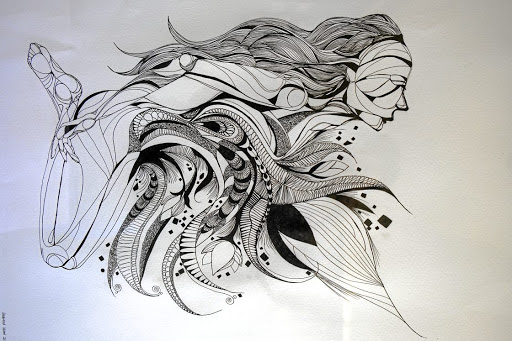 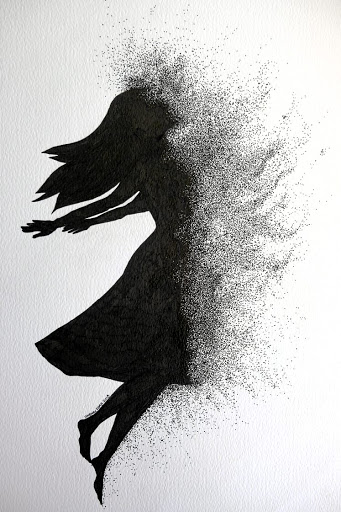 Drawing and writing inhabit separate hemispheres of the brain, she says. "If I'm working on a drawing project I can't write and when I'm working on a writing project I can't draw. The drawing comes easier, just because it's more instinctual. The writing is more difficult because you have to structure it - it requires much more control than drawing for me. I find drawing more cathartic but writing is more intricate, you're building things, so I do also get a sense of freedom from writing - if it feels real and honest then I get more satisfaction out of writing than drawing."

This is a book of stories providing a reminder that once “you step off the edge, anything can happen”.
Books
1 year ago

Durban-based South African writer Shubnum Khan was shocked when she found pictures of herself‚ front and centre‚ in a series of international ...
News
4 years ago

An insider's guide to the best Indian food in Overport, Durban