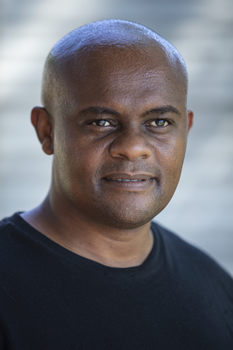 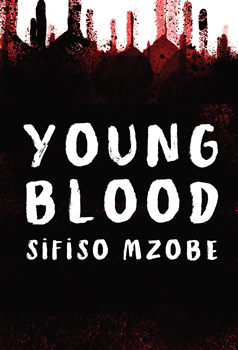 Sifiso Mzobe's Young Blood, published by Kwela in 2010, recently came out in the US. SA author and publisher Joanne Hichens finds out more.

In Mzobe’s thriller, Sipho, a true “Young Blood” — a youth with nothing to lose — drops out of high school and joins a car-stealing syndicate. The novel, part crime saga, part coming-of-age story, charts Sipho’s few months while in this syndicate, taking the reader on an emotional journey as he’s pulled deeper into the vicious underbelly of the illegal SA township car trade.

In this interview for The Big Thrill, Mzobe provides insight into what inspired this compelling story and its diverse cast of characters.

Sipho lives in the township of Umlazi, an informal settlement on the outskirts of the city of Durban. His brick home overlooks Power, a shanty town of tin structures. Did this truly SA setting — one of poverty and hardship — inspire the story? Or did you have Sipho in mind when you started writing?

When I started writing this story, the characters and setting were very crisp in my mind. The proximity of Power, the shanty section, and the more developed section consisting of brick houses where Sipho lives is what you see in most black townships of SA. People flock to townships from rural areas so they can be near job opportunities as townships are closer to cities. Shanty sections in townships spring from that, and they just keep growing. It’s been like that since I was very young.

In Umlazi you find shanty sections, a few mansions, and a lot of four-room houses. Four-room houses were built by the apartheid government when they forcibly removed black people from the cities. The term four-room is deceiving. It does not describe a house with four bedrooms — there are two small bedrooms, a small kitchen, a toilet, and another room. People from these different social classes coexist in Umlazi township.

On its strength, a man is acknowledged in the townships either as an ingakara, the upwardly mobile man about town, or as an isithipha, the ...
Books
4 months ago

Indeed, Young Blood is very much the story of Umlazi — one could describe the township as a character in and of itself. How did you bring it to life?

I witnessed the political civil war that ravaged Umlazi in the 1980s when I was a child. As a teenager I felt the palpable optimism that bubbled in Umlazi after Nelson Mandela’s release from prison at the dawn of the democratic SA. In my adult years I’m witnessing disillusion in my people as the promises made in 1994 when Nelson Mandela became our president remain unfulfilled.

The raw, vile, perverse apartheid of the previous government has changed its spots to become another version; the apartheid is purely economic now. Black people suffered then, and the majority of people suffering today are black. Unemployment is high, and most of those who work don’t make enough to live comfortably. It is in this environment that the people of Umlazi try to go about their daily lives and make ends meet and thrive.

The setting is what I see every day. It’s the same with the main character—Siphos are all around me in my world. The character and the setting inspired the story simultaneously. In telling the story I wanted to put the reader inside Umlazi.

To get to Sipho then, your “Young Blood”, he grows up in this setting, abandons school in grade 10, and soon gets caught up in what can be described as a “wild life”. What was the early spark for his character?

I thought it would be interesting to develop a character like Sipho who drops out of school, who is a mechanic taught to fix cars by his ex-convict father, and is roped into a car-stealing syndicate.

I went to school with a lot of people who turned out to be “Young Bloods” like Sipho. I wanted to explore why I took this path, of writing, and they took the other path, of crime. So I started to look deeper, beyond the headlines and statistics.

I see a lot of people like Sipho who have an intelligence that is not academic but social. There are sections in Umlazi where just making it into adulthood is a great achievement —places where poverty is just overwhelming, where the majority of young men have been to prison at one point or another in their lives.

Rwandan-born Namibian author Rémy Ngamije has won the 2021 Commonwealth Short Story Prize (Africa) for his story Granddaughter of The Octopus.
Books
4 months ago

Indeed, it is Musa who first gets Sipho involved in the car-stealing syndicate. However, considering that Sipho’s parents are hard-working, his father is a mechanic (though an ex-convict and a former captain in a prison gang), his younger sister is sweet and adoring, his mother God-fearing, why did Sipho choose a life of crime? The family have a better life than many, certainly better than those who live in Power.

The life of crime is seductive. He sees that hard-working people can’t afford the expensive cars his criminal friends have, and the flashy clothes. He is ambitious, so if school doesn’t do it, he’ll take the other route on offer.

Money rules the world; love doesn’t bring food to the table. It is that simple to him. Sipho knows he is loved, but he also knows the reality of how the world works. His family is just making ends meet, so he believes that by making money, even illegally, he will help his family.

I tried to show their struggles in the first chapter — it has taken them years to just build a wall around their house. It takes them a long time to afford to buy the blue paint for that wall. They cannot afford to buy a gate. His mother works as a cleaner at a hospital; his father is a backyard mechanic. Most criminals come from families like these, families that barely make ends meet.

Lately in SA we have this phenomenon of the “unemployed graduate”. There are just not enough jobs — even if you have completed your diploma or degree, it is not guaranteed that you will find a job. It’s easy for people like Sipho, who is not gifted academically, to look at his future prospects and lose all hope. If education doesn’t guarantee success, then what will become of him, not being educated?

I found that in researching these guys, car thieves and armed robbers are usually ordinary people pushed by circumstances into a life of crime. And things go downhill from there.

I had to explain “noir” to the writers - stories that are dark, and look at the disruption and the decaying aspects of society.
Books
9 months ago