Writing against the tide 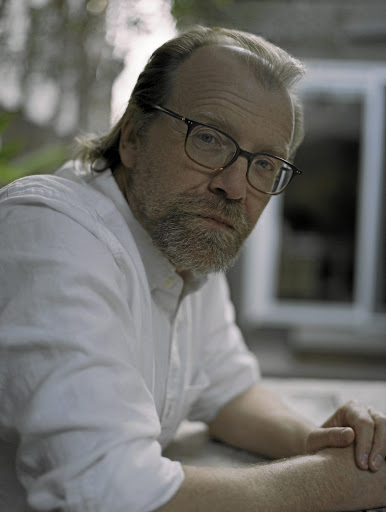 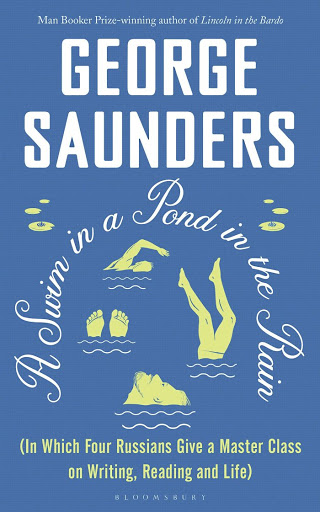 How is it, you ask, that George Saunders's latest and 11th book, A Swim in a Pond in the Rain, can elicit such enchantment? Of course, long before he won the 2017 Booker Prize for his first novel, Lincoln in the Bardo, Saunders was renowned as the greatest living short-story writer in the English language. He's also revered for the masterclass on the 19th-century Russian short story he's taught as part of Syracuse University's MFA programme for the last 20 years, which he has now reprised in A Swim in a Pond in the Rain. Yet you still marvel at how, with this on-the-page class, Saunders restores your sense of that sacred childhood thrall to the wonder and mystery of stories.

Saunders likens fiction to "a sacrament" in the pages of A Swim in the Pond in the Rain. And as he tells me down the line from Syracuse, "in a small way I actually do think a class, if it's founded on respect, can be a sacred space". He is also quick to declare that "as I got older I lost that feeling of being lost in a book, and part of the reason I wrote this book was to remind myself of that".

Re-immersing himself in the seven stories he reflects upon in the book "was a good way to get that going again", says Saunders, who, in conversation, radiates the same warmth and generosity that pervades the book. And his delight in helping his students acquire the "technical means to become defiantly and joyfully themselves" is just as palpable. "I think I always overlooked how important teaching was to me, partly because it showed me a different side of myself; that I could be concerned with someone else's welfare instead of my own."

This realisation helped trigger his desire to recreate his masterclass on the page. "It's a bit like getting to the top of the mountain, and looking back. And now that I'm achieving my goal of teaching less and writing more, I'm having some postpartum pain about that. So this book was a nice chance to channel that teaching persona and say, 'OK, my job here is to help you love these Russians, and I'm going to charm and cajole, joke and get technical and do everything I do in the class.'"

He does that and more besides in A Swim, including, he admits, revealing more of himself than in any of his award-winning story collections, novellas, essays or Lincoln in the Bardo. He tells of his own struggles to accept his unique "working-class tastes", concerns and now famed comedic "voice" while guiding us through stories by Chekhov, Tolstoy, Turgenev and Gogol. "Stories which for the most part are quiet, domestic, apolitical," he writes, "but this is a resistance literature."

Famed for writing his own brand of resistance literature, Saunders credits the Russians for not only changing him, but making him see fiction in moral ethical terms. "If you read Chekhov or Tolstoy it's as if they are trying to let all the truths of the world in and look at them with a little curiosity. And I didn't always feel that with the American writers."

Saunders admits to "thinking a lot lately" about the nature of resistance literature, the way "fiction takes concepts and keeps insisting we humanise and particularise them. Particularity is such a friend to us, especially at times like these where, here, the partisan divide is just unbreachable."

He cites Chekhov's story Misery as an example which remains inscribed in his heart. It tells of a series of small humiliations experienced by a lowly horse-drawn carriage driver while trying to tell someone, anyone, of the recent death of his son. In the end, only his horse hears of his grief. "To me, that says everything about the deprivations of capitalism, about loneliness and the failure of us to see one another," says Saunders.

Yet Saunders came to the Russians and to writing late, first studying engineering. Toiling long hours in oil fields in Asia and the US, "gave me a real sense of hardship. I wasn't in the maw of capitalist culture 100%, but close enough to smell the breath of it. That was early, then later - realising of course that's material, that's the whole culture in America, that's our whole game, that's why we're so violent, why we're so distractible - I wrote the first book." That book, CivilWarLand in Bad Decline, six short stories and a novella, garnered rave reviews from the New York Times for the way it delineated "the dark underbelly of the American dream".

He has chronicled the lives of the "lost, the unlucky and the disenfranchised" with ingenuity ever since, and his faith in these Russian stories, in literature, has never faltered. "I think literature is a very potent truth, it helps us refine what Hemingway called our bullshit detectors. And I believe it has a much more important part to contribute than we know. It's not a panacea, but in America we have over my lifetime pushed fiction to a corner, and that's really dangerous. Storytelling is the main way we figure out what we're doing here."

Bron Sibree chats to journalist and author Ioan Grillo about his revelatory new book, the third in a bestselling trilogy rooted in Latin America's ...
Books
8 months ago

Digging deep into a high-ranking Nazi's past exposes networks of escape and a family that shielded him even after his death, writes Bron Sibree.
Books
1 year ago

Listening for their voices