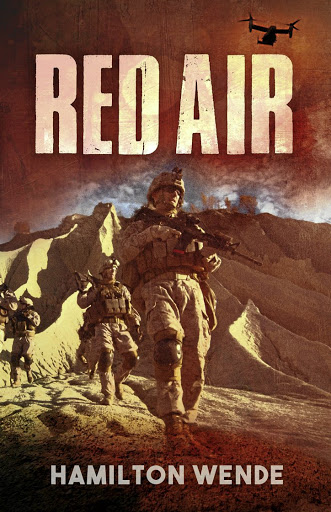 Hamilton Wende's time as an embedded journalist lends authenticity to this tale of a son forced to save his kidnapped father from the clutches of fighters in Afghanistan and come to terms with a difficult father-son relationship.

Danny, a journalist, unwittingly causes the capture of a warlord's son, and in turn his father is kidnapped. Although Danny does not approve of his father Al's choices, especially as a CIA agent, he leaves New York and heads to Afghanistan to facilitate a rescue, and joins a US Marine-led mission to rescue him.

Things quickly go horribly wrong: they are shot down and forced to fight for their lives. Dust storm-induced red air conditions preclude any friendly air support, leaving the team isolated and exposed - they have to fight on equal terms with their enemies. Danny is thrust into combat and has to re-examine the emotional reality of being a soldier - facing one's fears and either picking up a gun or being killed.

The juxtaposition between the protagonist's family life (with his own two sons and a wife) and the violence of Afghanistan is harsh, and accentuates the vast gulf between the lives of those in New York and Kabul.

Wende deliberately avoided making the warlord a member of Taliban or Isis as he wanted to focus on the motivations of fathers and sons who happen to be at opposite ends of the world.

Red Air puts you in the thick of the brutal action in Afghanistan and moves along at a rapid pace as Danny is swept along on the disastrous rescue mission. Although the book feels a little unpolished in places, it's a quick and easy read with plenty of solid action that does a good job of entertaining.

Chris Ryan is well placed to tell the tale of one of the world's most revered special forces outfits, writes Guy Martin of 'The History of the SAS'
Books
1 year ago

A sequence of events unfolded that would ultimately lead me on a nearly four-year journey to establish the truth regarding why our men were sent to ...
Books
9 months ago