Raven Leilani's dark, amusing tale of a young black woman fighting to assert her artistry in a world of conformity 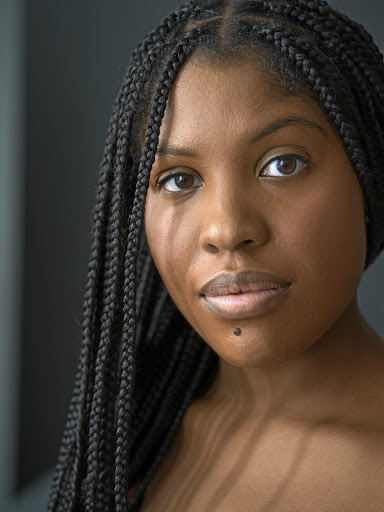 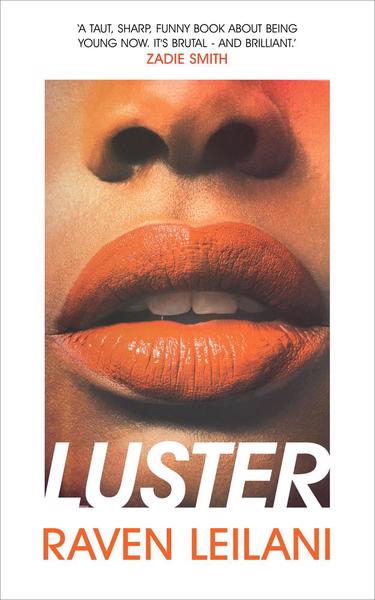 The first time we have sex, we are both fully clothed, at our desks during working hours, bathed in blue computer light.

Longlisted for the 2021 Women’s Prize for Fiction (“it’s completely surreal!” she laughs in response to this achievement), the first 22 words of this book is a deliciously apt intro for a title in which “lust is seeded in the word”, Leilani tells me from her sunny Brooklyn apartment during our Zoom interview on a grim autumn day in SA. “This is a book about desire, the body, the luster of when you draw together the fantasy of the thing versus the reality of the thing and maintaining the idea of that fantasy. Maintaining your inner luster and artistry in a world adamant about dampening or challenging your artistry.”

This is also a book which explores the racism, sexism, exploitation, and prejudice which permeates and imperils the lives of young black women in America, as conveyed via Leilani’s 23-year-old protagonist, Edie.

A millennial living in a shitty, mice-infested apartment with "a twenty-three-year old Flat Tummy Tea Instagram shill" as landlord, stuck in a menial admin job in publishing, shagging questionable men, and being denied the opportunity to actively pursue her art can be read as #RelatableContent for many 20-somethings.

“I’m not Edie, and Edie is not me,” Leilani responds to a question as to what extent she relates to Edie, adding that she did write from her experience as a young, black woman trying to assert her capability and artistry; trying to carve out a living in a very unstable economy; who works numerous “deeply brutal and dehumanising jobs that people have worked”.

Climbing up and coming up against sexism and racism in the most professional spheres, doing everything you can to make a little bit of money – which ultimately is never enough – and the task of maintaining the love of the thing that feeds you (creating art) are further similarities they share.

Art and the body and how Edie relates to her body and her needs was her way in, Leilani says of starting Luster, with the body in speaking in the first sentence being that of Eric: a white, middle-aged archivist who lives in suburban New Jersey, and is in a semi-open marriage with his fan-of-living-room-yoga-and-garden-tending medical examiner wife Rebecca, with whom he has a 12-year-old adopted black daughter, Akila.

Eric was going to be white and middle-aged from the get-to, as Leilani was interested in exploring the power dynamic between an older (white) man and how Edie both privately grapples with it and enjoys it.

Fired from her job, kicked out by her trust fund baby landlord, and having nowhere else to go (her drug addict mother committed suicide and “the man I call my father” died five years after her mother), Edie finds herself living with this unlikely nuclear family of sorts – “it’s a tricky label to put on what they are!” Leilani laughs.

Edie’s engaging, stream-of-consciousness observations of her everyday life is delivered in the first-person narrative in the present tense – a storytelling mode Leilani was certain of employing from day one, she states.

Leilani describes her decision to use the first person as “almost necessary” because the speaker is a black woman, her external reality is a performance, and there needed to be a window into her mind. Presenting the important immediacy of all Edie’s experiences was best conveyed via the present tense, Leilani adds.

One of the odd jobs Edie holds is that of an in-app food delivery person, which sees her traversing New York on a bike, observing and detailing the habits of the inhabitants of the city that never sleeps: Most of the time, I stay in Brooklyn. I get the first orders of no-pulp orange juice and champagne out of the way. Make pit stops for vanilla Juul pods, small orders of LaCroix and Pampers. I make my home base Holy Cross Cemetery so I can hydrate in relative peace, and also because it’s smack-dab in the middle of Flatbush, the orders come in from all sides. Technically, I’m not allowed to transport anything that qualifies as a drug, but there are prep school kids who need bubble tea and Marlboros, dog walkers who need boxed wine and leave detailed instructions about where in Prospect to make the drop, pump-and-dumping mommies who emerge from the Grand Army market, desperate for gin.

Edie’s attentiveness to those around her is reminiscent of flâneurs of yore – yet instead of a white man who has the leisure to stroll about town casually studying his surrounds, Edie is forced into these spaces as means to make ends meet.

Leilani says that a flâneur had the privilege to be safe to move around the world and to be outward and studious. The same doesn’t apply to Edie: “Her body is imperilled in these public spaces, she has to be more vigilant, her study is heightened.”

Flâneurism “manifests differently when the character is a black woman,” says Leilani, commenting on how the privilege imbued with the (white, male) observer is the antithesis to Edie’s reality: crossing NYC’s boroughs is a survival mechanism.

On the topic of white men and black women …

With the character of Akila, Leilani was writing away from Edie’s own experiences and her own familial context, describing their relationship as “black girlhood in the way that comes together in an environment that is built to see her or offer her guidance to grow up whole and protect herself”.

There’s a passage in the book in which Edie witnesses Akila struggling to pull a comb through her hair, advising her to “start from the ends”, only to be met with Akila getting up and closing her bedroom door. Leilani says that this action was included because “I wanted to explore a different kind of iteration of a black girl who misses the opportunity to have real camaraderie with someone who’s trying to find herself”.

Leilani furthers that Edie recognises the previous version of herself in this child, who’s coming up in an insulated context, emphasising the façade that she puts up depending on the person she’s with, or the environment she’s in.

Edie has inside knowledge of Akila’s lived experience which offers necessary relief in the text, amid the darker themes, says Leilani, adding that their forced co-habitation is “an opportunity for both black women to have someone who sees them”.

A literal example of necessary relief is conveyed when Akila attempts to bleach her hair, leaving it in for too long: Sodium hydroxide and the real estate of the scalp, Edie observes when Akila comes to her for advice after burning her scalp.

“I don’t know a single black woman who hasn’t had that experience!” Leilani exclaims, soberly acknowledging that “that kind of care has enormous baring on your self-esteem, your self-concept, learning how to help care for yourself. All young girls need it, and not all girls receive it.”

One of the darker themes of Luster – racism – is explored in its most overt and veiled manifestations, with Edie overhearing Akila’s teenage tutor Pradeep saying to Akila that “a monkey could do this” as she struggles to solve a maths problem.

Both Leilani and I comment on my use of air quotes when I ask about this “subtle” form of racism, because although it is seemingly less "visible", it’s undeniably antagonistic.

“It’s way more insidious and invisible,” she says: to convey racism that is lower case, you’re less able to condemn because it’s less visible and easier to dismiss.

Edie and Akila both understand that Pradeep’s comment is racially charged, with Leilani furthering that the business of racism is rooted in orienting black people to not trust their own eyes, to live in a world that gaslights you.

“An incident like that is not overtly violent, yet extremely violent,” she continues, adding that it’s difficult to convey quiet racism to someone who isn’t black.

A later part of the book features an incident where Edie and Akila are manhandled by police officers outside Akila’s house – a “recognisable, shareable racism that we are too familiar with”.

But when they ask if I live in the house, I hesitate, and Akila crosses her arms and says that she does, her tenor markedly less reverent than mine. One of the officers turns to look at her, and I can feel the impending spiral of this exchange, my fear of the officers’ increasing proximity tempered somewhat by the oddness of our shared incredulity at Akila’s departure from the script.

Leilani continues by expounding on the different generations’ response to that trauma – Edie has inside knowledge of the script, whereas Akila deviates from it – saying that asserting her right to that space makes Akila a fair person, reflecting on the beauty and danger attached to ignorance.

Racism isn’t the only trauma Edie is subjected to her in her two-odd decades of existence, as depicted in her own artwork (specifically a painting she made of her mother’s suicide), her eviction and instability and “the desire to survive in an enormously indifferent system” (as per Leilani), and continually being denied the opportunity to assert the right to her own space and personhood, which she is confronted with by something as seemingly innocuous as children’s books:

Yes, I delivered on the K-5 Maya Angelou and Frida Kahlo biographies, wherein the sexual assault and bus accident were omitted per a Provo parents group who weren’t ready for their kids to see the blood women wade through to create art.

Edie’s mother was the catalyst of the blood she had to wade through to create art.

Her mother was her first foray into depicting a subject that is both private and intimate and even grotesque, says Leilani. (Edie’s mother gifted her a Polaroid camera as a teen: initially a willing subject to be photographed, she eventually asked Edie to stop photographing her because she didn’t like the way she looked. I thought her resistance was petty and vain, a boring thing I’d seen less interesting adult women do, then I looked at the pictures and knew that she was right. She wasn’t simply unphotogenic. She was bare in a way that film betrayed so dramatically that she became grotesque.

The mission in Edie’s art is to paint towards that sort of voyeuristic sprit, says Leilani, trying to do that to herself – by replicating her face on canvas. Yet she can’t. “She spends so much time performing that her subconscious is distorted.”

Edie’s familial context is one of instability, and Leilani acknowledges that children who grow up with instability try to find a grip by either distancing themselves, creating their own imagined worlds, “or to be hypervigilant where you do not feel free to be vulnerable”.

In between her hasty evacuation and relocation to Eric and Rebecca’s house, Edie leaves the painting she made of her mother’s suicide behind in her apartment. Leilani describes this act as a loose metaphor for the art she has to leave behind in order to eat: art comes at the expense of working day jobs.

Or, as she succinctly puts it, “there’s no humanity in capitalism”.

Provocative page-turner from a fresh voice

Meet Edie. Edie is not OK. She’s messing up in her dead-end admin job in her all-white office, is sleeping with all the wrong men, and has failed at ...
Books
10 months ago