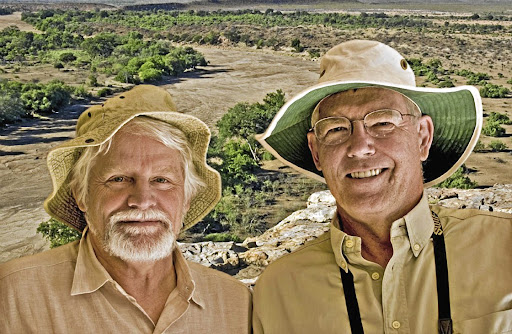 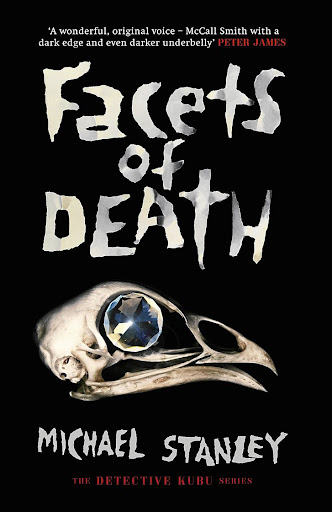 This is the seventh book in our Detective Kubu Bengu series set in Botswana. Surprisingly, we never intended Kubu to be the protagonist of our first book. He just took over the top spot when we sent him to investigate a gruesome murder in the Kalahari. And we were fortunate he did, because it's his popularity that has driven the series. However, as a result, there was a big gap in his backstory. We hadn't thought about his early years. How did he become Botswana's star detective? To answer that question, we had to write a prequel.

Facets of Death starts the day Kubu joins the Criminal Investigation Department in Gaborone as a new detective, straight out of university. He gets the cold shoulder from his colleagues who worked their way up starting on the beat. However, he soon gets his chance to prove himself when a gang pulls off a daring heist at Jwaneng - the world's richest diamond mine - by hijacking an armoured vehicle and killing the security guards.

As far as we know nothing like that has actually ever happened in Botswana but, because diamonds are so crucial to the economy, it was intriguing to explore the wider ramifications, especially the political ones. The story also offered a great vehicle for understanding the young Kubu - his willingness to learn, his good intuition, and his naivety. We were frequently surprised at what he came up with.

For Kubu, everything about the case is hard to understand. The detectives are sure there's an insider at the mine, but there are no clues pointing to anyone. It seems there's a witch doctor involved and that a fire at Jwaneng airport was part of the plot. Then the robbers are killed crossing into SA, but the diamonds remain missing. Whenever the detectives feel the trail is getting warm, another murder occurs. As pressure builds on the CID, in desperation they are forced to try an unusual plan that Kubu has devised - a plan with very little chance of success.

Writing Facets of Death was somewhat like writing an historical novel, even though it was set only 20 years ago. It required us to explore what has changed, particularly in the area of what technology was available in rural Botswana. In many ways, it was a relief not to have things like cellphones around to trip up the bad guys. As for asking De Beers about the details of their security for transporting gemstones, we didn't even try! So we had to make that up, but it still had to be plausible.

What was most challenging was the fact that we'd already written six novels in Kubu's future. So we had to be very careful to ensure he could grow into his future self.

The young Kubu has been popular with readers, and we feel there's more to discover about him and the Botswana of 20 years ago. So Kubu will be back in our next book a little older and wiser.

Facets of Death by Michael Stanley is published by Orenda Books, R230

Should they be stopped for smuggling the hides across the border, a healthy bribe should see them on their way, but he kept their weapons available ...
Books
6 months ago

Michael Sears and Stanley Trollip are the dynamic duo behind the pen name Michael Stanley and the award-winning Detective Kubu mystery series.
Books
1 year ago

Mike Nicol is a talented South African novelist and stylist, and every one of his thrillers is a treat.
Books
7 months ago