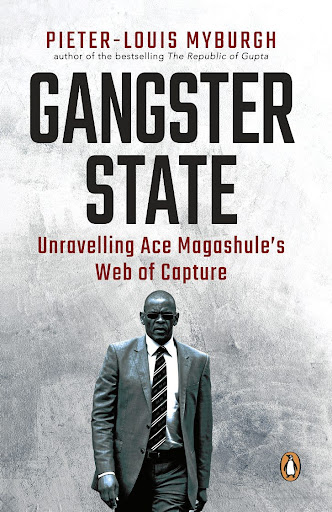 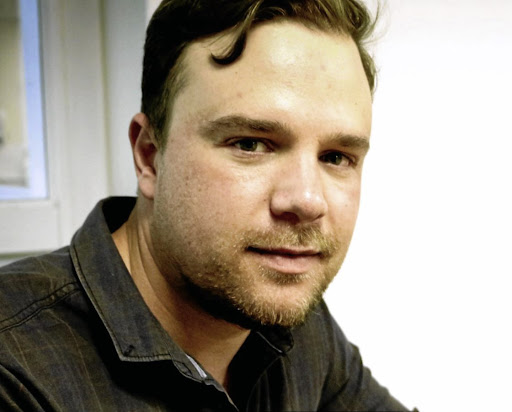 Two years on from the publication of Pieter-Louis Myburgh's Gangster State: Unravelling Ace Magashule's Web of Capture (Penguin Non-fiction), this explosive investigation is more pertinent than ever. Myburgh digs deep into Magashule's history of murky dealings from when he was a struggle activist in the 1980s to his powerful rule as premier of the Free State for nearly a decade, and his rise to one of the ANC's most influential positions.

What led you to write a book on Ace Magashule and his "web of capture"?

While working as an investigative journalist at News24, I started publishing articles detailing suspicious government contracts that benefited then Free State premier Ace Magashule's daughter. This, together with earlier revelations from the collaborative #GuptaLeaks project, led me to realise that there was a much bigger story about Ace Magashule that needed to be unpacked.

I wasn't sure where my research would lead me, but I knew the Ace Magashule story had to be presented in book form, as opposed to staggered investigative pieces published in the news media. So I resigned from News24 and, with much-needed financial support from the Taco Kuiper fund, embarked on a full-time research and writing sojourn that lasted just over a year.

What were your sources for the research?

I stumbled upon some amazing old material from the ANC's Oral History Project that helped a great deal in putting together the story of Magashule's earlier years as a political operator. I had got hold of the transcripts of the oral interview with Magashule, which dated from some point in the 1990s. Magashule's own account of his background in the struggle and his position and responsibilities within the broader liberation movement was a very useful base for the book's first chapters.

Those who have read the book would know this account was infused with ample embellishment, a conclusion I had managed to reach by comparing Magashule's hagiography to the recollections of other struggle figures, whom I had interviewed, and other documented material. As far as the latter is concerned, the labyrinthine archives deep below the big public library in downtown Johannesburg was a wonderful source of information. In that quiet, gloomy space, I found old newspapers that allowed me to seriously question the veracity of Magashule's supposed struggle heroics.

But the brunt of the book's focus was always going to fall on the more contemporary tale of Magashule's conduct as a senior government official and prominent ANC figure. In this regard, I took a wholly investigative approach. I used a great deal of my year-long research and writing journey to examine and unearth indications of the fully-fledged state capture operation that Magashule, in my view, had presided over.

I purposefully avoided regurgitating well-known corruption scandals such as the Estina dairy saga, and instead set out to find and investigate ones that were still wrapped in secrecy. To do this, I travelled to the Free State on several occasions to meet with sources. My source base gradually expanded and I managed to secure documents and other material that helped me prove the veracity of some of these allegations.

My biggest single coup was securing the so-called IgoFiles. This is the name I gave the batch of documents and financial records which enabled me to put together the story of the Free State's R255m asbestos scandal. It was like my own mini #GuptaLeaks moment. Though not nearly as extensive as the #GuptaLeaks, the IgoFiles were tremendously important, seeing as it directly placed Magashule's fingerprints on the dodgy asbestos deal.

It was a hugely powerful moment for me when, more than a year after Gangster State was published, the National Prosecuting Authority charged Magashule in relation to this very contract first exposed in the book.

What was the most surprising detail that your book reveals?

The Free State asbestos saga was surprising in the sense that it finally placed Magashule's fingerprints on an allegedly corrupt government deal. For years Magashule, who appears to have been a wily operator, managed to avoid such direct exposure. Another revelation, one that got less attention, was the story of Magashule's visit to the Gupta residence in Johannesburg along with then Bloemfontein mayor Thabo Manyoni. This reaffirmed the extent to which Magashule had been tapped into the Guptas' state capture operation, this while running his own alleged corruption network down in the Free State.

After going through what you have when this book was published, what advice would you give other writers/journalists?

If you intend to write a book about someone as powerful as the subject of Gangster State, don't take chances with your personal safety. I think we were all perhaps a little lackadaisical, especially in regard to the first, very chaotic launch event at Sandton City. Things could have turned very bad that evening. I am really glad it didn't.

What were the most difficult and the scariest parts of writing it?

The IgoFiles chapters were extremely difficult to put together. I had to transform a collection of e-mails, financial data and other material into chapters that exposed the inside of this dodgy government deal in a compelling and digestible manner.

The scariest part was travelling through the Free State on my own. I had received a few threats and had been warned how risky my research was. This always echoed in the back of my mind.

What do you want readers to take away after reading this?

A deep sense of shock and anger. People need to understand the mechanics of institutionalised corruption and its detrimental effects on a developmental state. I have hopefully illustrated how state capture impacts on poor South Africans, who are frequently the biggest victims of these plots. A well-informed and outraged society is a strong bulwark against corruption. It helps to foster a climate in which it becomes increasingly difficult to get away with such dealings.

I hope Gangster State illustrates the powerful impact that fact-based, long-form investigative journalism can have in a society hampered by corruption and other abuses. With this sort of storytelling, one doesn't really have a choice but to be truthful and factual. If one were to depart from those important tenets, the book would be buried by successful legal action. Thankfully, after having been on the shelves for more than two years, no-one has been able to silence the book through litigation or any other means.

Jacob Dlamini shines new light on an unexplored stratum in the many-layered history of SA in his social history, shortlisted for the Sunday Times CNA ...
Books
6 months ago

Mark Gevisser says he set out to illuminate the truths of the people he met.
Books
5 months ago