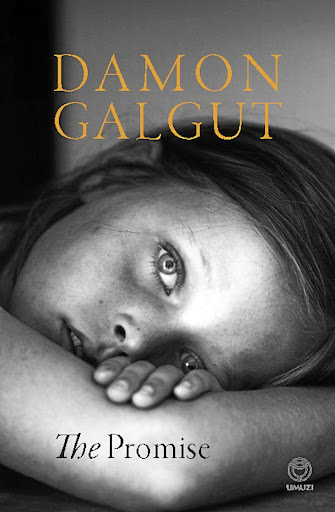 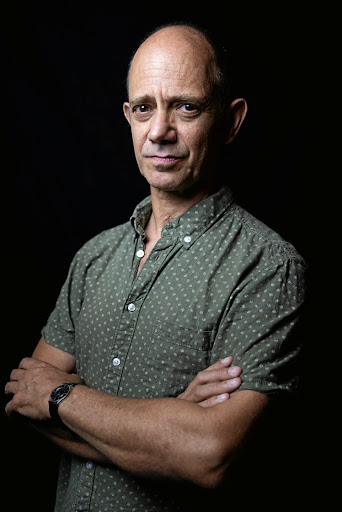 The Swart family lives on a farm in the stoney veld outside Pretoria. The novel tracks them over four decades, in four sections, beginning in the 1980s, during the state of emergency, cycling through the decades, and ending in 2018, with its power cuts and catastrophic water shortages. Each section is named for a character - Ma, Pa, Astrid, Anton - and begins at the time of their death or funeral. In the first, the family is gathered for the funeral of the mother, Rachel - daughter Amor home from boarding school, son Anton from his national service, extended family from around the country.

Amor, the youngest child, overheard the "promise" of the title, made to Rachel on her deathbed, by her husband, Manie. He agreed to honour her request to give their black servant Salome - she who has cared for Rachel at the end of her life - the little house she lived in on the farm.

When Amor tells Lukas, Salome's young son, that the house will soon be his, he is perplexed: "It has always been his house, he was born there, he sleeps there, what is the white girl talking about?"

Except that Manie doesn't give Salome the house. Amor, seemingly the only one with a sense of decency and kindness, badgers her father to honour his promise, but years go by, and Manie always finds a reason not to.

Literature and the Bible tell us that things generally don't go well for those who break their word, and so it is with the Swarts. Pa dies by snake bite, sitting in a glass cage of cobras trying to raise funds for the church - a biblical death, if ever there was one. The next generation does no better. There's betrayal. A violent crime. His parents' vow remains unfulfilled by Anton, whose own early promise as a golden boy and would-be novelist is fading into dissolution - perhaps damaged by a terrible crime of his own, committed as a conscript.

The Swarts can't escape their personal moral bankruptcy, the legacy of apartheid, or the political changes in the country. As SA emerges into democracy, the family seems to tip increasingly into dysfunction and disintegration, their power and influence inevitably in decline. Conflict, culpability and reparation are at the heart of the story - both the country's and the Swarts'.

The novel is steeped in politics, if not explicitly political. It touches on the pressing issues of the day over four decades - conscription, state violence, race, privilege and land ownership, to name a few. It's astonishing how much history Galgut packs into this short novel - even the TRC and Rugby World Cup get a passing mention - shouldering it lightly, without being swallowed by the sinking sands of trying to "explain" SA.

The novel is formally and stylistically innovative. Its narrative position is fluid and porous, skipping lightly between characters. At times, closely attached to one character, even falling into first person for a sentence or two, and then swooping out, detached, ironic and omniscient, even occasionally addressing the reader directly.

For all the narrator's easy access to the book's troubled characters, Salome's inner life remains a mystery. It seems we can only observe her with the absence of depth and interest that her white South African employers do. "She was with Ma when she died, right there next to the bed, though nobody seems to see her, she is apparently invisible. And whatever Salome feels is invisible too."

When the promise to Salome is finally fulfilled, it is imperfectly. Too little, too late. We are left with an aching sense of promise squandered. A promise not kept.

If it all sounds rather sombre, what with four funerals and the entire landscape of South African history to contend with, be reassured that The Promise is relieved by a light authorial playfulness, the sly observations of our slippery narrative presence, and some very funny scenes (some, not surprisingly, offered by religion - both the Swarts' stern Calvinism and the subsequent New Age searching).

Galgut's brilliant book is already being hailed as "best of ..." and "tipped to win ..." Whatever the fickle fates of literary honours decide, it is without question a compelling and pleasurable read that will move you and stay with you long after you put it down. @KateSidley

Booker Prize longlist gets intimate: the fulfilment of a promise?

Kazuo Ishiguro, Richard Powers and Rachel Cusk make the cut, and it could be third time lucky for SA’s Damon Galgut
Lifestyle
5 months ago

The 13 titles longlisted for the prestigious Booker Prize were announced today.
Books
6 months ago

Many great books aren’t on lists such as those of The Guardian and Time Magazine. They should be
Opinion & Analysis
9 months ago