My dad, the African dictator 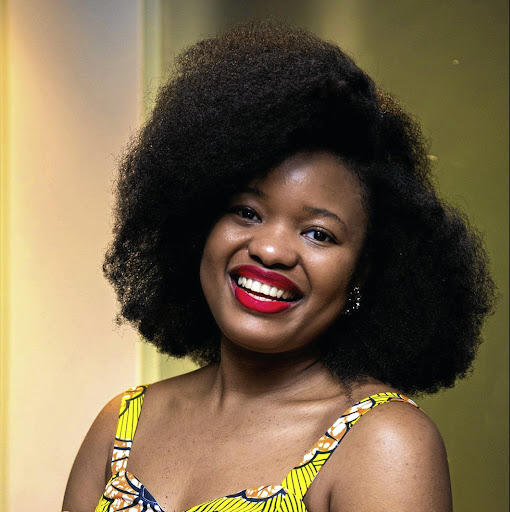 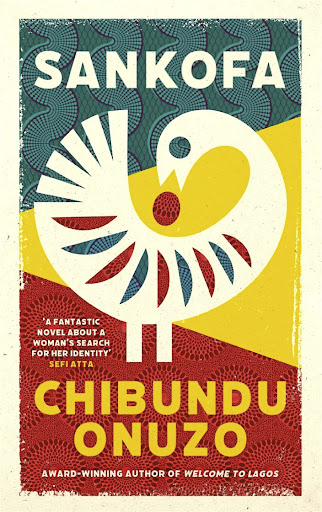 Chibundu Onuzo's colourful frock is our first topic of conversation on the Zoom call. It's summer in the UK, where the acclaimed 30-year-old Nigerian novelist has been based for more than 15 years; pubs have reopened and lockdown has been kind to her creative pursuits in that it gave her the time to record a soundtrack to accompany her latest novel, Sankofa.

Born in the fictional African country
of Bamana, Francis studied in London in
the 1960s, got involved in radical student politics, and returned to Bamana shortly
after Anna's mother discovered she was pregnant with her.

The novel opens six months after Anna's mother's death, when she happens upon a notebook hidden in a trunk under her mom's bed. She realises the author is her father, narrating his experience of 20th-century London: "London is afraid of me. Black man cannibal. Black man rapist."

She finds newspaper clippings published in The Times in the 1970s, featuring a photo of Francis. Unrecognisable as the dandy in London, he now has three designations: Kofi Ajai. Prime minister of Bamana. Dictator.

Sankofa - which translates as "retrieve" in the Akan Twi and Fante language of Ghana and is often associated with a mythical bird and the proverb "It is not wrong to go back for that which you have forgotten" - originated from Onuzo's PhD on the West African Student Union, founded in 1925 in London.

Describing the students as "a massive incubator for nationalist politics in London", she says she met people like Francis who had fathered mixed-race kids and returned home to Africa.

"I read first-hand accounts of the students, so I wanted to write in that voice," she says of her decision to employ the first-person narrative. "And at the same time I wanted to tell the story from Anna's perspective. I was just more drawn to the story of the children, the children of these so-called 'great men'," she relays accompanied by finger quotes. "A lot of great African men have children all over the place!" she laughs.

As for the diary entries?

"Francis kept a diary because he found the experience of being in London alienating," Onuzo says. "He's not the type of character who is reserved or introverted."

Onuzo found similar accounts of African men arriving in London who "were expecting a welcome and didn't receive it".

"I don't think Kofi is the type of person who would keep a diary," she muses of the freedom-fighter-turned-dictator, adding that Francis's diary was penned during "a specific window into his life when he was feeling alienated and forced him to be introspective".

Anna observes: "The man in the diary was my father and the man on Wikipedia was also my father. If he had done what the internet alleged, then he was to be feared, not sought out. I was repelled by Kofi and drawn to Francis."

Onuzo says: "Some of the children were interested in finding their fathers. To reconnect, to go home. Others thought 'No, actually, I'm good, I have a family here, I have an identity, too.' For Anna that's something she needs to get: a sense of identity and a sense of self.

Anna discovers he is still alive. She travels to Bamana and secures a meeting with the imposing man who speaks with an upper-class British accent, owns a palatial country home, walks like a soldier, and doesn't recognise her until she reveals who she is.

A perspective shift occurs in Anna, says Onuzo, as she realises that "this is not Francis, this is Kofi. Francis has disappeared".

Nonetheless Anna eventually comes to an acceptance that "this is my father".

Of her decision to create a fictional country, Onuzo says: "If it was any other real country that has a real history there wouldn't have been much space for imagination. The story of Bamana is not the story of one single African country, it's the story of many: countries where there was so much enthusiasm, so much excitement, so much hope post-independence. Many post-independent leaders squandered a lot of that hope and optimism."

Upon arriving in Bamana, Anna is described as a "half-caste" by one of the many half-siblings Kofi introduces her to, the glamorous Afua.

"It's a common experience with mixed-race people, especially in an African context where they have a much lighter skin," Onuzo says. "That's what she has to learn: a sense of awareness."

Over lunch at a swanky Lebanese restaurant, Afua - addressed by the staff as "Her Excellency" - asks Anna what it was like growing up in England.

Yet Onuzo's experience of the UK is "not anything like Anna describes".

"Anna comes from a particular generation. This comes from talking to people's lived experiences. She grows up in a fairly working-class white environment where she stands out," Onuzo says, comparing the council estate where Anna was raised as the antithesis of multicultural neighbourhoods like Brixton or Notting Hill "where there are loads of other black people".

"She looked back on her life when she turned 40, when she feels 'there's a lot I've given up on, I gave it up because I got married, had a child, and my husband cheated on me'," Onuzo says of her decision to create a middle-aged main character grappling with her everyday life and identity.

An unexpected source that "helped in writing this book" was that of a British radio programme, Women's Hour, aimed at an older demographic, the millennial novelist says.

Just as we're about to discuss Anna's 25-year-old daughter, Rose - who has a white father, and can be described as white-passing - a power-cut interrupts the conversation. Once reconnected, I comment on Anna's determination to reiterate to a teenaged Rose that race is a social construct, to which Rose responds "it doesn't matter anymore, Mum. Nobody cares. We're all the same."

"It's easier for her to say," Onuzo says. "She looks white, and unless she discloses that she has a black mother, no-one can tell. For Anna it's different: she's physically different and being singled out. She marries a white man, so she's physically different from that family. That's why she identified with Francis so much. Her mum, as well-meaning as she is, couldn't understand that."

The title aside, birds are frequently mentioned throughout the novel. Is there a deeper meaning to this?

"That must have been happening on a subconscious level!" Onuzo laughs. "Often when you're very absorbed in a book your subconscious is just bubbling away."

This layered and complex literary debut explores how to balance the world and one’s inner life, writes Tiah Beautement.
Books
9 months ago

Rešoketšwe Manenzhe writes about the genesis of her debut novel, shortlisted for the 2021 Sunday Times CNA fiction prize.
Books
5 months ago