With the death of her father and an ill mother, Tiah Beautement is unconvinced by Kate Mosse’s book. 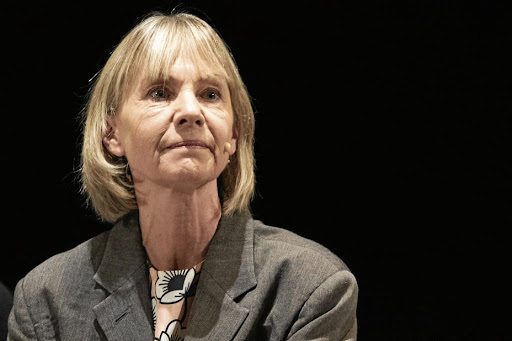 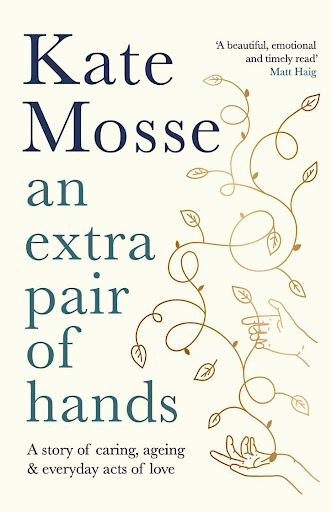 It is surreal to read a memoir on being a carer while your mother has Covid due to her carer. The carer made the personal choice not to be vaccinated and to continue working after her husband was exposed to the virus. So now I wait, over 14,600 kilometres away, to find out if a post-stroke elderly woman with a plethora of pre-existing conditions will survive.

Kate Mosse felt it was a privilege to be a carer for her father, mother, and mother-in-law. But the memoir is less about being a carer and more of a biographical tribute to her parents and on grief.

I do have empathy for grief.

Mosse acknowledges how Covid has changed caring, even for her family. My parents' journey from husband and wife to carer and dependant began on the cusp of the pandemic, January 2020. My mother had a stroke. One of my brothers lived in the same town, and he and his wife tried to help. As much as one can when there is a toddler and a newborn due at any moment. My sister came twice, living "only" a 10-hour drive away. My other brother did what he could from the other side of the country.

Then there was me, living in the wrong country, on crutches, headed to a double operation in a matter of weeks. But I was the person my father could call at 3am his time because I would be wide awake. I ordered devices and water flavouring off Amazon when he couldn't get her to drink. I went to Google on how to fix their dishwasher and other devices, coaching on the phone.

My father was still working full-time, running his own business. There was debt and health insurance to pay for, after all. So it was me who bullied him into finding a carer in an area where there is a profound shortage. Eventually, a university student who was at home recuperating from a car accident was hired part-time. The "extra pair of hands" could make calls, transport my mother to various therapies, cook, dole out medication.

Then lockdown arrived. Gone was the carer, the post-stroke therapies. It was now him, working full-time at home, caring full-time at home. It stunted her recovery. Meanwhile, my mother, a hospice nurse 20 years ago, used to talk about the phenomena where the carer in the marriage often dies first. How prophetic.

It was February 2021 when my father began showing symptoms that something was wrong. But he didn't have time; he was working and caring. Besides, doctor's appointments were hard to find.

Mosse talks about how even people living far away are still carers. It's more like being the cursed Greek woman Cassandra. Easter Sunday was the last time my father and I spoke verbally. His next appointment wasn't for weeks. I wanted him to go directly to casualty. He worried about leaving her alone. I said, "Better to leave her three days than for the rest of her life."

He moved his appointment, but it was still over a week away. He still cared for my mother. He still went to work. Until he walked into his office that last time and his secretary said, "Hell no," and phoned my brother. He drove dad the 2.5 hours to one of the best cardiac hospitals. My brother wasn't allowed in due to Covid protocol. Tests were scheduled for the next day.

My sister phoned my father at the hospital on FaceTime, talked loudly, trying to get the exhausted and overworked staff's attention that this was urgent.

My father died just before midnight.

Mosse writes about her parents' funerals. I didn't go to my father's. I watched on WhatsApp from my bed from 11pm into the new day. It wasn't an easy decision. Despite SA being banned, I have a US passport. There were ways. But what if I got stuck? I am caring for people here too. How would they cope?

Caring for somebody with mental health issues has been like no other experience. You help but can't. Lots of walks. I also started a garden, trying to feed the mental illness away: pesticide-free greens fertilised by my chickens, home-made bread, everything from scratch. It didn't work. We eventually paid for professional help. The doctor advised dark leafy greens.

Yet grief is needy. Grief can be selfish. Grief has wants: hugs, companionship, understanding, to physically touch objects that were his. So grief urged me to go, despite my uncertainty of another's mental health.

However, in addition to the complicated logistics was the undeniable fact that, unlike my US relatives, I wasn't yet vaccinated. SA is behind. I couldn't stop the list of names scrolling through my head, including my uncle with cancer who'd lost his brother, my mother who'd lost her husband.

I couldn't do it. I could not risk so many lives for my selfish grief.

My mother's carer had less qualms on being a potential carrier of death. As an unvaccinated health worker, she not only infected my mother but her two colleagues who are vaccinated. While the carer who got everyone sick recuperates at home with her infected husband and four children, the rest of us panic. My mother now lives near her sister, who is now infected. Her sister is a primary carer for her grandchildren, and part-time carer for others, including a baby less than six months old.

I'm still stuck in SA waiting for my second vaccination, while my siblings faced unpaid leave and expensive plane tickets. Then how long before they could safely return to care for their children after caring for mom?

It is one of the other carers who solves this, unasked. Already infected by her thoughtless co-worker, unable to care for her other patients, she has decided to temporarily move in with my mother. I suspect the carer's choice is financially motivated.

Caring has a gritty and hard side. It can smell, cause injury, leave you exposed to verbal abuse, and create financial distress.

Meanwhile, Mosse's memoir is shiny and sweet. It reads like those saccharine birthing tales that say women forget birthing pains the moment their baby is placed in their arms. Mosse's husband and sisters are loving, supportive, and perfect. Her only complaint was her friends distancing themselves.

Loss in a pandemic means all the usual support systems are gone. My friends have problems, dealing with their own crises, few could help. What I was not prepared for was the selfishness this pandemic created. All I asked was people to not ask me for favours. "It's just a small, easy thing..."

No, nothing is easy when you are working, raising a family, caring, and being a Cassandra: waking up in the wee hours because of time zones, trying to problem-solve from 14,600 kilometres away. Watching in horror from a distance as my predictions played out. A car accident. A suicide attempt. My mother fleeing her grief and support system for a new town in another state. But I wasn't there. I have no idea of the burden on the shoulders of those on the front lines.

Mosse has kept working alongside her caring. She says, "It's so hard to write when your heart is breaking."

I've duct taped mine, pumping out an average of 2,500 words a day ghost writing, teaching, and other gigs, seven days a week. I've had no choice, for the pandemic has brought financial uncertainty to many doors, including ours. But it is also a welcome distraction as I anticipate the next phone call, the next crisis, the next, "Now what?".

Grief must wait for another season.

Diane Awerbuck reviews Joanne Hichens’s devastating and passionate memoir about her husband’s death and how we mourn.
Books
1 year ago

"No book was more difficult for me to write than 'A Childhood Made Up'."
Books
1 year ago