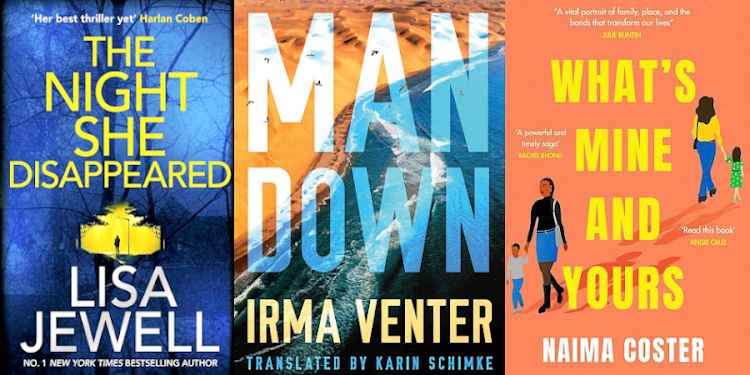 An elegantly written book that keeps you guessing until the end, a thrilling romantic crime story, and a novel recounting generational pain and love - here's what we read this week.
Image: Supplied

Tallulah and Zach go on a date, leaving her mother with their year-old son. They never return. We find out that Tallulah was a studious 18-year-old who fell pregnant by her childhood sweetheart - who left her holding the baby for six months before begging forgiveness and moving in with them. At college Tallulah goes out of her way to meet the enigmatic Scarlett, provoking Zach's ire. He wants to get married, but Tallulah feels restrained by his controlling behaviour. To ease the tension, the couple go to the local pub where Zach plies her with champagne. Then Scarlett and her gang arrive. Zach is suspicious but eventually joins in on the tequila shots. The group later take the party to Scarlett's mansion, and that is the last anyone sees of Tallulah and Zach. Scarlett and the others say they left to catch a taxi home. A suspenseful, elegantly written book that keeps you guessing until the end. Gabriella Bekes

Irma Venter's sequel to Hard Rain is now available in English. This thrilling romantic crime story sees Ranna, aka Black Widow, being tracked down in Mumbai. Her former lover Alex Derksen is missing. Risking her freedom she ventures back to SA only to be confronted by the ghosts of her childhood. Will she be able to save them both? This fun weekend read can be read as a stand-alone. It is well paced, has well-developed characters and an intriguingly intricate plot. Tiah Beautement @ms_tiahmarie

It's 1992 and Ray is baking croissants. He hopes his life is about to change and has mapped out what his future will look like if all goes according to plan. It doesn't. He's in the wrong place at the wrong time and is shot and killed. Fast-forward a few years and we meet Lacey May Ventura. She's trying to raise three daughters. Her husband is in prison and she is barely making ends meet. In between the past and present, the reader meets the children of these characters. Generational pain and love are sprinkled in between a powerful cast of characters. The book quickly became a New York Times bestseller, and it's no surprise. As the stories are told, and the impact parents' decisions have on their children emerges, readers are bound to reflect on their own upbringing and how the traumas of the past have made them who they are today. Jessica Levitt

An original book about a Hotel California-esque boarding school, a compelling read about a man who spent over two decades in solitary confinement, ...
Books
6 months ago