The authorised biography of Philip Roth does nothing to resolve persistent questions around his alleged misogyny, writes Tymon Smith. 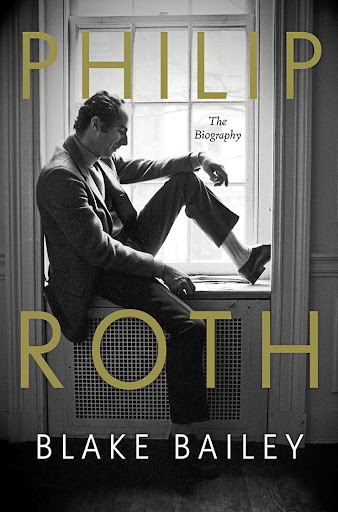 In the first weeks of its publication in April this year, an assessment of celebrated literary biographer Blake Bailey's much-anticipated authorised biography of Philip Roth - one of the greatest voices in American letters who died in 2018 at the age of 85 - was a seemingly straightforward task. Bailey, who has written prize-winning biographies of Richard Yates and John Cheever, had been given the nod to be Roth's Boswell by the writer in 2012, and was granted exclusive access to a treasure trove of personal papers and correspondence that Roth had ordered his literary executors to destroy or lock away forever following the completion of the biography. He also made sure that Bailey would have access to his friends and family for interviews, believing that finally he'd found a biographer worthy of the task that had consumed Roth for much of his later years.

That task was to counteract the relentless accusations of misogyny levelled against him by feminist critics and the allegations of emotional abuse contained in his ex-wife British actress Claire Bloom's 1996 memoir of their relationship, Leaving a Doll's House. The documents handed over to Bailey for this purpose included Roth's response to Bloom, Notes for My Biographer, which had remained unseen apart from a small circle of Roth's most trusted friends and readers.

When Bailey's 900-page magnum opus finally arrived, it was immediately and almost unanimously lauded by reviewers and accompanied by suitably glowing profiles of its author in the most revered literary pages and magazines.

Overall it appeared that Bailey had provided a sympathetic portrait of Roth's tumultuous personal relationships that softened his alleged misogyny into something more akin to a beleaguered rationalism that he fought to maintain in the face of "hysterical overreaction" from his partners to his determination to succeed as a writer who was first and foremost committed to a disciplined and rigid work schedule that he was married to above anyone or anything else in his life. Yes, there were times when he was cold and cruel, unfaithful and borderline inappropriate, but the work that he made from these moments was worth far more than the hurt feelings of those who he didn't always have the time or inclination to be as nice to as he should have.

And then, in a twist to the tale that many were quick to quip seemed to have come straight out of one of Roth's own fictional alter ego Nathan Zuckerman novels, a series of shocking allegations were made against Bailey that turned the focus away from the subject of the biography and firmly in all their sordid detail on the biographer.

Bailey, who had for years worked as a high school English teacher, was accused by a succession of his former female students of sexually inappropriate behaviour towards them when they were teenagers and grooming them for later uncomfortable and non-consensual sexual relationships with him, once they were of legal age. He was also accused by one woman of rape.

The publishers of the biography immediately announced an end to further distribution of the book, Bailey's literary agent dropped him and reviewers who had initially fawned over him and hailed his achievements attempted to make out they had had qualms about the book all along and that Bailey was always problematic.

Those who had taken a little longer to read the book and were only now submitting their appraisals inevitably read it through the lens of the accusations against its author and found it was replete with shallow assessments and dismissals of the women in Roth's life, and far too forgiving of his now obvious and even more awful than previously revealed misogyny.

Bailey for his part furiously denied all the allegations against him before retreating into silence. His fate remains to be decided. Another publisher has since announced it will take on distribution of the biography, which means that in spite of attempts to turn it into instant samizdat, it is at this time still available to read. However, unless you have been living off the grid in a cave in the outer reaches of Siberia, there is now no way to read the biography of Philip Roth free of the long, dark shadow that Bailey's besmirched reputation has cast over it.

Objectively, Bailey is a formidable writer and researcher with an enviable ability to link incidents from Roth's life, anecdotes and interviews with plot points and recurring concerns in his work and to carefully lay the pipe for his masterful slow-burn biographical narrative. He is excellent at extracting from the seemingly mundane events of Roth's Jewish Newark middle-class life the seeds of the many insecurities, anxieties and restless dissatisfaction that would animate much of his fiction throughout his life. He is good on Roth's long battle with the mainstream American Jewish community and their hysterical accusations against him that his darkly hilarious satirical lancing of their contradictions and foibles was anti-Semitism of the worst order and providing fodder for the initiation of an American holocaust. He is also engaging when mapping Roth's turbulent literary friendships.

But Bailey is, unfortunately for Roth and his ultimate goal of putting to rest all "this misogyny bullshit", no good when it comes to the women, often simply allowing Roth's version of events or descriptions of his wives and lovers to stand unchallenged as the final word that must override whatever these women have to say for themselves.

It is difficult not to see in Bailey's treatment of the women in Roth's life an unsettling tendency to not believe them and to brush aside anything that may make Roth look too bad or problematic that is motivated by his own behaviour and responses to the allegations against him.

The lines have ultimately been so muddied here that the objective resolution of whether or not Roth was as terrible to women as some have claimed remains a question that must be settled by another biographer who is not an alleged sexual abuser and rapist. One can only hope that the fabled for-his-eyes-only documents that Bailey was given access to will, contrary to Roth's wishes, not be locked away forever.

With the death of her father and an ill mother, Tiah Beautement is unconvinced by Kate Mosse’s book.
Books
1 month ago

Clear eye on a big year

It took decades for the family of Ahmed Timol to uncover the truth about their forbear’s apartheid murder, writes Tymon Smith
Books
1 year ago