Over the last five years of his life, Johnny Clegg put together recollections written in notebooks and on scraps of paper and dictated in voice recordings that would form the content for the book, writes Tymon Smith 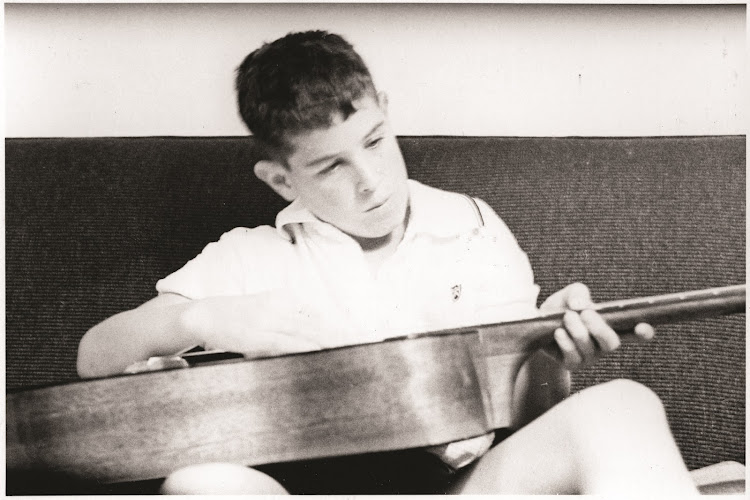 A young Johnny Clegg with his guitar.
Image: Supplied

Johnny Clegg was, as a well-loved and much celebrated icon of South African popular culture, well known to us. The broad outlines of his life story — his birth in Manchester in 1953; his upbringing in former Rhodesia, Johannesburg and Zambia; his return to Johannesburg; his fateful meeting with Charlie Mzila who first introduced him to the world of Zulu migrants and its dance and music; his even more fateful meeting with a young migrant who worked in the gardens of Houghton named Sipho Mchunu when Clegg was 17 and their subsequent friendship, which gave birth to the band Juluka — were often repeated plot points in the narrative Cleg presented to interviewers and audiences.

In other ways though, Clegg remained an enigma and continued to frustrate many people who were still on the fence about the idea that he could really be what he claimed to be — a white man who had found the answers to his search for meaning and identity within the traditions and customs of the Zulu people, and who saw his music and performance as a natural extension of his place within that society.

As Clegg told me in an interview in 2017 — while promoting his final farewell tour, two years before his death from pancreatic cancer — “I was inside a migrant culture and I was living it and I was dressing it and I was eating it, I was a complete devotee. There was something that I knew that they knew about life that my people didn’t know about life.” At that time Clegg was busy writing his autobiography, a task which we now know, thanks to the epilogue from his family, filled him with, “A great deal of self-doubt ... it was hard to know where to start and how to capture the essence of his story.” 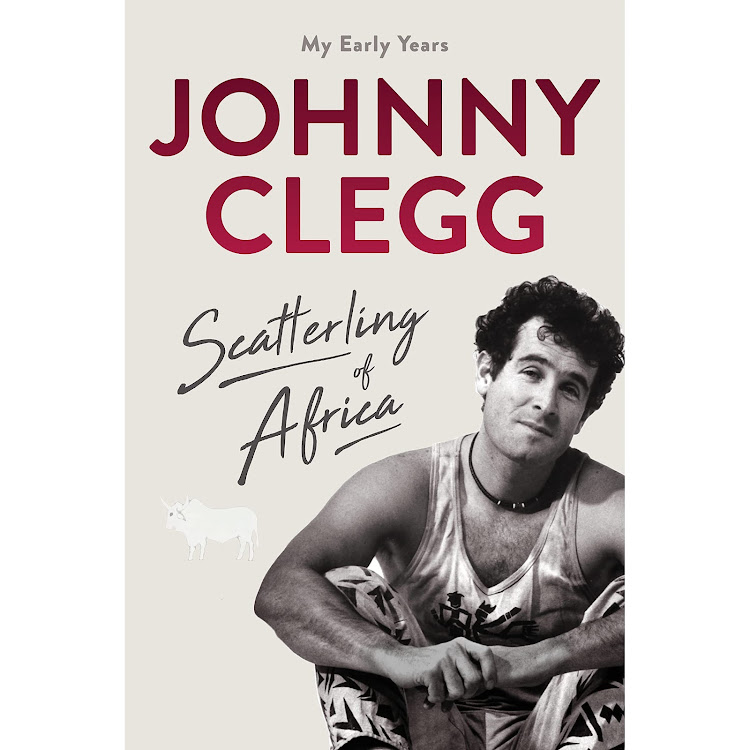 Over the last five years of his life, Clegg put together reflections and recollections written in notebooks and on scraps of paper and dictated voice recordings that would form the content for the book that remained unpublished at the time of his death. Deciding to focus on the events and influences that shaped him in the years from his birth until the formation of Juluka in the late 1970s and the band’s subsequent international success and prolific output until their break-up in 1985 — Scatterling of Africa is, like its author, not a straightforward or easily categorised product.

Its first sections offer a mostly chronological journey through Clegg’s early life and family background and the influence of his mother, Muriel, and later his stepfather, Dan Pienaar, on the shaping of his identity and attitudes to the absurdities of apartheid. This narrative is presented within Clegg’s view of his younger self as a boy without a father figure. Pienaar for a time filled that role in Clegg’s life and there are two particular incidents involving his stepfather — one that deals with the cleaning of a bicycle and another with his desperate need to evacuate his bowels while walking the dog on a Johannesburg evening — that Clegg lifts through his poetic and intelligent writing from the banal to the profound.

In our 2017 interview Clegg also told me that when it came to the world of the Zulu migrants who eventually gave him the masculine guidance he had been seeking throughout his younger life, he “was interested in the meaning and the significance that they gave to their daily lives and how they explained it, how they lived it and how it was represented in language, praise poetry, metaphor and proverbs. It was beautiful and it was a take on life that I found inspiring and original and tough and full of warrior values — but also with an incredible sense of humour. It was just an angle and an eye on the world that was cynically joyful.”

It is all of these things that most of Clegg’s autobiography is concerned with once he arrives at that fateful meeting with Charlie Mzila in the late 1960s. Clegg’s focus is on the untangling of the cultural, traditional and spiritual beliefs and practices of the men who gave him the identity that would shape the musical landscape of SA and the world. From dancing and music to stick-fighting, the role of bulls and the tricky wisdom of Zulu idioms — Clegg is there to guide us with the same sense of wonder, discovery and revelation that his own journey stirred in him half a decade before.

As he writes in the introduction to the book, “The shape of my story is not strictly chronological or linear. It winds through canyons of neural pathways with metal sinews hardened by the repetition of days. This flickering landscape is where I collect and make sense of all the incidents and the meanings that are attached to this gnarled mind’s eye like some ancient cataract. Existential archaeology. Digging around old geographies and awkward sites of personal struggle sifting through passing moments that carried hints of tomorrow and its promises, and then failed. Testing innocence and transforming innocence into endurance. To endure. To keep going. I kept going.”

We can only be thankful that he did.  — @tymonsmith

Music legend, 'migrant', activist, anthropologist, Johnny Clegg was all of them
Lifestyle
2 years ago