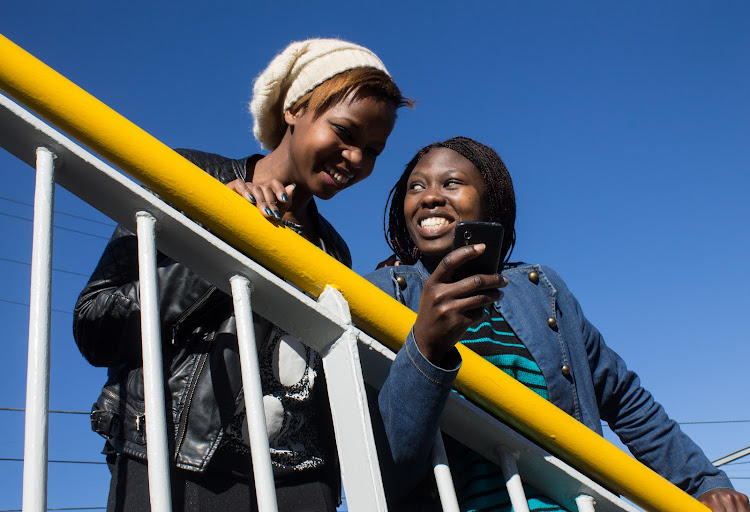 The FunDza Literary Trust's storytelling platform is zero-rated by all mobile networks so anyone can read the original stories, blogs and poems posted there for free.
Image: Supplied/FunDza

Diamonds and pearls. Roses and chocolate. Manicures and massages. This is what women want, right? Wrong. At least not according to the passionate women writers at the FunDza Literacy Trust who take on the mammoth subject of what it means to be a woman in this world.

FunDza is a not-for-profit organisation dedicated to getting young people reading, writing and learning. FunDza runs an online site that commissions and publishes relatable and appealing local content, and also publishes young people’s work. Every day about 15,000 readers spend time reading original stories, blogs and poems on the platform that is zero-rated by all mobile networks, so completely free for anyone to access.

November 25 marked the start of 16 Days of Activism Against Gender-Based Violence in SA. The campaign aims to raise awareness about the impact gender-based violence (GBV) has on women and children. In an ideal world, this campaign wouldn’t be necessary. However, SA’s GBV problem is a scourge that intensified during lockdown.

In a society where women are marginalised, abused and discriminated against, female voices are becoming more and more important. FunDza is providing a platform for such voices to challenge patriarchal norms and tackle some of the country’s most pressing gender-based issues.

One might think subjects like consent, relationship power dynamics and teenage pregnancy are hot potatoes, but FunDza writer Tamica Mopp has taken on this challenge in her column Girl Talk.

With ease and finesse, Mopp speaks to readers as if she were a long lost friend, a sister even, shining light on her experiences as a woman with the hope her readers will relate, find hope and be inspired.

The bravery and vulnerability Mopp exudes is immeasurable.

In one article, Dealing With Sexual Abuse, she says: “One afternoon in December, that musician with beautiful hazel eyes took the one thing I had hoped to save — he never asked for it, he simply took it. Yes, I was raped. Raped at 19 by the one person I thought wouldn’t do that.”

Mopp ends the piece with a call to action, a hallmark of her columns, showing a responsibility to her audience to not only share her trauma but also to help her readers feel less alone.

“If you are being sexually assaulted at school or work, report it to the school principal and HR. Always talk to someone you trust. If that person does not believe you, tell someone else, but do not keep it to yourself. Your healing is important.”

To date, this column has received 72 likes and 16 comments. The comments overwhelmingly show appreciation for what Mopp is doing with her writing and is testament to her unique ability to connect to the heart of FunDza’s women readers.

The need for articles like this is greater than ever. While statistics on rape and sexual violence in SA are difficult to come by, it is possible to say the numbers are frightening.

In a 2010 study by Gender Links it was estimated 25.3% of women in Gauteng had been raped. While this study was done a while ago, there are few signs things have changed, and it is a clear indication more needs to be done to end sexual violence.

Mopp is not the only writer tapping into this need for more depth when it comes to women’s issues. During Women’s Month in August this year, FunDza hosted a special series called “Women in the World”. The aim with was to encourage debate among readers by exploring unpopular opinions.

Take, for example, I Don’t Want to be a Strong Woman written by Simamkele Matuntuta. In this powerful essay, Matuntuta argues the widespread trope of the “strong woman” is unhelpful.

“It [the strong woman trope] allows the othering of women, and it further embeds the narrative that women are inherently weaker than men. This narrow viewpoint gives society the green light to perpetuate sexism, misogyny and patriarchy without any consequences.” Matuntuta writes.

As a writer, it can sometimes feel as if one’s words are lost in a black hole. This is not the case on the live.fundza.mobi platform. Here, readers are active participants in the storytelling journey.

“I feel exactly like the author but sometimes I would feel like maybe I am weak,” one reader comments on Matuntuta’s article. “But today I learnt I am not weak but a human and I deserve to be treated like one.”

It is safe to say SA has a long way to go to before women experience true freedom, but writers like Mopp, Matuntuta and others are doing their bit by using words which have the power to catalyse positive change.

In many ways, this is what FunDza aims to achieve – it provides a platform for readers, writers and beneficiaries to realise their power and agency, thus flipping the narrative about how this world could and should be.

What do women want? If these articles and comments are anything to go by, it’s not what people are sold in the mainstream media. Women want respect, dignity, fairness and justice — the basics that should be afforded to every human being.

During this edition of 16 Days of Activism, FunDza will highlight some of the most powerful writing on the topic on its homepage in an effort to stress the importance for change in not only SA, but also the world.

If you’re interested in exploring the power of story, a quality evident across FunDza’s work, head to live.fundza.mobi. Rest assured you will leave thinking deeply, feeling inspired and ready to challenge societal norms.

When the personal becomes political

SPONSORED | FunDza is an NPO dedicated to getting young people reading, writing and learning
Books
3 months ago

The Franschhoek Literary Festival board is delighted to announce the return of the festival.
Books
3 months ago

Knowledge is power, as the saying goes, and this is particularly true when it comes to financial wellbeing.
Books
5 months ago

Miss SA to donate copies of her book to help children overcome bullying & depression, here's how you can help

The beauty queen shared that for every book sold, one will be donated to Childline South Africa and The South African Depression and Anxiety Group ...
Books
4 months ago

Free online books, and data-free too

Book Dash﻿'s books are free for anyone to read online, download and adapt as needed.
Books
6 months ago