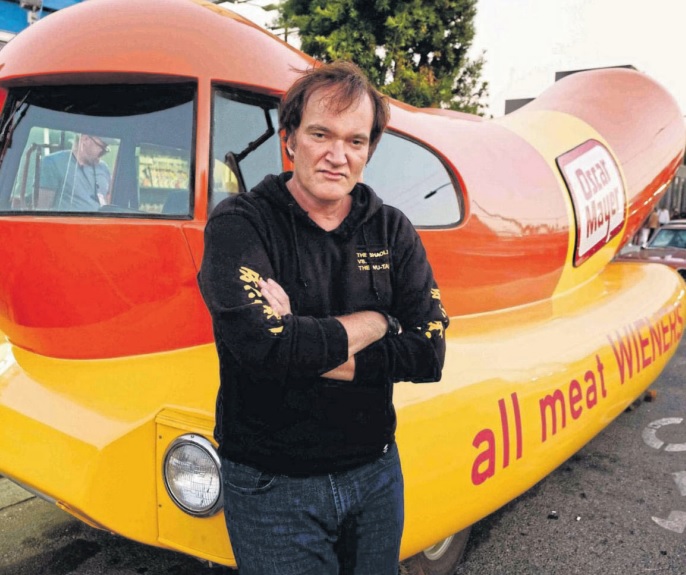 Quentin Tarantino takes a break from the movies and turns to fiction with 'Once Upon A Time In Hollywood'.
Image: Supplied 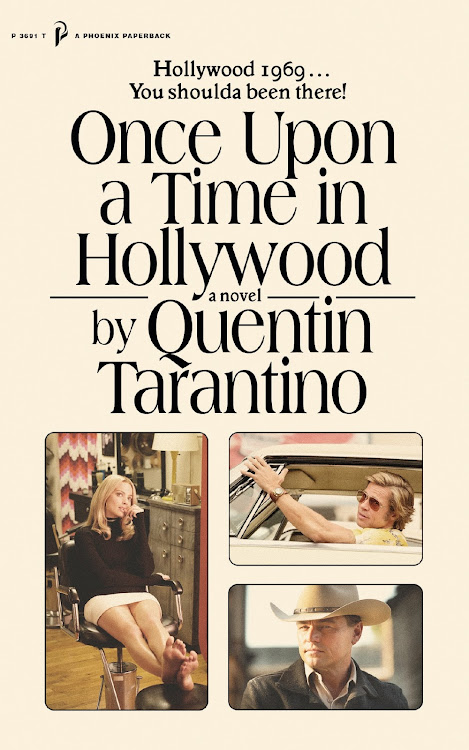 Tarantino's latest The book not the movie... Once Upon A Time In Hollywood
Image: Supplied

Once Upon a Time in Hollywood ★★★★
Quentin Tarantino
Orion, R215

Perhaps no purveyor of pop culture is a better champion of its value as American mythology than the high priest of high, low and everything-in-between art, Quentin Tarantino.

For his latest trick, the magician of pastiche and pop references takes time out between the release of his ninth film, the much acclaimed and Oscar winning Once Upon a Time... In Hollywood and an as yet undisclosed 10th and planned final film project to try his hand at fiction.

Removing the ellipses from the original title, Tarantino’s novelisation of Once Upon a Time in Hollywood is best enjoyed as an accompaniment to the film; those who have watched it will have an advantage.

Tarantino makes no claims at attempting to dazzle with his prose, or existential deep dives into the philosophy of his characters or sophisticated literary structure. Rather, the book is presented as a paperback thriller straight off a Hollywood drugstore shelf in the year of its setting, 1969, when, as the cover exclaims, “You shoulda been there!”.

Our main characters are still faded TV star turned cameo villain Rick Dalton and Cliff Booth, his all-American stunt double, personal assistant and best friend. This time, however, it’s Cliff whose story is more extensively explored and questions that were hinted at in the film are answered here, including the big one about whether he killed his wife and details of his fabled World War 2 service.

The villains of the piece are still Charles Manson and his hypnotised family cult but the film’s gory final scene, which Rick vaporises a troupe of dirty hippies with a flame thrower, is dispatched with a few brief sentences that give us an idea of what happened to Dalton after saving himself and his neighbour, actress Sharon Tate, from a bloody end.

Tarantino’s style is to offer a series of entertaining riffs on the lesser-known history of low-American pop culture, including the under-explored stories of directors, actors and shows from television’s post-war golden age; his beloved, underappreciated spaghetti western filmmakers and the performers of solid 1960s pop hits whose legacy has not been celebrated with the gushing plaudits reserved for The Beatles or The Rolling Stones.

The book comes complete with end-page adverts for late-1960s best-sellers such as Erich Segal’s Love Story, Peter Maas’ Scorpio and Elmore Leonard’s The Switch, and in its punchy, page-turning momentum, Tarantino’s extension of his conservative, anti-counter-culture vision of the death rattle of the 1960s echoes their style.

It’s unapologetically mass-market in its execution and intention and it joyously delivers on its unashamedly lowbrow terms. That said, Tarantino’s choices of which aspects of the film get more extensive exploration aren’t entirely successful. Several chapters are a long excursion into the backstory of the pilot for a western TV show in which Rick has a cameo as the villain. They appear to serve no reason other than perhaps how thoroughly he had originally conceived his actors but was unable to include the material in the film. You can comfortably skip these sections without losing anything.

If you liked the film, there’s plenty to love about the book. If you’re not familiar with the film then read the book and go back and watch it for a satisfying, inside-out adaptation experience that won’t disappoint. Tarantino succeeds in delivering an icon of pulp fiction that certainly makes you feel, as the film did, that 1969 in Hollywood was one hell of a year and yes, “You shoulda been there!”

We asked some of our favourite wordsmiths, authors and reviewers to tell us about their best reads of the year.
Books
3 weeks ago

Test your book knowledge with this 20-question literary quiz.
Books
2 weeks ago