Mila de Villiers chats to Isabel Allende, the grand dame of magical realism, about Violeta, her new book that spans 100 years and captures upheavals and triumphs synonymous with the 20th century 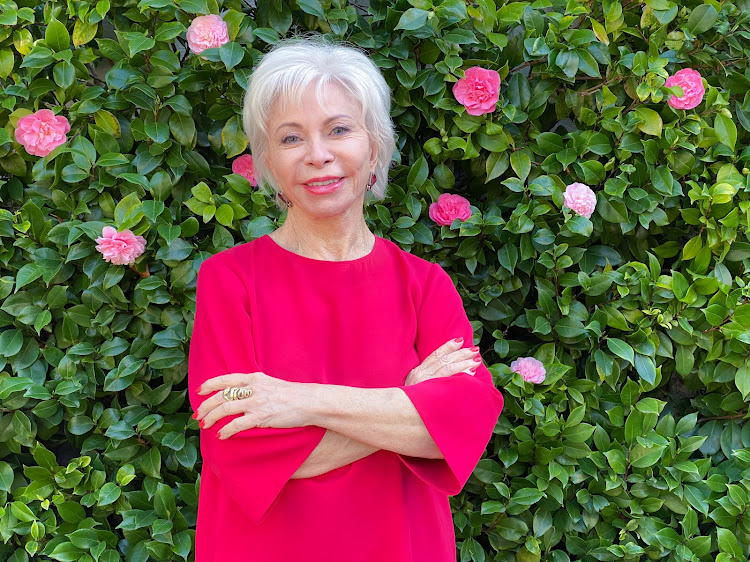 “I was born in 1920, during the influenza pandemic, and I’m going to die in 2020, during the outbreak of coronavirus. What an elegant name for such a terrible scourge. I’ve lived a century and I have a good memory, in addition to seventy-something diaries and thousands of letters as evidence of my passage through this world.”

In the concluding pages of Violeta, acclaimed Chilean author Isabel Allende summarises the narrative of Violeta Del Valle, the eponymous protagonist of her latest novel. Written in delicate and vivid prose, Allende creates a tangible reminder of history spanning 100 years by means of Violeta writing letters — while on her deathbed — to her beloved grandson, Camilo.

Allende describes the novel ending with the advent of the Covid-19 pandemic as “poetic coincidence”: she started writing Violeta in early 2020, by which time the pandemic had not yet reached the US, where she has lived since 1989.

“I started the book with the pandemic because my mother was born in 1920.” One of many similarities Violeta shares with Allende’s mother — memory and letter writing being two pivotal parallels.

“I know everything about my mother’s life,” she says. 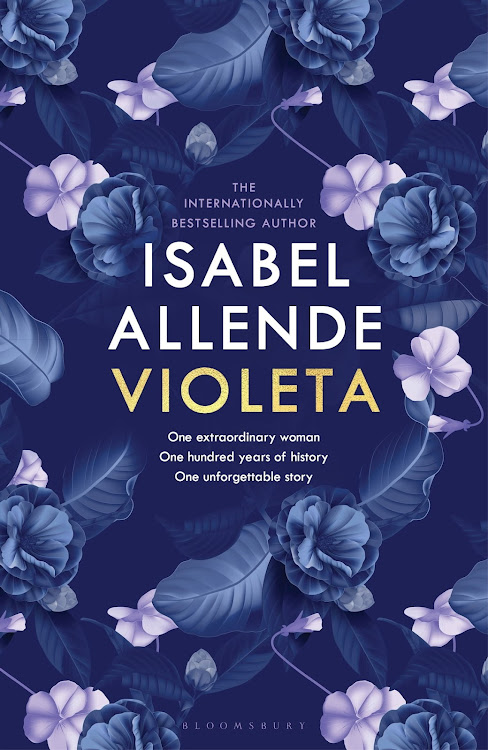 Allende’s debut (epistolary) novel which propelled her to international literary recognition, The House of the Spirits, was conceived when she started writing letters to her dying grandfather.  Allende comments that she wasn’t thinking of the specific genre while penning Violeta, saying the only similarities are that “in both cases it is someone writing to another to tell a story”.

Of her decision to write Violeta in the first person, Allende concedes she started writing her in the third person, realising by the end of the first chapter that “this is not working. I want to get the reader much closer to her.

“How would I justify telling her own story when she’s on her deathbed? This is a legacy to someone she loves.”

Born in an unnamed Latin American country which shares similarities with Allende’s heimat — coups, dictatorship, the elite forced into exile — Allende comments that Violeta “didn’t pay any attention to politics until her son disappeared; when she’s personally affected, then she gets involved”.

And involved Violeta is...

Her son, a militant leftist, escapes to Argentina and seeks asylum in Norway after a military coup. Her second husband is embroiled in covert moneymaking schemes with the CIA. Her daughter struggles with a drug addiction. And her beloved Camilo devotes himself to a life of priestdom.

Predominantly raised by a strong-willed, educated Irish governess (her hypochondriac mother garnering far too much joy from keeping track of current and past medications to be a present parent), and a prominent businessman father with political ties who commits suicide, Violeta bore witness to tragedy from a young age. 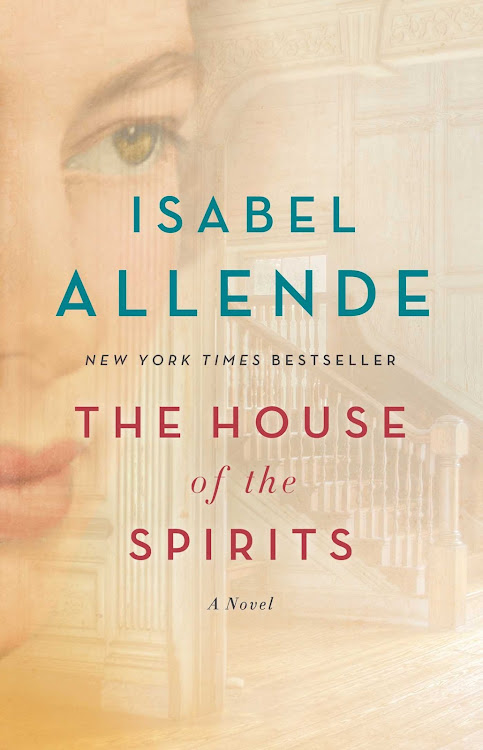 Allende's ‘The House of the Spirits'
Image: Supplied

From the Spanish Flu to the Great Depression; the ever-impending threat of communism to the fight for women’s rights, Allende captures upheavals and triumphs synonymous with the 20th century.

“I only included what was relevant in her life, what affected her life,” Allende says in response to how she decided on which aspects of history to include and exclude in Violeta.

“We go through history without noticing events.”

The historic win for a democratic Chile through Gabriel Boric being voted president was a political event Violeta did not live to witness.

“Violeta would have approved of it,” says Allende when the rhetorical question is posed as to how she would have responded to Boric’s win. Allende adds that the prospect of someone akin to Boric being elected president initially would have scared her.

“Conservatives believe their own terror campaign — that the country was going to be communist. It’s the same rhetoric as in the US,” says Allende.

“At the end of her life she had learned a lot,” she says of Violeta’s increasing social consciousness.

Allende compares deciding on what to include in Violeta’s life story to that of memoir writing: “You only pick up the highlights and the very low lights. The grey bits are lost.”

Like Violeta, Allende has a near-partisan approach to letters being “the way to keep memory alive”.

As for the role memory plays when writing fiction?

“Any author will tell you that memory and experience are as important as imagination. You build a story with imagination. ‘Why do we choose to tell that story?’” she muses. “In some way it is our story explored from different angles.”

Her introduction to exchanging letters started at 16, corresponding with her mother, who was living in Turkey at the time. “I wrote a letter to my mother every single day.”

Owing to the long time it would take for the letters to be delivered and replied to, Allende describes this writing process as “a monologue, not a conversation,” liking it to keeping a journal.

“That was my way of keeping alive every day.”

She attempted to continue writing to her mother — who died shortly before the pandemic — but “I cannot do that any more. It seemed too artificial ...”

Allende describes the fast-paced nature of the modern world as the reason why “communications have been reduced to a summary of thought.

Take note, dear reader, of this grim reality ascertained by an author whose eminent career stemmed from none other than that of the epistolary novel.

Allende has authored 26 books between 1982 and 2021: five works of non-fiction, three young adult novels and 18 novels. And yes, another novel is en route but — as Allende told me —she’s keeping shtum for now because it hasn’t been translated into English yet. (“I write all my books in Spanish,” she said during our interview. Trying my hand at pidgin Spanish I responded with an enthusiastic “Yo soy!” [I am!] She gently corrected me. (It’s “Yo sé!”).

She is the recipient of numerous accolades, including the Hispanic Heritage Award in Literature, the Chilean National Prize for Literature, the Hans Christian Anderson Literature Award, the Presidential Medal of Freedom, the Ansfield-Wolf Book Award: Lifetime Achievement, and was appointed an honorary doctor of humane letters from Whittier College. Her novels have been translated into more than 40 languages.

Allende aims to start writing on January 8 every year. “January 7 is scary! It’s good to have a day to start. My life is complicated, it’s hard to find time,” she said to me in relation to why she attaches creative significance to this date.

The twice-divorced Allende met her first husband Miguel Frías in Chile. Their daughter, Paula, was born in 1963 and died in 1992; their son, Nicolás, was born in 1966. Allende’s memoir Paula (1994) recounts her experience of tending to her firstborn who had fallen into a porphyria induced coma in 1991, dying a year later.

Allende divorced Frías in 1987, and married novelist William Gordon in 1988. The couple separated in 2015.

In 2019, at the age of 77, Allende married Roger Cukras, a lawyer from New York. Hesitant to remarry in her late 70s, as per a January 2022 interview with The Guardian’s Hephzibah Anderson, Allende describes “the last straw” as when Cukras’s granddaughter asked a school librarian if she had heard of Isabel Allende. Responding in the positive, the granddaughter replied: “She’s sleeping with my grandfather.” And thus the twosome were sold on holy matrimony.

Lives lived on a big stage

'A Long Petal of the Sea' is a masterful work of historical fiction about hope, exile and belonging
Books
2 years ago