What had started off as a fairy-tale romance with a man who appeared to be everything that TV presenter Tracy Going was looking for had quickly descended into a violent, abusive relationship. Here she recounts her ordeal

“You’re not allowed here,” I warned him.

Those were his words as he lumbered toward me with that loose, loping gait of a tall man. One who has spent a lifetime trying to shorten his stride so that others can keep abreast. 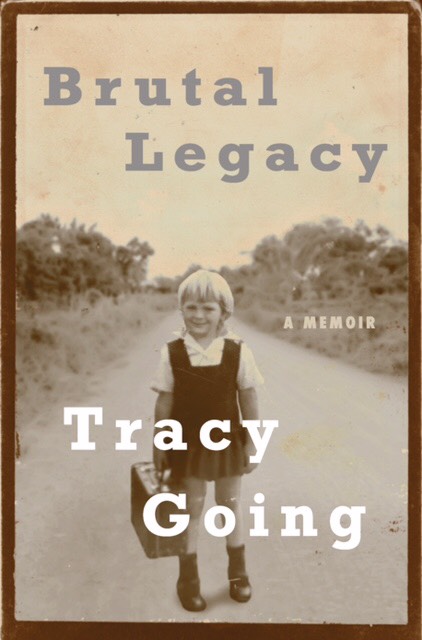 He was not a man who could be quiet.

His hands were lashing at the air, his shoulders twisting like shifting puzzle pieces. I was trying to put the pieces together, trying to make them fit, not quite certain how.

My hands were still suspended, fixed in mid-flick, adjourned, a deferred gesture indicating that he may not enter, when I pressed the remote and soundlessly closed the garage door.

Perhaps he heard my silence because suddenly he calmed, the tension draining from him as his shoulders dropped. He ran his fingers through his tousled fringe and looked down at me with such tenderness.

“I’m so sorry for what I’ve put you through,” he said, tilting his head. “Is there any chance of us getting back together?”

“Please give me another chance.”

I said nothing as I absorbed his now familiar words.

“Don’t make me beg … But I’m asking you to give me another chance.” His voice a little harder, more determined. He was looking down at his feet.

I watched him. I wanted to see the truth in his eyes.

But I couldn’t. He was still looking away.

Then suddenly something deep inside me shifted.

I was no longer lost in his dark, brown eyes with their thick, solemn brows.

I no longer saw the definition of his chiselled jaw, his high cheekbones or the endearingly flattened tip of his broad nose.

As his words melted and morphed, and the last five months moulded as one, his boyish nonchalance, his charm, dissipated.

All I could see were the lies, his disappearing for days without warning, the screaming, the threats, the terror, the hostage-holding, the keeping me up all night, the dragging me through the house by my hair, the choking, the doors locked around me, the phones disconnected, the isolation, the fear and the uncertainty.

I realised that it was never going to change. Never.

As I stood there in my own stillness, I knew that I had been holding onto something that never existed. I finally understood that this could no longer be my journey.

I could no longer give credence and value to his distorted perspective.

Was there any chance of us being together? No, there wasn’t. There would never be. Not any more.

It was finally over.

“No, I don’t think so,” I said softly, trying to find my voice. I didn’t want to anger him.

It took a moment for my words to register, then his face contorted in fury and his rage erupted in a deadly torrent of vile.

He’d bought two air tickets for me and my son to go away for a few days. It was supposed to be a healing getaway, to win me over after the night he’d driven me straight into my garage wall, shouting, “Tonight you’re going to die!”

It was an admission of guilt, a bartering for forgiveness, but I had preferred to accept it as a selfless and thoughtful expression of love and apology. He had also sent a bouquet of flowers, which had long since lost their allure and been discarded. The tickets were on my bedside table.

It was a short distance to my bedroom, but I moved slowly. I put one foot before the other and trod deliberately away from him.

It was only once I was in my bedroom, out of sight, that I rushed forward and reached for the tickets. As I did so I snatched at the remote panic button alongside. I’d recently installed the alarm system and kept the panic button poised and ready just in case.

I grabbed it and pressed down frantically, counting, one … two … three.

I tossed the panic button aside and bounded back across the room, to the doorway, making up time before slipping back out into the passage.

I was still trying to catch my breath as I glided back towards him, eyes lowered.

The tickets were in my left hand, carefully caught between thumb and index finger, and I was holding them up high, presenting them ahead of me like a floating, paper peace offering.

But he was having none of it.

He was in the hallway shuffling from one foot to another, immersed in a private dance of rage, as he fuelled his own fury.

Somehow, I met his rhythm, instinctively mirroring him, rocking ever so slightly from one side to the other, trying to make myself part of his harmony, trying to placate him, to send out a silent signal that I was not a threat and that I meant no harm.

But it was a hollow synchronicity.

But I lifted my head anyhow and as our eyes locked I saw the shine.

I saw how his pupils had brightened with the icy glow of anticipation.

He slammed his right fist into my eye.

The pain was instant. I screamed. My hands flew to my face and I spread my fingers wide as I tried to mask myself, but it was too late.

He hit me again.

I stumbled backwards, but quickly scrambled to my feet and fled to the lounge. I was in the corner, the curtain caught around me, when he upturned the coffee table. I was still screaming when he hoisted the TV cabinet off the floor and hurled it across the room.

Then he lunged at me, his hand clamped over my mouth to keep me quiet.

But I wouldn’t be quiet.

He gripped my head and pounded it down into the floor.

He was over me, his face so close to mine that I could feel his spit on my cheek as it sprayed.

I felt the cold glass. A shard from the shattered coffee table, and he was holding it tight against my cheek.

It took everything I had to twist myself from his grip. And then I ran.

It was my own dance of survival as I dodged him, the broken furniture, and my dog Garp.

I made it past the veranda, back out into the garden, before he caught up and I felt his hands slam down on my back and shoulders.

He threw me to the ground and Garp moved in to protect me. I was caught, tied up in a frenzy of my flailing arms, his kicking feet, and a black furry body with a wagging tail. It was impossible to fend off the blows and recoil from wet dog licks at the same time.

So I tucked my head in deep, curled up small and hugged myself tight.

I left Garp to his nuzzling and him to his heaving, kicking and grunting as I drew my arms in to shield me. Each time I gave in to a strike from his foot I was grateful that he was wearing his brown suede and not his usual heavy, leather boots.

I was still screaming when I heard voices from over the wall.

I heard pounding at my door, outside on the street.

I heard the wood splintering and I knew it was over. I was safe.

I stumbled to my feet and collapsed into the arms of my neighbour and his son. I sagged into them as they carefully lifted me and dragged me through the fractured wooden door.

I dropped my head and brought my shaking hands up to hide myself from those who had already gathered on the pavement outside.

My shouts had drawn passers-by. There were people standing on the other side of the road. The security guards had arrived and they too stood staring.

My neighbour and his son half dragged, half carried me past the gawking crowd, to the safety of their property. When they placed me gently on a chair it was only then that I looked up at them. They looked the same, both earnest and burly, just many years apart.

The kitchen was a cold, stark room, not the warm, cosy hub expected of a family home.

It was immediately obvious there was no woman in the house.

The linoleum floor was dated. So too were the chairs, with their spindly steel legs and black rubber tips. Remnants of an era long gone.

But the kitchen was spotlessly clean, clinical almost, and I was glad. I didn’t want clutter. I wanted space and quiet so that I could try to gather my thoughts.

The son bundled a crumpled, wet dishcloth to my face, and I held it tight to my burning eye. The pain was throbbing through me and the cold cloth pressed against the heat of the swelling brought some relief.

He then made sugar water but it sat swirling in the mug. I was unable to hold myself still enough to drink it.

Father and son had raised the alarm when they first heard my screams but the police were yet to arrive. I gave them my sister’s number. I knew my mother and her husband, John, were in Johannesburg for the afternoon and I wanted my sister to contact them so they could be with me.

There was no conversation between us as we sat there, waiting awkwardly. We just stared and waited.

I’d only met my neighbour a week earlier. When I’d knocked on his door, introduced myself and asked him to look out for me, it had been the first time I’d ever seen him. I had shamefully apologised for past disturbances and explained that I had a restraining order in place but that I feared for my safety.

As I sat there trembling, the pain stabbing at my temple, I wondered what would have happened had I not had that prefatory conversation. Would I even be sitting on his chair?

The police finally arrived and we made our way back to my home.

Again I kept myself tucked between my two neighbours. Passers-by still stood waiting and watching over the road and some of my other neighbours had come out too. I saw security patrol vehicles and police vans parked impatiently all along my grass verge.

The armed security guards had somehow prised open what was left of my door and had entered my property. They had also called for backup. Everywhere I turned there seemed to be men in uniform. I heard walkie-talkies and deep, unfamiliar voices.

My home had become a crime scene.

I already knew that the lounge was strewn with shattered glass, smashed picture frames and ornaments, the splintered remains of furniture. I stayed outside.

I left it to my neighbour to manage everyone around me and collapsed onto a chair on the veranda.

I needed to sit.

Garp followed me, but this time, as he moved in closer, there was no wagging tail.

We were both still. His head against my knee, my hand limp against his ear.

I leaned forward and held him tight before burying my head in the cold dishcloth, trying to numb the drilling pain and the horror of all that had happened.