Becoming Iman, the long-expected memoir by Iman Rappetti, is both moving and entertaining 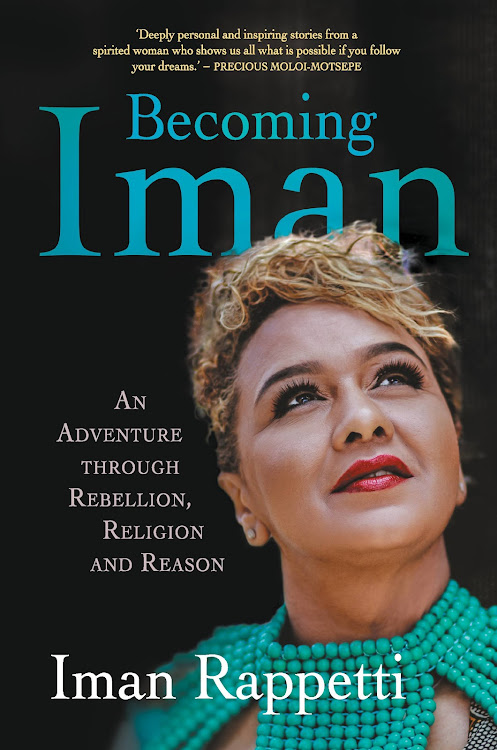 Iman Rappetti is an award-winning journalist who has been involved in print, radio and television.

She worked as a young journalist in South Africa and then abandoned it (along with all her worldly possessions) when she became Muslim.

She lived in the Islamic Republic of Iran for two years, where she also worked on a current affairs TV show for the state broadcaster before returning to South Africa and resuming her life here.

She describes herself as ‘the youngest of five children. One Rasatafarian brother (passed away), one ex-con brother (who can dance the pants off any woman and has a wicked sense of humour), another brother who’s a big shot in the marine engineering industry (he makes a mean curry), and a sister who has the thankless task of staying at home and raising the rugrats (she has a way with words, and also makes a kick-ass briyani)’.

In this moving and entertaining memoir, Iman shares stories and what she has learned from her colourful journey through life.

A senior eNCA anchor for 11 years, Rappetti left the broadcaster in April 2017 to spend more time with her family but continues to be on the airwaves hosting a weekday radio show on Power FM.