What makes I Want To Go Home Forever so powerful, is that the stories are told in the words used by the interviewees. It is a window into lived experience, and actually existing views

Generations of people from across Africa, Europe and Asia have turned metal from the depths of the earth into Africa’s wealthiest, most dynamic and most diverse urban centre, a mega-city where post-apartheid South Africa is being made. Yet for newcomers as well as locals, the golden possibilities of Gauteng are tinged with dangers and difficulties. 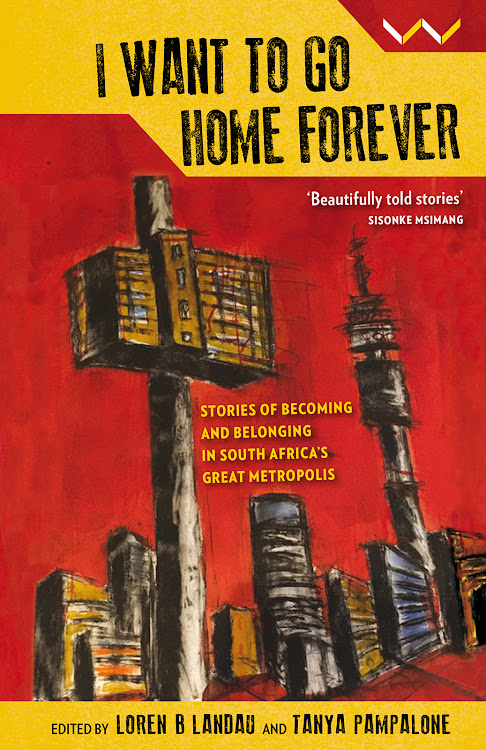 Chichi is a hairdresser from Nigeria who left for South Africa after a love affair went bad.

Azam arrived from Pakistan with a modest wad of cash and a dream.

Estiphanos trekked the continent escaping political persecution in Ethiopia, only to become the target of the May 2008 xenophobic attacks.

Nombuyiselo is the mother of 14-year-old Simphiwe Mahori, shot dead in 2015 by a Somalian shopkeeper in Snake Park, sparking a further wave of anti-foreigner violence.

After fighting white oppression for decades, Ntombi has turned her anger towards African foreigners, who, she says are taking jobs away from South Africans and fuelling crime.

Papi, a freedom fighter and activist in Katlehong, now dedicates his life to teaching the youth in his community that tolerance is the only way forward.

These are some of the thirteen stories that make up this collection. They are the stories of South Africans, some Gauteng-born, others from neighbouring provinces, striving to realise the promises of democracy. They are also the stories of newcomers from neighbouring countries and from as far afield as Pakistan and Rwanda, seeking a secure future in those very promises.

The narratives, collected by researchers, journalists and writers, reflect the many facets of South Africa’s post-apartheid decades. Taken together they give voice to the emotions and relations emanating from a paradoxical place of outrage and hope, violence and solidarity. They speak of intersections between people and their pasts, and of how, in the making of selves and the other they are also shaping South Africa. Underlying these accounts is a nostalgia for an imagined future that can never be realised. These are stories of forever seeking a place called ‘home’.

"Our neighbouring countries are taking advantage of the situation in South Africa. Their economies are struggling and they bring their unemployed or people who seek to survive to South Africa.

"It’s easy to go to South Africa illegally. In other countries you are asked to provide proof that you are able to maintain yourself over a period of time.

"They say in South Africa it takes R200 a day to survive and if you don’t have that, it’s hard for you.”

South African-born Kopano Lebelo, 55, was one of 13 people interviewed for a collection of stories titled I Want To Go Home Forever.

Lebelo’s story is not unique. He grew up during apartheid in a township near Pretoria before he was recruited by the ANC to recruit others into the struggle. He went into exile where he lived, studied and worked in various African countries and the United States, until his return to South Africa in 2001.

Despite his cosmopolitan experiences, he still holds the views and opinions echoed by many South Africans when it comes to the migration of other Africans to South Africa.

Lebelo shares views often expressed by grass-roots leaders in South Africa, as well as established political leaders such as Cope’s president Mosiuoa Lekota, who was calling for refugees to be placed in camps earlier this year. Johannesburg Mayor Herman Mashaba has also publicly blamed “illegal foreigners” for crime in the city.

What makes I Want To Go Home Forever so powerful, is that the stories are told in the words used by the interviewees. It is a window into lived experience, and actually existing views.