How is chieftaincy practised in contemporary South Africa?

Do traditional leaders partly owe their continued existence to an association with a precolonial past that we have been eager for, as recent calls for ‘decolonisation’ suggest? 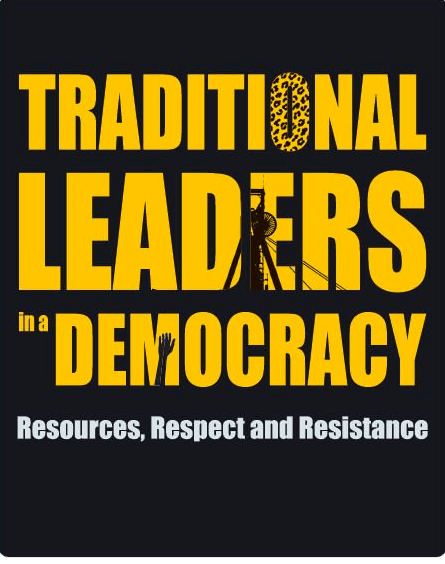 What should African pasts mean in postcolonial presents, as new modes of existence are being worked out?

How are the boundaries of contemporary ‘customary communities’ determined and on what basis is one a member?

And does it matter whether traditional identities are ‘authentic’, imposed,or chosen?

Do traditional leaders partly owe their continued existence to an association with a precolonial past that we have been eager for, as recent calls for ‘decolonisation’ suggest?

These are just some of the questions which MISTRA’s newest publication seeks to address. With recommendations on land reform, mining, legislation and gender policy, amongst many others, this edited volume explores how chieftaincy is practised, experienced and contested in contemporary South Africa.

It explores how those living under the authority of chiefs, in a modern democracy, negotiate or resist these politics in their respective areas.

This book argues that it is not traditional leadership itself that poses problems for democracy, but rather the ways in which the institution has been distorted in post-apartheid South Africa, often at the expense of ordinary people.

Contributors to the research offer alternative views of traditional leadership that are far more fluid, heterogeneous and participatory than the official story suggests, drawing on a history of customary law, chieftaincy and rural governance in South Africa which stretches back to the precolonial period.

The report makes a case for the fact that traditional leadership and custom are, and always have been,continuously in flux.

Mbongiseni Buthelezi works in various academic and activist capacities to do with how the state interfaces with citizens in areas that include land restitution, the role of traditional leaders in governance, heritage and public archives.

Aninka Claassens is a land activist and director of the Land & Accountability Research Centre (LARC).

Peter Delius has written extensively on rural issues and migrant labour, and in recent years has been deeply involved in research on land restitution and tenure reform. His most recent book is Rights to Land: A Guide to Tenure Upgrading and Restitution in South Africa (Jacana 2017).

William Ellis is a lecturer in the Department of Anthropology and Sociology at the University of the Western Cape, whose PhD research focused on the Khomani San of the southern Kalahari.

Nkosi Phathekile Holomisa (ah! Dilizintaba) is a traditional leader of amaGebe clan of Mqanduli, Thembuland. He campaigned for the meaningful recognition of the institution of traditional leaders in South Africa.

Sonwabile Mnwana is Associate Professor and Head of Department of Sociology at the University of Fort Hare and a research associate at the Society, Work and Development Institute (SWOP).

Sindiso Mnisi Weeks is Assistant Professor, Public Policy of Excluded Populations, in the School for Global Inclusion and Social Development at the University of Massachusetts, Boston. She is also Adjunct Associate Professor in the Department of Public Law at the University of Cape Town (UCT).

Fani Ncapayi is an Honorary Research Associate of the Centre for African Studies (CAS) and senior researcher for the Trust for Community Outreach and Education (TCOE) – a national non-governmental organisation (NGO). He is also linked with the land-based Cala University Students Association (CALUSA) in the Eastern Cape.

Nkosi Mwelo Nonkonyana (Zanemvula!) is head of the amaBahla clan. He serves as Chairman of the Congress of Traditional Leaders South Africa (Contralesa) in the Eastern Cape, as well as Chairman of the Eastern Cape House of Traditional Leaders. Trained as a lawyer, Nonkonyana is also an advocate of the High Court of South Africa.

Dineo Skosana is a lecturer at North-West University and a Wits History Workshop and City Institute affiliate.

Beth Vale is a researcher in the Humanity Faculty at MISTRA. Her research interests include everyday configurations of power and privilege in South African society.

Sithandiwe Yeni is the national coordinator of Tshintsha Amakhaya, a civil society alliance for land and food justice in rural South Africa and an Inaugural Fellow for the Atlantic Fellowship for Racial Equity hosted by the Nelson Mandela Foundation and Columbia University in New York.

The Mapungubwe Institute for Strategic Reflection (MISTRA) is an independent research institute that takes a long-term view on the strategic challenges facing South Africa.

MISTRA was founded by a group of South Africans with experience in research, academia, policy-making and governance who saw the need to create a platform of engagement around strategic issues facing South Africa.

It is an institute that combines research and academic development, strategic reflection and intellectual discourse. It applies itself to issues such as economics, sociology, history, arts and culture and the logics of natural sciences. For more, visit www.mistra.org.za.