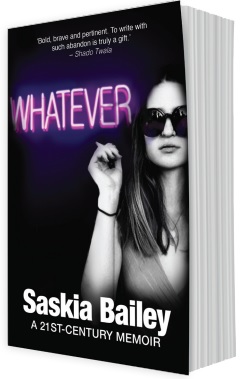 What happened to courtship?
Patience and looking out on this sphere,
Instead of into a crackling square

Thinking about the future used to make me very sad; sometimes it’d completely overwhelm me.

Almost like when I think about the universe – it’s so ridiculously big and nobody knows anything about it really and I just hate it. Space freaks me out. Just as thinking about my future does. I went to an astrologist who cleared up a few things for me, which helped relieve the terror a little. He told me I’d be able to support myself. That, for one, was good.

Also, that I’d marry for love, which surprised me because it’d mean someone would have to actually love me back for once. Unless they were marrying me for something other than love, which, given the life I lead and the guys I’ve dated, actually makes more sense.

Anyway, it made me feel a lot better about everything because I expected to be broke and alone, or dead. Things I don’t know anything about freak me out a bit. This doesn’t mean that I go and research everything like some mouth-breather, but you can see then why the future scares me.

Obviously, there won’t be any fish left, and manufactured meat and people zooming around with perms or, worse, bald. Robots will be romantic partners and things that shouldn’t be able to speak, will. Or, far more plausibly, there will be nothing.

Earth will be Mars and people will just be some distant joke. All that is likely to survive are those hideous little things in the deep, deep sea that Attenborough wanks about. Those things look too much like fucking aliens not to survive. When even those freaky balls of sick are no longer blindly floating under the massive gravity of the black ocean, we’re fucked.

I’m sure they’ll outlive us though. Even rats will most likely outlive us – they’re clever little things, aren’t they? They know what they need and I respect that in a mammal; their life’s purpose is pretty much just to scavenge.

The saying should be ‘scavengers will inherit the earth’, not the fucking meek – what an insult! The meek? God, the mere idea of meekness makes me nauseous. Strangely, though, in times of potential danger I always become meek as a way to avoid attack. If you make yourself small, it’s only proper fucking psychopaths who’ll still pursue you.

Kat actually surprised me once (she always does in some way) when we were ‘circulating canapés’ at a weird optometrist function. There were all these terrible middle-aged people pretending to be engrossed in the conversations they were having, and Kat hissed, ‘Stop making yourself small! They won’t respect you.’ It was so weird because I’m always hunching anyway, but she could pick up that I was doing some weird power play, which is so unlike me.

I guess I struggle with always switching between the person serving and the person being served. I’ve been both for a while and the whole thing almost feels hypocritical. If someone my age is asking me what drink they can bring me I cringe, but if some fucking prick isn’t grateful for the drink I make him, I want to spit in his face.

In the future, there’ll be clear lines to differentiate between the server and the served and I’ll finally make my decision to slot into one or the other. If there’s even time to get to that point. Because, well, the future is so bleak that you wonder whether there’ll be one at all. And I doubt there will be because everything will be nothing in a matter of about five minutes.

I’m sure this is a common opinion of people my age ’cause we’re all so gatvol with life in general. We’re apathetic and sometimes pathetic and depressed, the generation that just wants to eat ass and die. And if the future etceteras just want to die, no wonder any kind of future is incomprehensible.

People need to stop reproducing fat little babies with snot dried to their faces and start producing biodegradable water bottles instead. I’m deeply hypocritical, though, and I know it. Because in order to even begin trying to save the planet, it appears you need like 10 degrees before you’re taken even slightly seriously in the first place. And degrees cost money, and money has to come from somewhere, and there doesn’t seem to be a lot of somewhere at the moment.

So, basically, we’re all fucked.

I think it’s the poor of the world who are probably quietly pioneering ways to save the planet in their backyard. It’s definitely not the poor who are hopping from their Prius onto a private jet. My dad knows three families who quite literally drive a Prius and have Learjets. Now where on earth is the sense in that?

I hope I survive – and die only when I’m meant to die – and don’t run around on this big glob of dirt, suffering and trying to find clean water, only for the whole fucking glob to disappear beneath me and the last thing I’m met with is the glinty eyes of one of those fucking bile balls in the deep, deep sea. Whatever.