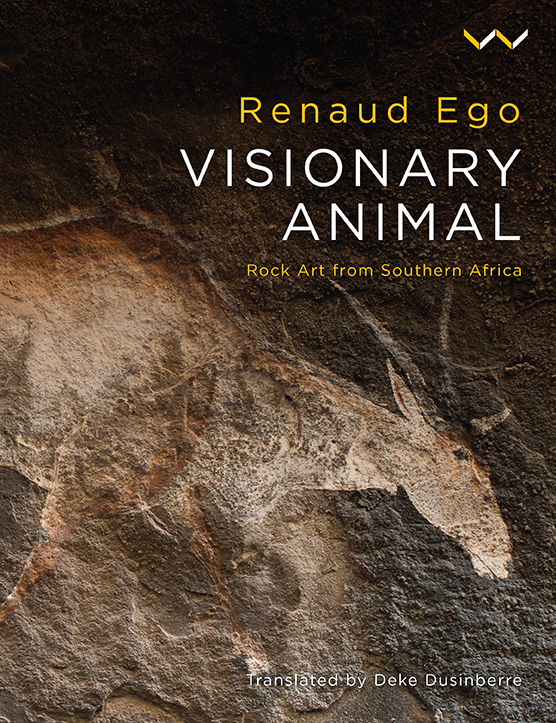 Why were depictions of animals a crucial trigger for the birth of art? And why did animals dominate that art for so long? In order to answer these questions, Renaud Ego examined some of the world’s finest rock art, that of the San of southern Africa.

For thousands of years, these nomadic hunter-gatherers assigned a fundamental role to the visualisation of the animals who shared their lives.

Some, such as the Cape eland, the largest of antelopes, were the object of a fascinated gaze, as though the graceful markings and shapes of their bodies were the key to secret knowledge safeguarded by the animals’ unsettling silence.

The artists sought to steal the animals’ secret through an act of rendering visible a vitality that remained hidden beneath appearances.

In this process, the San themselves became the visionary animal who, possessing the gift of making pictures, would acquire far-seeing powers.

Thanks to the singular effectiveness of their visual art, they could make intellectual contact with the world in order better to think and, ultimately, to act. They gained access to the full dimension of their human condition through painting scenes that functioned like visual contracts with spiritual and ancestral powers.

Their art is an act that seeks to preserve the wholeness of existence through a respect for the relationships linking all beings, both real and imaginary, who partake of it. The fundamentally ecological dimension of this message confers on San art its universality and contemporary relevance.

Visionary Animal is a translation of L’Animal voyant, published in France in 2015. This rich collection of essays is beautifully illustrated with the author’s photographs of rock art from across southern Africa.