Biology and history dance with the scarabs in this enchanting book 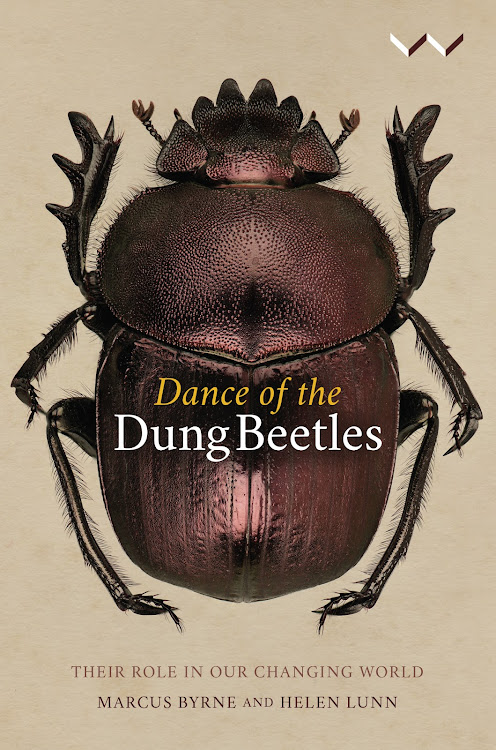 Dance of the Dung Beetles: Their role in our changing world.
Image: Wits Press

A brilliant and funny tour through mythology, evolution and the day-to-day innovations of scientific research … this is an entomological page-turner. ‘If there were no dung beetles,’ Byrne and Lunn write, ‘there might have been no human race … They literally change the earth beneath us.’ This book reveals that earthly transformation in fascinating and lucid detail.
— Bruce Beasley, professor of English at Western Washington University and award-winning poet

Biology and history dance with the scarabs in this beautiful book with its wide-ranging perspectives on our changing understanding and appreciation of these marvellous creatures.
— Jane Carruthers, Carson fellow and emeritus professor and environmental historian at the University of SA

… Dance of the Dung Beetles shows the delightful and charming side of the dung beetle enthusiast … scientifically rigorous and highly readable!
— Sandra Swart, Professor of History, University of Stellenbosch

The humble and industrious dung beetle is a marvellous beast: the 6,000 species identified so far are intricately entwined with human history and scientific endeavour.

These night-soil collectors of the planet have been worshipped as gods, worn as jewellery, and painted by artists. More practically, they saved Hawaii from ecological blight, and rescued Australia from plagues of flies.

They fertilise soil, cleanse pastures, steer by the stars, and have a unique relationship with the African elephant (along with many other ungulates). Above all, they are the ideal subject for biological study in an evolving world.

In this sweeping history of more than 3,000 years, beginning with Ancient Egypt, scientist Marcus Byrne and writer Helen Lunn capture the diversity of dung beetles and their unique behaviour patterns.

Dung beetles' fortunes have followed the shifts from a world dominated by a religion that symbolically incorporated them into some of its key concepts of rebirth, to a world in which science has largely separated itself from religion and alchemy.

With over 6,000 species found throughout the world, these unassuming but remarkable creatures are fundamental to some of humanity’s most cherished beliefs and have been ever present in religion, art, literature, science and the environment.

They are at the centre of current gene research, play an important role in keeping our planet healthy, and some nocturnal dung beetles have been found to navigate by the starry skies.