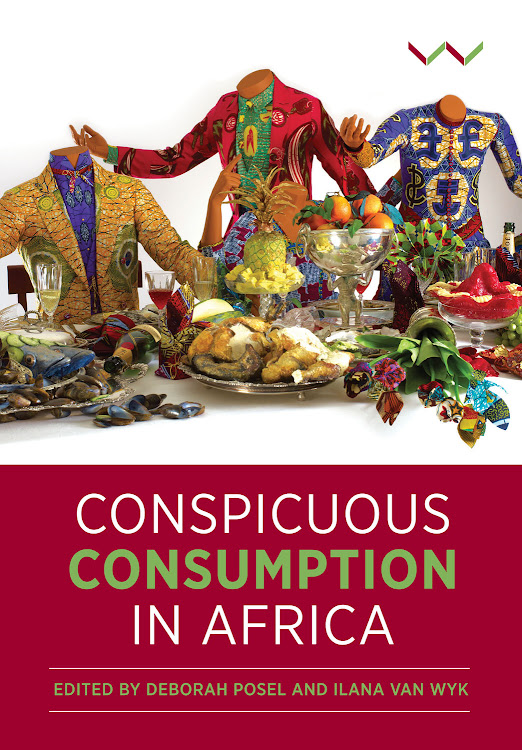 Thorstein Veblen coined the phrase "conspicuous consumption" in 1899 to describe status-seeking in the obscenely unequal world of late-19th Century America.

Many of the aspects he described in The Theory of the Leisure Class are still evident in our world today.

While Veblen's crude denunciation of material extravagance finds echoes in media exposés about the lifestyles of the rich worldwide, it is particularly recognisable in reporting on Africa.

Here, images of conspicuous consumption have long circulated in local and global media as indictments of political corruption and signs of moral depravity.

A new collection of essays explores the ways in which conspicuous consumption is foregrounded in various African contexts and historical moments.

The essays in Conspicuous Consumption in Africa put Veblen’s concept under robust critical scrutiny, drawing on theorists like Mbembe, Guyer and Bayart.

They delve into the pleasures, stresses and challenges of consuming in its religious, generational, gendered and racialised aspects - revealing conspicuous consumption as a layered set of practices, textures and relations.

The authors resist the trap of easy moralisation, pointing to more complex ethical and political registers of analysis and judgment.

This volume shows how central and revealing conspicuous consumption can be to making sense of the history of Africa’s projects of modernity, and their global lineages and legacies. In its grounded, up-close case studies, it is likely to feed into current public debates on the nature and future of African societies – South African society in particular.

According to Bridget Kenny, Wits associate professor of sociology, "This volume offers a summary of the relevance of consumption as a terrain of meaning-making to South African public debates. It will convince readers that much more is going on with consuming practices than the media sometimes solicits."

"In particular, it brings attention to an abiding tension in discussions around ‘consumption’: normative expectations of societal values entailed in such phenomenon as ‘conspicuous consumption’ are set against the symbolic practices illustrated through the performative, visual presentation of status (and claims and counterclaims to it)."

Added Robert Ross, professor of African history at Leiden University in the Netherlands: "This fascinating, nuanced and persuasive volume combines sophisticated theoretical expositions with a high level of empirical inquiry.

"Taken together, the essays provide an important entry into the study of consumption in Africa, and indeed make a serious intervention into current socio-political concerns."

Topics covered in the book range from early department stores in Cape Town to gendered histories of sartorial success in urban Togo; contestations over expense accounts at an apartheid state enterprise; elite wealth and political corruption in Angola and Zambia; the role of popular religion in the political intransigence of Jacob Zuma; funerals of big men in Cameroon; youth cultures of consumption in Niger and South Africa; queer consumption in Cape Town; middle-class food consumption in Durban; and the consumption of luxury handcrafted beads.